It's as deep and broad as you would expect from a great strategy game, but Europa Universalis III's most notable achievement is how easy it is to get into.

Europa Universalis III refers to itself as a "grand strategy game" on the game box, and developer Paradox certainly isn't kidding. It may "only" span just more than 330 years of Renaissance and Reformation history, but it lets you take control of hundreds of nations, using any means at your disposal to expand your borders. It's the kind of thing that historical strategists lap up but that often leaves others in the cold. Yet, if you've been intimidated by similar complex games in the past, it's time to rethink your position. Europa Universalis III is bursting with all the features armchair generals expect while welcoming newcomers with open arms and a friendly, intuitive interface. It improves upon nearly every aspect of its predecessors, and the result is an addictive and appealing experience, even for those who usually shy away from games with screenshots that look like a geography lesson.

At first glance, Europa Universalis III may remind you of a turn-based strategy game, yet it takes place entirely in real time. Still, you aren't apt to get overwhelmed, because you can slow the passage of time down to a crawl and pause when necessary, which is not to say that there isn't a lot to do and consider, regardless of how you adjust the game speed. From the moment you play your first game, you must choose a starting date--somewhere between 1453 and 1792--and a nation to control. And yes, you can choose essentially any nation that existed on the date you begin, from major political players to tiny principalities long forgotten by most. Yet even at the starting moments, which newcomers to the genre would normally find daunting, the game suggests some noteworthy dates as entry points and offers information about the nations at your disposal, including a difficulty rating. It also boasts a decent collection of tutorials, which is a welcome feature sorely needed but often missing in similar games.

Once you've chosen a starting date, it's time to get to work, but what you set out to accomplish is purely up to you. You don't have a specific set of goals, so if you are content to convert your provinces to the official state religion or send settlers to the New World for fame and fortune, you can do so without worrying about world domination. In fact, the series has never been about establishing universal dictatorship--it's about shaping and experiencing history in both subtle and profound ways. Don't expect to take over the globe as you would in Civilization. However, you still have a variety of ways to achieve what you want, no matter how small the scope.

The military route is one of the most obvious ways to achieve your goals, even if not always the most viable. You can build infantry, artillery, or cavalry regiments. Or if you prefer your battles by sea, you've got a variety of ships at your disposal. As you create regiments, you can then further combine and separate them into armies of various components. Armies aren't very effective without a leader, though, so if you want a general, you must first recruit one. Or if you're feeling particularly self-assured, you can even assign your nation's leader to command your troops in battle. Yet even if you build a sizable army, don't expect to send them willy-nilly into battle, at least not without grave consequences. Unless you have a casus belli--a reason for war--you are going to anger your neighbors, cause internal unrest, and disrupt important alliances.

Thus begins the tug of war that forces you to maintain every aspect of your government, should you wish to succeed at even the small goals you set. If you want to attack without provocation, you can do so, but with a major hit to your internal stability. The less stable your nation, the more likely provinces will revolt, which in turn creates unnecessary battles that distract from your major military goals. Other less obvious relationships will also be affected. You can be tied to other nations by royal marriage, mutual alliance, trade agreements, and more. And as the web of diplomacy widens, so too must your grasp of the other options at your disposal, even if you're the fighting type.

Fortunately, you can influence other nations in several ways, and it's as easy as sending someone else to do your dirty work. You can take the underhanded route and conduct espionage, which is a new addition to the Europa Universalis franchise. Spies have a number of ways of disrupting enemies, from inciting unrest to causing troop desertion. Your spy isn't always successful, and even if he is, there's a chance he could get caught, which may disrupt your goals and even give the other nation a casus belli against you. Fortunately, you can send off diplomats to strengthen and repair (or damage, if you prefer) international relationships by offering alliances, issuing trade embargos, or suggesting a vassalization. There are a few diplomatic actions that rather cheaply manufacture a cause for war, though, such as proclaiming a guarantee, which gives you a reason to attack a nation that assaults the one you offered the guarantee to. Because most guarantees have a 100 percent chance of succeeding, it's a simple way of getting some action, but it comes across as a shortcut that lets you generate war without much cause and just seems out of place as a result.

Controlling your economy and government is easy to learn but requires a great deal of consideration as you progress, because a single decision can disturb your direction and have unexpected effects. The system of sliders that controls your government's ideals is one such aspect. Serfdom vs. freedom, centralized vs. decentralized, and many more policies are controlled by a system of sliders. Yet these choices aren't to be taken lightly. You can only adjust a slider a single notch every few years, and in doing so, you should expect a decrease in stability and resulting revolts in multiple provinces. Yet the decision can have other consequences too. For example, as the Ottoman Empire you can nudge your trading slider toward free trade and away from mercantilism to start generating settlers and explore unknown territory. However, in doing so you might fail to choose a national idea that allows exploration of the New World and, as a result, cause major internal unrest without benefits you can immediately use.

Speaking of national ideas, as you throw money into your government, you can establish policies that open up new gameplay possibilities or offer major enhancements to your style of play. If you enjoy converting heathens to your national religion, you might want to grab divine supremacy, which grants you more missionaries. Grand navy allows you to build more ships. Along with the sliders that control your economy, religion, and domestic policies, these ideas let you slowly mold the shape of your nation and increase your international prestige. You can't establish a new national idea all that often, but when you get the opportunity, it's a nail-biting process of balancing the pros and cons of each choice.

Yet as complex as all of this is, Europa Universalis III is easy to learn and get into simply because you don't have to accomplish any one thing. The game's scale is huge, and world events take place all around you with or without your input, so it's easy for newcomers to feel a bit lost. But it's easy to get around the game map and find all the information and options you need, so you don't need to dig through a dozen menus to perform a simple task. Do you want to create a regiment? Click on a province, select the unit you want to build, and you're done. Do you want to see how many merchants, missionaries, and spies you have at your disposal? It's right there on the main display. Do you need to see how far the Holy Roman Empire has spread its ideals? A single click gets you there. There is still room for improvement, specifically when locating nations on the map. You can bring up a list of known nations and your standing with them in your domestic interface, but it would have been nice to be able to click on a nation's listing to immediately go to that nation rather than move to the ledger listing to do it. A set of Civilization-type advisors would have been welcome as well, particularly for those who get lost and need some direction. The game has advisors to be sure, but they function more as research and policy bonuses than anything else, so they don't have any in-game advice to offer.

The complete set of multiplayer options is just more icing on the proverbial cake. You can play against others over a local network and connect via an IP address, and if you register your copy of the game, you can enter the metaserver, which is an in-game match browser. The game supports an incredible 32 players in a single game, although it would be tough to coordinate such a large-scale match. Yet even with just a few others, Europa Universalis III is a blast to play particularly because multiple players can play as the same nation, which adds a level of coordination and flexibility the single-player game can't provide.

Europa Universalis III is no graphical powerhouse, nor are most big strategy games of this type, so you won't watch big armies of two dozen individual units clashing or encounter shiny bump mapping. But in the realm of similar strategy games, the game looks quite nice and is Paradox's first excursion into a fully 3D engine. Both the world map and the menus are colorful and clear, and armies are easy to find. The flowing ocean water is a particularly nice touch. There are also some nice details on the topographical view when you zoom in, and visual cues, such as burning cities that indicate a siege under way, are done well. It also sounds attractive, thanks to a lovely soundtrack that manages to mix a number of tunes together without getting grating, which is no mean feat for an audio design that consists mostly of music. It isn't devoid of sonic cues, though, such as blade effects that indicate clashing armies and factory noises when you build provincial improvements.

Europa Universalis III is the best game in the franchise, thanks to such new gameplay elements as espionage and national ideas, yet what makes it even greater is just how easy it is for almost anyone to enjoy. If sweeping strategy games with multiple layers of complex decisions have turned you off before, this is the perfect opportunity to find out what enthusiasts love about them. It may be a "grand strategy game," but it can be as big or as small as you want. Just be ready to lose dozens upon dozens of hours under its spell. 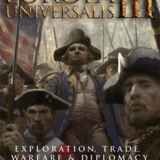 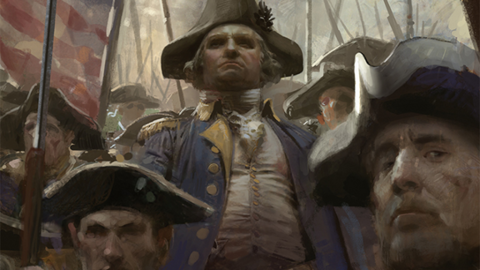 The third title in the Europa Universalis strategy series will offer an easier learning curve for beginners and a bevy of new options for conquest.