Too much of a good thing.

There’s been a lot of Etrian Odyssey to go around lately. In the past year, we’ve had the Etrian Odyssey-tinted Persona Q, Etrian Mystery Dungeon, and now Etrian Odyssey Untold 2: The Fafnir Knight, all within the span of a year. That’s a lot of time-consuming dungeon crawling to consume in a relatively short period.

The good news is that Etrian Odyssey Untold 2 is an engaging RPG that nails the fundamentals of dungeon exploration, much like the other games in the series. The bad news is that it doesn’t really offer much to alleviate the series fatigue that’s beginning to rear its ugly head.

Etrian Odyssey Untold 2 is part of the “Untold” spinoff series, the defining feature of which is pre-made characters with distinct dialogue and personalities. This doesn’t really sound like a feature… unless you know that Etrian Odyssey is derived from the Wizardry school of first-person dungeon exploration RPGs: games where you would make a party out of blank slates of classes and abilities and then proceeded to trawl elaborate mazes laden with traps and treasure. That’s basically what Etrian Odyssey 1-4 (and Mystery Dungeon) were like. There was a story in the games--and usually a very good one--but it was presented more sporadically than the usual JRPG dialogue dumps.

Etrian Odyssey Untold 2’s Story Mode is essentially remake of the Nintendo DS game Etrian Odyssey 2, but It starts with two fresh-faced young troopers from the Library of Midgard, Flavio the Survivalist and a character of your own creation, as they accept a mission from the Duchy of High Lagaard that involves protecting Princess Arianna on her journey to complete a ritual in the (story mode exclusive) Ginnugagap Ruins. When your personalized hero encounters mysterious hallucinations and vague memories of the past within the Ruins, he awakens to an amazing source of power - the all-new, transforming Fafnir Knight class. Joined by grumpy protector Bernhard and mousy War Magus Chloe, the team sets out to discover the mysteries of the Yggdrasil Labyrinth and the Ginnugagap Ruins--along with getting to the bottom of your newfound transformation ability.

This setup is optional, and if you prefer the classic Etrian Odyssey experience, you can tap into the game's Classic mode, where every character is a blank slate, ready to be customized. You also get access to the Prince/Princess and Highlander classes that weren’t in the original Etrian Odyssey 2. Your character classes in Story mode are pre-defined, and you can’t just waltz into the guild and make additional characters as needed like in Classic mode. In order to change classes and access new skillsets, you need to use an option that removes five levels from your character. While it does mean having to manage less equipment across a massive guild of adventurers, it makes the experience feel more restrictive as a whole, and you're forced to grind for experience more than usual.

The visual presentation is greatly enhanced over the original game--the dungeons and enemies are presented in 3D, just like Etrian Odyssey 4 and the first Etrian Odyssey Untold, but the core gameplay remains intact. Much of what makes a standard Etrian Odyssey adventure is 3D first person dungeons (which you map, square by square, on the bottom screen of the 3DS). Every floor you ascend brings new threats, and the fun lies in preparing, exploring, and conquering the unknown, even when that means encountering oppressively powerful enemies.

One key diversion from the main Etrian Odyssey series is the Grimoire system. Rather than letting you assign two classes to a character, as Etrian Odyssey 3 and 4 do, you equip Grimoires on each character that bestow extra abilities, often ones that their class wouldn’t normally use. Grimoires have a random chance of dropping in battle, and they contain either a skill from your character or from the enemy they're fighting.

It’s an interesting concept, but one that doesn’t really gel with the traditional Etrian Odyssey formula. While chance is a big part of the game--you’ll always cross your fingers when trying to hit something with status ailments--it’s incredibly irritating to have the process of learning extra skills be tied to a random factor. Assigning two classes per character and cashing in skill points for new abilities was a reward for hard work and dedication. Grimoires reward being lucky, which isn't motivating, and if you’re trying to get a specific Grimoire, it’s not clear if or how you can influence your chances of receiving it. Even though you can trade and recycle Grimoires as you progress, the whole system feels irritating and time-consuming compared to the old way of doing things.

Beyond exploration and combat, there’s a new element in the hub town that seems ripped straight from Etrian Mystery Dungeon: the restaurant and town development. The local Duke employs you early on to help his granddaughter build and manage a restaurant. This task includes duties such as finding recipes and ingredients, which requires you to loot a dungeon or defeat all of its inhabitants, and advertising dishes to potential customers. You can eat the restaurant's dishes for temporary stat boosts, and if your advertising pans out, you even make a little money on the side. You can reinvest your profits to speed up construction in parts of Lagaard, which brings more people and potential customers to the city. Managing a restaurant and investing in the city doesn't steal the show, but it's a fun diversion that yields some nice rewards if you play your cards right. 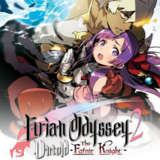 Heidi has played every single entry in the Etrian Odyssey series. She didn’t realize how much she really, really missed the War Magus class from EO2 until she got her hands on it again. She also silently judges you if you pick the orchestral soundtrack over the old-school FM synth sounds. 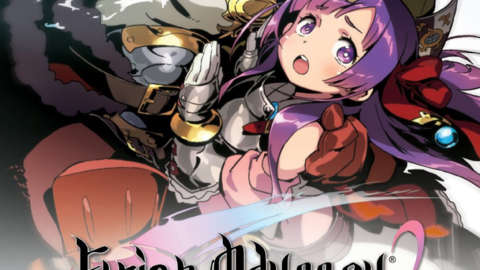 The next entry of the Etrian Odyssey Untold series is essentially two games in one – the first, a Nintendo 3DS update to Etrian Odyssey 2: Heroes of Lagaard (released on Nintendo DS) with new dungeon layouts, new graphics, and system improvements from the recent Etrian Odyssey Untold. The second is the Untold portion – a brand new story mode with a fixed party, voiced dialogue, and animated cutscenes that follows the bittersweet tale of the Fafnir Knight and Princess Arianna. Like Persona Q, the Untold portion of the game has a strong focus on characters and their interactions as the story about the Fafnir Knight and Princess Arianna unfolds as they adventure forth into the ruins of Ginnungagap and the Yggdrasil Labyrinth with the hero Flavio and the two mysterious adventurers, Bertrand and Chloe.

8.8
Sign In to rate Etrian Odyssey 2 Untold: The Fafnir Knight