Etrian Odyssey is a turn-based role-playing game like any other, but it sports one heck of a mean streak to elevate it above the crowd.

Remember back in the early '80s when you were scribbling out a map in your notepad as you crawled your way through Wizardry? No? Well, not to worry, because Atlus' newest turn-based role-playing game captures that experience pretty well. Etrian Odyssey gives many nods to its text-based adventure roots, not the least of which is its prodding, omniscient narrator and the necessity to (gasp) create your own map. Like its predecessors, Etrian Odyssey is beguilingly immersive and excessively addictive, but even if it doesn't take the turn-based RPG formula anywhere new, you'll still probably fall prey to its charm.

With no real story to speak of, the impetus behind Etrian Odyssey is to map the multilayered, underground forest that has mysteriously emerged outside the small town of Etria. Arriving as an anonymous, inexperienced adventurer, your first task is to create your own guild and then recruit a group of like-minded adventurers to help you delve the depths outside of town. Initially available to you are seven classes that span the typical fighter/scout/healer/mage archetypes. There are also two more classes, the ronin and hexer, which become available to you (much, much) later in the game. Once you've established your party of five and assigned them to a forward or rear position, you're set to begin specializing each character by way of skill points. Each class has 21 possible skills, most of which are unique to each class and all of which can be upgraded 10 times. Each class has at least two different "builds" you can create, which is to say you can create a survivalist that specializes in offensive bow attacks or enemy-tracking, item-scavenging abilities, or, of course, just be mediocre in all of the above. The point of detailing all this out is that there's an almost astonishing amount of customization available to you from the get-go, the complexity of which is rarely seen in a handheld game. What's better is that despite being complex, it's very accessible, so you're free to make strategic choices and clearly set a direction for each of your characters. And that's good because the composition of your group and how well you plan ahead will greatly affect your success later on in the game.

To say Etrian Odyssey is a difficult game would be to say traversing Asia on a unicycle while balancing spinning plates in both hands would require a fair amount of finesse. Starting out, you are a fittingly weak, sniveling newbie, vaguely aware that the pointy end of your blade should never, never puncture your own eye. You're tasked with exploring and mapping out the five strata of the Yggdrasil Labryinth, with five floors composing each stratum. Doing so is simply a matter of drawing out on the Nintendo DS's touch screen the perimeter of the forest that you see as a 3D representation on the top screen. With the map unfolding on the bottom screen, you see the fairly well-detailed forestry of the maze from a first-person perspective on the top. The way the two screens play off each other--combined with a constant dread of impending doom--lends an illusory impression that the environments are quite large, even if all of the corridors look mostly the same from one to the next. Also, the mapping interface is solid and the controls work nearly flawlessly, so it quickly becomes second nature to map out your route. Aside from marking your path, there are several location icons that you can place to flesh out your map, such as monsters, treasures, and items, among others. But doing so is entirely too time consuming and unnecessary, especially considering rudimentarily mapping out a single stratum will take in excess of 10 hours.

Preventing you from accomplishing your task are the labyrinth's denizens, which you'll randomly stumble upon as you progress. Foremost among the predators that lie in wait is the FOE, which is an egregiously overwrought acronym that essentially distills down to, yeah, foe. These are the only visible encounters you'll see and are represented by an appropriately menacing red (and then more menacing black) ball of flame in the first-person view. Once you've seen them, they then appear as a moving icon on your map. Certainly with every FOE encounter, but also even with yard trash, the difficulty is such that you'll more often than not feel as if you've survived an incredibly dangerous battle by the skin of your teeth. At times, this makes the game incredibly frustrating, which is made worse by the fact that initially the only way to restore your hit and magic points, vendor your loot, or save your game is to march all the way back up to town, leading to an ungainly amount of backtracking. Resting and reviving fallen comrades can be a huge financial burden, as well, and you'll probably wince every time party members die, or even get hit, not because you empathize with their pain, but because you just don't have the clams to foot their bill.

However, the pain Etrian Odyssey serves up also makes it immersive, satisfying, and fun because despite being difficult, you're well equipped to rise up to the challenge. Save for the many different skills and abilities each character type gets, combat here isn't particularly innovative or unique. It also plays out like most other turn-based fantasy strategy games, where you select your actions, the enemy selects its actions, and then depending on everybody's speed or initiative, the hacking commences. However, despite being extraordinarily deliberate and lengthy, the game is paced really well. Every few levels, you'll have a shiny new weapon to bring to bear against an entirely new manifestation of awful. Nearly all the weapons and other items are unlocked by selling loot you've found to the general store. So, for instance, you'll be able to buy a new bow after harvesting and selling off a certain amount of hardwood. Inventory management typically isn't an issue because by the time you're ready to sell, you're profusely bleeding and desperately in need of the innkeeper to work her magic anyway. While in town, you can also pick up quests from the barkeep or town hall, which add more variety and purpose to your exploits, though it's not usually necessary to do so.

Etrian Odyssey has a really good atmospheric look to it. Though there's next to no variety to the environments, the jungles are well detailed, and a few--especially the third stratum with its iridescent blue hue--have a really attractive look. It's also neat that the day/night cycle is represented in the forest, even if it doesn't seem to impact the gameplay. Death comes in many different forms from floor to floor, and the models here are all creatively done, typically featuring vibrant colors. And even if most of the females are scantily clad, well-endowed children, the various character portraits have personality and are emotive, and each class has several to choose from. Magic spells feature the only animation you'll come across, but these have a uniformly standout look. The alchemist's advanced spells look especially destructive and imposing, lasting just long enough to impress without hampering the combat's pace. Also, the game sounds good in a synthesized Super Nintendo kind of way, while the different looping tracks and sound effects provide a decent variety.

It may seem a bit audacious to compare Etrian Odyssey to the 2006 hit Elder Scrolls IV: Oblivion, but elements of what made Oblivion so great are present here. While it doesn't pack the exceptional presentation or depth of Oblivion, in terms of being a highly customizable, deeply immersive, and thoroughly addictive fantasy experience, the argument could be made that it comes close. Etrian Odyssey doesn't do anything particularly astonishing with the turn-based RPG formula, but it takes many of the best tried-and-true elements from the genre and executes upon them extremely well. If you've got the time and patience for it, as well as a remaining interest in the formula, you'll definitely want to pick this one up. 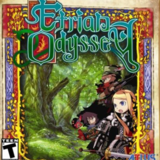 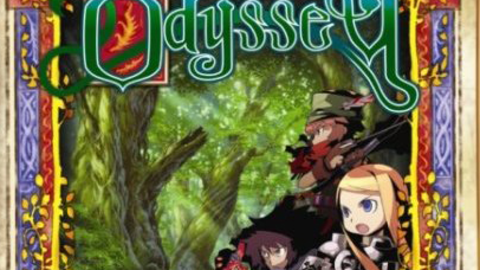 Etrian Odyssey is a turn-based RPG from Atlus and features nine character classes to choose from.