Although NBA 2Night shows potential as the first game in Konami's new basketball series, it doesn't excel in any specific category and thus finds itself a step behind EA's NBA Live series.

NBA 2Night for the PlayStation 2 is blanketed by its ESPN license, with color commentary from ESPN anchor Stuart Scott, a TV-style presentation, and music and intro sequences borrowed from the television show with which it shares its title. But behind the license is a game with a balanced gameplay system, solid AI, and enhanced graphics on the PS2. When it was originally released on the Dreamcast, it was a major disappointment. With the PlayStation 2 version, the game has improved appreciably in essentially every major category, and it's a legitimate alternative to competing products from EA and Sony. However, it doesn't excel in enough areas to set itself apart from a growing crop of PS2 basketball games.

The gameplay system in NBA 2Night finds a nice balance between arcade-style play and realistic basketball strategy. The AI has been significantly improved since the release of the Dreamcast version. The computer-controlled team will actually rotate the ball and work against the pressure to find the open man. They'll slow it down when the defense gets back on a break, and they'll take it to the basket in odd-man break situations. The defensive AI continues to have its flaws, though, as it is entirely too easy to dribble around the computer player--a problem that is compounded by the complete lack of defensive rotation from the defender's teammates.

Perhaps the biggest mistake that the developers made in the PS2 version of NBA 2Night is that they left out the dedicated turbo button. Instead of a turbo button, Konami went with full analog controls--the farther you push the left analog stick on the PS2 Dual Shock, the faster the player runs. What they perhaps didn't realize is that a lot of video game hoops players would rather use the D-pad than the analog stick to control player movement. Some feel that it gives tighter control over the player and helps in passing the ball more precisely. So, if you're used to playing basketball games using the D-pad, you'll have to do without a turbo button in NBA 2Night, which is a major flaw and a huge disadvantage.

Other problems include unrealistic box scores and a lack of true rebounding mechanics. Like a lot of basketball video games, NBA 2Night doesn't quite master the intricacies of the NBA rebounding game--in general terms, it involves fighting for the inside spot, body positioning, boxing out, and aggressively jumping after the ball. None of those things can be executed effectively in NBA 2Night, and oftentimes picking the ball up after it hits the ground is easier than aggressively going after a rebound in the air.

Graphically, NBA 2Night is solid, yet unspectacular. There are several different player models in the game--with assorted sizes and varying postures--though they're not as detailed as the models found in the PS2 version of NBA Live 2001. The facial textures are generally better than those in Live 2001, as it is easier to tell the players apart by facial features alone. The arenas themselves feature subtle details such as reflections of the players and courtside objects on the floor itself and animated 2D crowds that react realistically to the on-court action. The PlayStation 2 version of the game is far more impressive graphically than the Dreamcast one, but it doesn't match the visual quality of Sega's NBA 2K1 or its direct competitor on the PS2, EA's Live 2001.

One area where it does excel is in the animations department. The motion-captured player animations are incredibly fluid and transition smoothly between different player actions, such as going from the dribble to a dunk move. There is also a lot of detail in the animations, as players will fall back on a charge, swat realistically on shot-block attempts, take off-balance shots, pass behind the back, and duck out of the way when they're being dunked on. However, the general passing animations are somewhat quirky. Instead of throwing crisp chest passes, the players in NBA 2Night will frequently lob the ball to a teammate, and sometimes they'll jump to pass for no apparent reason.

Despite its flaws, NBA 2Night has a balanced gameplay system, but that isn't complemented by a full array of gameplay options. There are only three very basic modes of play in the game: exhibition, season, and playoffs. Granted, EA's NBA Live 2001 only has the extra one-on-one mode and Sony's NBA ShootOut 2001 presents essentially the same roster of options, but a franchise mode, three-point shootout, or practice mode would have added value to the game's single-player experience.

The sound and music elements in NBA 2Night almost seem like an afterthought. Unlike Live 2001, which features tracks by Bootsy Collins and Montell Jordan, and ShootOut 2001, with its Eric B. & Rakim lead track, there really isn't any recognizable licensed music in the game. The Pharcyde makes a brief appearance, but in general the music doesn't leave much of an impression. The commentary, on the other hand, generally matches the gameplay quite well. Stuart Scott's color commentary can become stale after a few games, but Brent Musburger's play-by-play is usually in tune with the on-court action.

NBA 2Night has a relatively balanced gameplay system, with the lack of the dedicated turbo button being the major flaw. The ESPN license, complete with the authentic intro taken from the television show, only adds to the overall presentation. Although NBA 2Night shows potential as the first game in Konami's new basketball series, it doesn't excel in any specific category and thus finds itself a step behind EA's NBA Live series. 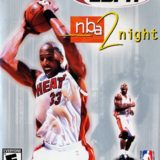 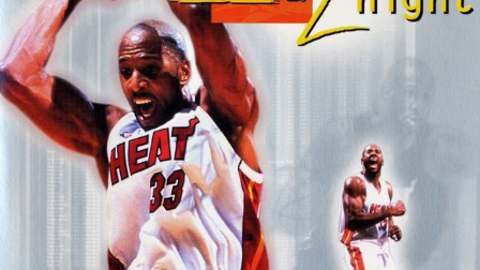 Although NBA 2Night shows potential as the first game in Konami's new basketball series, it doesn't excel in any specific category and thus finds itself a step behind EA's NBA Live series.