Konami has gone to great lengths to integrate two- and four-player capability into each of the game's non-season modes, which opens up the possibility of introducing your sports-phobic friends to a soccer game they can actually play.

As it pertains to soccer video games, EA's FIFA series rests at the top of the heap in terms of features, presentation, and longevity. Of course, just as Sony's MLB 2001 lacks a monopoly over baseball video game sales, FIFA 2001 isn't the only game in town for soccer fans. If you're after a soccer game that's emphasizes playability over simulation, without sacrificing too much in the way of realism, Konami's ESPN MLS GameNight may be the answer.

At first, ESPN MLS GameNight appears to be a clone of International Superstar Soccer Pro Evolution, a game released barely six months before. However, GameNight has a few things in its favor that ISS did not. First, the game carries the ESPN brand, meaning that the overall presentation assumes a familiar broadcast feel, while audio commentary by Bob Ley and Luis Tapia gives soccer fans a pair of recognizable voices to listen to. Secondly, unlike the fabricated pseudonyms of the unlicensed ISS, GameNight brings with it all of the big-name stars you'd expect from an officially licensed Major League Soccer product. Up to date 2000 rosters and more than 300 MLS players really give the game an authenticity that no amount of gameplay can generate. D.C. United, L.A. Galaxy, Tampa Bay Mutiny - the gang's all here. More importantly, GameNight benefits from the added development time between its release and ISS Pro Evolution's, which ultimately translates into smoother animation, livelier commentary, and an overall presentation that's just more appealing.

The basic modes and options you'd expect from any decent soccer game are present in ESPN MLS GameNight. Match play lets you take control of any of the game's 12 MLS or 53 international teams in a friendly exhibition game. In season mode, you can participate in a full 32-game MLS season, complete with realistic injuries, weather conditions, and a point-based midseason trade system. For each game you win, you'll earn eight points with which to put toward the purchase of superstar players from a roster that includes the likes of Tony Meola, Mamadou Diallo, Jason Kreis, and World Cup favorite Cobi Jones. Once you've worn out the MLS season, the game's cup mode offers the chance to challenge the game's 53 international teams in six different championships. There's also a custom league mode for "what if" scenarios and a diverse custom-player option that allows you to create up to 22 original players. Adjustable difficulty options and a training mode round out the game's features, making GameNight appropriate for rookies and seasoned veterans alike.

In terms of gameplay, GameNight plays exactly like ISS Pro Evolution, which is to say realistic enough without bogging players down in unwavering simulation. Dribbling or stealing the ball is as easy as running up to it, while the four main controller buttons control straight passes, lobs, slide tackles, and shooting. Admittedly, using the L1 button to swap players takes some getting used to, especially in light of the game's tendency to automatically select the closest player. GameNight's formation and strategy settings aren't as intuitive as those in FIFA 2001, but a little grunt work in the pause menu turns up eight formation presets, a formation editor, and a number of aggressive, neutral, and reserved coverage options. Putting these strategy settings to use is helpful, but not terribly necessary, as your CPU-controlled players automatically tend to emphasize man-to-man coverage over adherence to any particular play. This really takes the wind out of corner kicks and throw-ins, but it does simplify things for soccer newcomers. To its credit, GameNight's running and passing mechanics are exceptional. As you're running downfield, the R1 button kicks in the afterburners at the cost of ball control and potential injury. When passing to your teammates, the game doesn't pass the ball where they are now, but where they're going to end up, provided you keep them running in the same direction at the same general speed. The game's control system also buffers command inputs, enabling you to call for an immediate pass the moment your teammate makes contact with the ball. Overall, ESPN MLS GameNight lacks the gameplay variety of EA's FIFA, but it makes up for its shortcomings with a solidly playable match of soccer.

Graphically, ESPN MLS GameNight can't hold a candle to the level of animation and detail found in FIFA 2001. On the other hand, it makes up for this disparity with a hefty number of isolated player animations. When gaining control of the ball, your player will sometimes stumble or falter in order to keep pace with the ball as it moves down the field. If you're tackled, jostled, or otherwise contacted by opposing team members, a variety of realistic physical reactions result, such as falls, stumbles, flips, face plants, or skids. From a player model standpoint, everyone seems to come from the same mold in terms of body shape and size, with major variations coming solely in the form of changes in hairstyle or stance. The game isn't exactly up to the minute in terms of field detail or texture quality, but it also never slows down, flickers, or otherwise exhibits any of the graphical flaws common to PlayStation games. If anything, the game is a touch faster and more fluid than ISS, a fact that's primarily noticeable in goalkeeper animations and camera movement. Speaking of cameras, GameNight also features nine adjustable camera angles, as well as a fully controllable instant replay feature. Replays can even be saved to a memory card for later viewing.

Another area where GameNight improves, if only slightly, over ISS is audio. Digitized kicking and tackle samples compose the upper tier of GameNight's sound effects, with canned audience chatter rounding out an otherwise sufficient attempt at auditory realism. Where the game really shines is in terms of play-by-play commentary, which is provided by two familiar broadcast personalities: Bob Ley of ESPN and Luis Tapia of ESPN and international broadcast fame. Don't know who Luis Tapia is? If you've ever heard someone exclaim, "Goal! GOAL!! GOOOOOAAAAAAAAALLLLLL!!!" at the top of his or her lungs, he's the guy that inspired it. Unfortunately, the two commentators don't take the play-by-play reins together, meaning that you'll either have to endure Ley's sardonic commentary on the game's English setting or remain boggled by an overly excited Tapia in the game's Spanish mode. If you're lucky enough to understand Spanish, however, Tapia's energy is priceless.

It's almost as if Konami is trying to fashion the Triple Play Baseball of soccer games with ESPN MLS GameNight. The levels of strategy, variety, and realism are nowhere near those found in EA's FIFA, but GameNight ends up being the more inviting of the two games. Furthermore, Konami has gone to great lengths to integrate two- and four-player capability into each of the game's non-season modes, which opens up the possibility of introducing your sports-phobic friends to a soccer game they can actually play. If you're frustrated by simulations, ESPN MLS GameNight is the game for you. 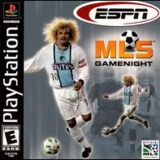 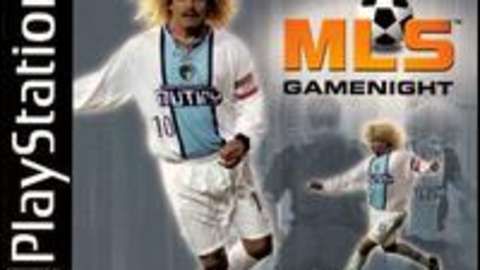 Konami has gone to great lengths to integrate two- and four-player capability into each of the game's non-season modes, which opens up the possibility of introducing your sports-phobic friends to a soccer game they can actually play.