ESPN MLS ExtraTime 2002 for the Xbox can be thoroughly enjoyed by casual soccer game fans, but it just doesn't come close to being on the same level as competing sports titles.

While the sport of soccer is much more popular outside of the United States, recent efforts have been made to popularize the world's most prevalent game in this country. Now in its seventh season, Major League Soccer continues to bring American audiences a version of the world's game they can call their own. In ESPN MLS ExtraTime 2002, Konami attempts to draw in fans of the sport with its television-style production values and its official license. The gameplay itself may disappoint those who've played some of the superior soccer games available on other platforms, but on its own merits--and as the only soccer game currently available for the Xbox--ExtraTime 2002 does a decent job.

The official MLS and ESPN licenses have given this game both an authentic SportsCenter look and an admirable roster made up of some of the most exciting players in the game today. The combination of international and American players is part of the MLS' novelty; Colombian superstar Carlos Valderrama and Nigerian striker Daniel Amokachi play side by side with American talents such as cover athlete Clint Mathis, Brian McBride, Landon Donovan, and Cobi Jones. The recent failure of the Tampa Bay and Miami franchises has reduced the league to 10 teams, but it has also strengthened the talent pool across the board, making for more statistically balanced matches. Aside from featuring the official MLS trademarks and player likenesses, the game also lets you take control of a number of international and club teams from across the Americas, Europe, Asia, and Africa, as well as a handful of custom fantasy teams.

There are numerous gameplay modes to choose from, including exhibitions, custom leagues, MLS, training, and challenges. The MLS mode lets you play through the entire 28-game season, all the way to the MLS Cup playoffs. Won or tied games earn you transfer points, which allow for one-on-one player trades during the season and before the 20th round of the season. Based on the class of players involved, each trade will cost a varying number of transfer points, giving you an incentive to play a great many games with your team to improve its pool of players. The training mode places you on a practice field with your chosen team and encourages you to practice such necessary skills as ball handling, one-two passes, and corner kicks.

Much like EA's recent Madden Football games, ESPN MLS ExtraTime 2002 features a series of challenges that let you relive notable MLS situations. For example, the premier challenge puts you in the championship game of the 2001 MLS season, with an opportunity to re-create the final moments, when the San Jose Earthquakes took the lead. Completing these scenario challenges will earn you edit points, which are then used to customize your created players. The create-a-player mode is fairly detailed, letting you custom-build a goalkeeper, midfielder, forward, or defender, with quite a bit of leeway in terms of their appearance, including facial hair, skin tone, and facial structure.

Graphically, ESPN MLS ExtraTime 2002 is functional but somewhat bland--while it looks good enough to serve its purposes, it won't be winning any awards. The polygon count of the close-up character models is considerably lower than the counts found in competing games. Considering the graphical capabilities of the hardware, the players on the field are far too simple, with only slight attention to individual detail. The crowds at least are fairly well done considering the generally poor crowds used in most sports games. The Xbox version of ExtraTime 2002's animation is of generally solid quality--many of the animation routines are fairly impressive, such as how a player will block a high pass with an extended leg, knocking the ball down before commencing to dribble, or how a goalie will leap back and punch away a chipped ball. Despite the generally solid quality of the players' movements, when the game is examined at the closest level of zoom during instant replays or during the postgame ESPN-style highlight reels, all of their subtle flaws become apparent.

A single man in the booth, Jack Edwards, provides the play-by-play commentary, and his calls are for the most part spot-on, correctly following the action onscreen. His enunciation is a bit monotonous and robotic at times, especially when saying player names, but the quality of the content is fairly good, and it's a pleasant contrast to the very European commentary in most other soccer games. The MLS license also allows for individual player names to be used throughout the commentary, allowing you to truly become attached to your most productive athletes. The crowd cheers and other noises throughout the game are also fairly well done, and they're especially noticeable when cheering for a player to step up or as reward for a scored goal. Many subtler noises contribute to the game's solid audio presentation, and the Xbox version's sound seems to be of a higher quality than the sound of the other versions of the game. The menu screen music, on the other hand, is repetitive and not worth paying attention to.

Playing ESPN MLS ExtraTime 2002 can be fun, if you can put up with some of the more annoying aspects of the game. While it may share some visual qualities with Konami's internationally popular ISS Pro Evolution series, it plays entirely differently. Players can perform a wide array of actions, including short, through, and lob passes, scoring-attempt shots, and all the special-move variants of these, such as headers and diving moves. The Xbox version of ExtraTime 2002 features pressure-sensitive button control, allowing for a finer handling of passes and shots. On the other hand, when dealing with ball handling, the game's analog control feels nearly entirely digital, in that there is little precision to players' movements, especially when on the run. It's difficult to move in any direction that isn't a 45- or 90-degree change from your previous bearing, giving the game a very jerky feel. Through various hotkey combinations, you can change the strategy and formation of your team on the field. Disappointingly, the effects of these play calls aren't immediately visible onscreen, leaving you bewildered unless you're consulting the instruction manual or have memorized all the commands.

Switching between players is accomplished using the left shoulder trigger, although the game allows for you to play in a semiautomatic mode that will do a majority of the switching for you. While the Xbox version of MLS ExtraTime 2002 does an adequate job of moving player control to where the action is, the manual setting can be problematic, as can the override of the semiautomatic mode. Quite often, control will switch while you're attempting to chase down a defender or a loose ball, and it will sometimes switch to a player who is farther away when you're trying to kick in a deflected ball after a goalkeeper has blocked a shot attempt. Many times it will seem that the opportunity to intercept a pass is lost due to this. The manual mode attempts to compensate for this somewhat, but in addition to forcing you to constantly switch players, it doesn't always switch to the most ideal player--for instance, giving you control of someone tailing an opposing player as he makes a break for your goal instead of the defender in front who is better positioned to make the defensive play. Relying on the computer AI is also not an option, as it plays mediocre defense and will give up goals like they're going out of style. Sometimes the goalkeeping AI is equally he'll deflect balls with his face, instead of making the catch.

ESPN MLS ExtraTime 2002 for the Xbox can be thoroughly enjoyed by casual soccer game fans, though it just doesn't come close to being on the same level as some of the competing sports titles on other platforms. The game's roster and its entertaining simulation of the MLS season will undoubtedly endear the game to fans of Major League Soccer, while the challenge modes are a nice touch that add considerably to the game's value. However, despite these traits, there are far more teams, real-life players, and options available in other soccer games that, when combined with the superior gameplay and graphics of the other games, make ESPN MLS ExtraTime 2002 suitable only for the most dedicated of MLS fans. 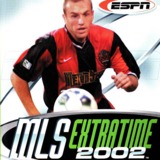 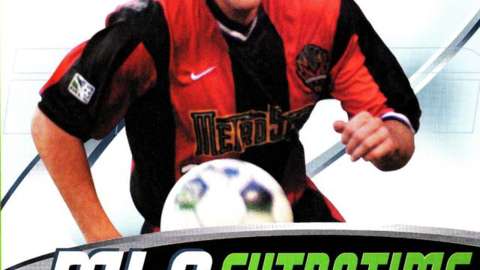