There is no shortage of 2D puzzle games involving block manipulation, particularly on the PC, but it's rare to find one with as smooth a difficulty curve as Escape Goat 2. While we've seen the basics of the jumping, block-pushing, and switch-pressing here in other games, these elements come together in a package that's better than the sum of its parts.

The basic mechanics of Escape Goat 2 might not be novel, but the protagonist is. As a nameless purple goat, you traverse room after room of puzzles in an effort to escape the Stronghold of Toragos and rescue some sheep souls along the way. You're a special goat, if not a particularly special platforming star. Your abilities are limited to basic movement, a double jump, and a dash that can be performed both on the ground and in midair. This is all you need to push or break different types of blocks and hit a variety of switches, doing which gets you through some of the most basic puzzles in the game.

It would be unfair to say Escape Goat 2 is only about a goat, though. Much of the puzzle-solving weight is pulled by a magical mouse friend you can summon at the tap of a button. The mouse can crawl on walls, squeeze through tight spaces, stand on switches, distract enemies, and more, making it an invaluable companion throughout the game. On certain puzzles you can also collect items that give the mouse new abilities, including the ability to swap places with you or turn into an indestructible block. While the mouse can "die," it always comes right back to you, ready to be used again, so don't worry about protecting your friend's life.

Escape Goat 2 is smart about how it introduces you to each of these mechanics, easing you into each ability so you never feel overwhelmed. Each time the game wants to teach you something new, it does so with at least one simple puzzle devoted almost entirely to the new element alone. It's not until you feel comfortable with each individual piece of a potential puzzle that the game starts mixing mechanics together into something more complex.

Much of the puzzle-solving weight is pulled by a magical mouse friend you can summon at the tap of a button. The mouse can crawl on walls, squeeze through tight spaces, stand on switches, distract enemies, and more, making it invaluable throughout the game.

There is a smart pace to the game's natural progression, though branching paths on the level select screen also give you some freedom to vary things up yourself. No tool or mechanic is overused, and just when you might start thinking, "Not another puzzle like that last one, please," Escape Goat switches things up. Some puzzles are focused more on slow, methodical thinking. Others require you to be quick on your cloven hooves and have some decent platforming skills. You're not likely to be performing similar actions over and over again, which helps each of the game's more than 100 puzzles feel fresh.

Frustration sometimes arises in the same place it does for countless other puzzle games: in the middle of finding a solution. Occasionally you know exactly what to do to get to the goal, but a tap of the wrong button screws everything up. A quick restart option helps alleviate some of the pain, but you might find yourself wishing for a rewind option that would go back just a few seconds rather than a few minutes. Sometimes experimentation isn't as easy as you would like.

If you're looking for a more simple, almost relaxing puzzle experience, you can reach Escape Goat 2's end credits without breaking your brain too much, which will probably take only a couple of hours, if that. But if you stop there, you will likely have solved less than half of the puzzles in the game, and the other half are much more devious. Those puzzles take a lot more logic and speed to tackle, and there are many secret exits well hidden within select levels that take a while to find.

There's nothing especially unique about Escape Goat 2 aside from its protagonist, but it thrives due to its masterful execution of puzzles, simple controls, and a kind learning curve. Even some of the game's easier solutions make you feel smart for discovering them. The easier, mainline puzzle path may be over quickly, but if you're interested in finding every secret and solving even the most diabolical trials, you can milk a lot of fun out of this goat.

View Comments (16)
Back To Top
7
Good
About GameSpot Reviews 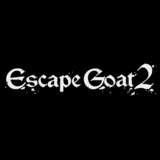 Britton Peele has been solving block-focused puzzles since Chip challenged him on his father's PC as a child. He managed to solve about 80 percent of Escape Goat 2's puzzles before writing this review. 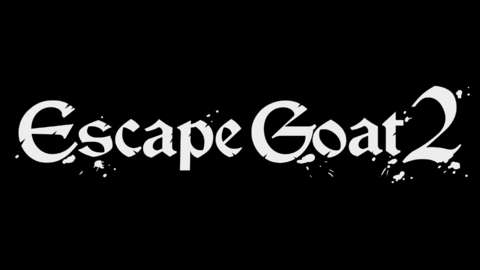