A fully filmed game that doesn't slack with its narrative.

Erica never lets you feel at ease for long. In one scene, a character teaches Erica how to play a song on the piano--you're encouraged to memorize the cute little melody and try to perform the correct timing. But just when you start playing along, somebody suddenly starts coughing up blood everywhere, it's messy and gross, everyone starts screaming, and the vibe is killed. In Erica you have to treasure those sweet breaks before they're swiftly swiped from your hands and replaced with a solid helping of worry, stress, and a side of confusion.

A fully filmed playable thriller in which the titular character is on a mission to help solve a murder case that she has strange family ties to, Erica utilizes some subtle yet effective film-inspired techniques--like match on action and screen wipes triggered by touchpad interactions--to tell its enigmatic tale. To progress each scene, you choose dialogue options and make various adventure game-like actions. The game bounces back and forth in time between Erica's childhood with her father to the mess that is modern-day life, in which she has to move to a strange hospital her late parents helped create for her own safety.

Erica, played by real-life actor Holly Earl, is a relatable, if malleable, protagonist. Earl regularly looks like she's bewildered or uncomfortable, exactly how you feel as a viewer in most of the situations. She seems thoughtful and patient, but other than that there isn't too much of a set personality for her. You decide through your in-game choices if she's more passive or aggressive or unhelpful during the case, and because of the high stakes murder circumstances, switching her attitude and approach never feels abrupt nor out of character. Even if you spend most of the game being rude, you can be friendly to someone and it doesn't feel weird. Your reactions, and in turn Erica's, are likely to change frequently during a playthrough every time new information pops up, objectives change, and new, incredibly peculiar characters enter the picture.

Somehow, every new character you meet is more suspicious than the last. Everyone talks to you like they just poisoned the food you're eating. There's a sequence in the courtyard where you can choose a girl to hang out with and get to know better, and right after you pick a possible pal to spend the afternoon with, the head of the hospital says, "Just remember that some of the girls here… Uh... They can be quite manipulative," and just walks away. The guy is nowhere to be found after that, and you're left sitting there wondering why would he say that--and before you know it, you're overthinking every interaction because you don't know which person he was insinuating was going to manipulate you. All of the secrets, ulterior motives, and Erica's own faulty memory cause for some very intriguing "Trust nobody, not even yourself" gameplay.

Perpetual disorientation is the central feeling of Erica, and it's what keeps you searching for the truth no matter how many crooked obstacles stand in your way. The plot is ever-changing and chaotic; you're attempting to solve a crime by talking to a plethora of weirdos in an unfamiliar, creepy place while having stifling flashbacks of your messed-up childhood. There's so many forces clashing and intense situations going on that you find yourself yearning to make sense of even the smallest mystery just to feel grounded. There was a time where Erica was being gaslit by a character and I ended up shaking my fist and yelling "She's not crazy, you're just lying!" at my TV--but even though that character annoyed me I kept listening to them in case they accidentally dropped a small hint to steer me in the right direction, and they did. Erica is a striking example of a whodunit that's heightened by its enthralling characters, shady occult science, and recollections of previous trauma.

From the overall murder case to smaller questions like what kind of hospital you're staying at, there are a number of mysteries weaving together concurrently throughout Erica. It's easy to miss context that's vital to understanding the full picture. You might get an answer to a question that's been burning in your mind for the last half hour, but that answer could be a truth that presents new pathways to choose from or a lie that leads you astray. That mystery management is exciting and makes every experience with the game its own curious, isolated thriller molded by whatever answers and stories you care about at the time.

You can use either a DualShock 4 controller or a companion phone app to play Erica; the latter is smooth and seamless for the most part, while the former is bogged down by a clunky implementation of touchpad controls and is the far less preferable option. As you move through the narrative, you alternate between selecting which areas to explore, choosing dialogue options like "contempt" or "desperation," and performing no-stakes everyday actions like cleaning the fog from a mirror or turning on the sink. Potential actions are shown as silhouettes on-screen, and there's also a mock trajectory of where to swipe your hand on your phone if you're using the app. The inputs are all done by small, comfortable hand swipes, not extending to the full horizontal or vertical reach of the screen.

Most actions are intuitive, and you feel like you know where to swipe and what you can do before the game even tells you. There's a moment where you and a detective walk up to an empty reception desk that has a bell sitting on it, for example. I lit up when I saw it and I started tapping on the screen a bunch--Erica didn't hesitate to mimic my actions in her world and ding away, so much so that the detective swatted her hand off of it because he got annoyed. The straightforward motions make navigating trouble-free, and being able to quickly deduce what moves you can make adds a connection to the moment-to-moment gameplay. It keeps your focus on the important things, like figuring out what the heck is going on in the story.

Choices and quick-time events happen every 30 seconds or so, which may sound overwhelming, but it isn't so in practice. Most of the time, they aren't high pressure actions; they're a chain of a few choices, and those chunks are separated by longer cutscenes every so often. They do eventually get mundane and feel unnecessary, especially if you choose to use the DualShock 4, though. The game is controlled entirely with touch, and while the swipes are supposed to be a convenience for your hands, it's difficult to perform them on the small DualShock touchpad without your fingers slipping off or hitting the joysticks. There were also a few occasions where the companion app was slightly unresponsive, which is something that can have game-changing consequences if it happens at a critical moment. It takes a second to get back into the game's rhythm after there's a blip in the controls. They're small things, but those shortcomings pull you out of what is otherwise a really engrossing experience.

In general, the filmic elements are integrated so carefully that it's a genuine and mostly calculated mix of two mediums. Erica is in the middle of game and movie, and a lot of small mechanics add up to show that. For example, the character Erica is an artist, and there's a scene fairly early on where you can flip through the pages of her artbook. Looking through a character's personal items is a common feature in interactive adventure games, but the detail that went into shooting the natural angles of each flip makes it an even more intimate way of gaining insight into who the character is. Outside of the footage itself, all of the trophy pop-ups are paused until you complete the game, which goes a long way to keep you from getting distracted. It's a small, fitting touch for a game that values story so much.

Perpetual disorientation is the central feeling of Erica, and it's what keeps you searching for the truth no matter how many crooked obstacles stand in your way.

There are also some sneaking situations that are made better by the film aspect. There are always conversations happening behind closed doors, and because you have so many questions that you need answered, sometimes you have to be a weirdo and eavesdrop on people. If you peek out for too long or open the door too fast, they'll see you, stop their conversation, and share an awkward glance with you. Because it's footage of actual peoples' facial expressions, it makes you cringe a little more--and that is one of the most high-tension fail states I can imagine.

The whole time, the game marinates you in a constant anxious energy that fuels a curiosity for the dodgy, mysterious world that you're influencing. Some scenes you're just holding a book or a photo and staring at it for details, but since it's paired with an insidious sting it transforms what would be a normal occasion into bitter dread. There are flashbacks, dreams, and abnormal things happening frequently; oftentimes you're forced to decide on the one secret you want to uncover the most and drop the others. Should you pick up the phone that's been ringing in the lobby or check out that weird ghost thing in the hallway? There are some decisions that are straight-up difficult--high-stakes ones where, in the bottom of your heart, you don't know what the right thing to do is, but you know you have to do something. Those times will have you wishing that this game was just a movie, but Erica is more than that.

Erica has a strong, fleshed-out narrative full of twists and turns that each bring their own unique piece to the story. Its cryptic tone is carried through the audio, visuals, and writing; it never lets you relax. Sometimes weird controls jolt you out, but there is an abundance of enticing threads to follow, and it's a treat to be able to mold your own adventure out of it. Using a combination of crisp cinematography and FMV-specific game mechanics, Erica never fails to hook you into its haunting, mysterious world. 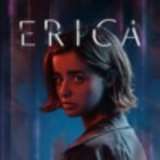 Funké played Erica for around five hours, which amounted to one full playthrough and some investigation of alternate pathways. Review code was provided by the publisher. 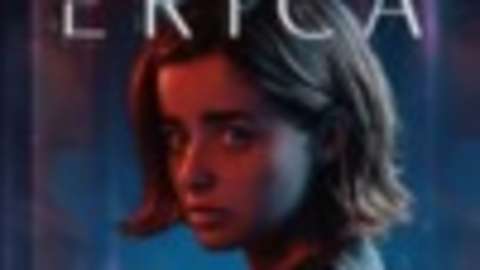