Eragon has some exciting moments, but they are overshadowed by frustrating controls and tedious level designs.

Eragon on the PSP might as well be called Saphira. Whereas all of the other video game versions of Eragon put you in the shoes of the titular hero, the PSP version puts you in the role of Saphira, Eragon's scaly blue dragon companion. It seems like a great idea to make a flight combat game starring a bunch of dragons, but unfortunately Eragon is grounded by some frustrating control problems and unfortunate level designs. But despite those problems, there is some fun to be had by flying around as a dragon, chomping on goats, dropping boulders on enemy structures, and spitting fire at flying foes.

You play as Saphira, a magic blue dragon who has a special bond with her rider, Eragon. It's your job to fly overhead and protect Eragon as he sets about saving the world from evil. You do this by flying through nine different levels, completing mission objectives such as killing enemies, protecting allies, racing through narrow corridors, and using magic to clear pathways. None of the levels are on rails, so you can fly around at your leisure. The problem is that most of the levels take place in confined areas, so you'll usually be flying around in narrow canyons, within constricting city walls, and through underground passages. As a result, you'll spend a lot of time bumping into walls and cruising around mazelike pathways trying to figure out where you're supposed to go. This isn't an open-skies combat game where you get to soar through the clouds and dogfight with enemies, which is disappointing given that some of Saphira's moves are actually quite fun and satisfying to pull off.

You move Saphira with the analog stick, press X to accelerate, and square to stop. You can also hold square and use the analog stick to strafe your targets. Like any good dragon, Saphira can shoot fireballs as well as sustained bursts of flames. There are also a number of context-sensitive actions that you can perform. You can fly over a pile of rocks and press a button to pick up a boulder, then fly over an enemy archer tower and press that same button to bomb the tower with the rock. You can also pick up and eat enemies and livestock to replenish your health. It can be fun to swoop down on an enemy, pick him up in your claws, and then eat him whole with a satisfying snap. Most of the enemies are extremely small, though, so it can be very difficult to see them. Fortunately, Saphira has radar--or, "dragon vision"--to show you where enemies and checkpoints are located. But even with the radar, it can be very frustrating to maneuver about and go where you need to go. Saphira tends to move very quickly, and the analog stick is too sensitive, which means you'll regularly overshoot your targets and have a hard time keeping them in your sights. As a fast-moving creature trying to attack stationary targets, you'd need a more intuitive and precise control scheme than what you'll find here.

There are nine levels in the single-player game, three of which are basically tutorials. Since it only takes 10 or 20 minutes at most to finish a level, you can burn through the single-player game in just a couple of hours. As you play through single-player, you'll unlock arena levels, which are multiplayer stages where you can go up against as many as three bots or real, live players in 12 different game modes. There are only six arena stages, and they suffer from the same design problems as the single-player stages. However, with so many game modes to choose from, you can spend a lot of time with the multiplayer game--just as long as you're willing to forgive the frustrating control scheme.

The multiplayer modes are basic variations on standard competitive multiplayer game types. In Rescue the Maidens, you have to fly to an enemy base, pick up one of your maidens, and then return her to your own base on the other side of the map. In Totem of the Ancients, you have to pick up a totem and hold on to it as long as possible, earning points the longer you control it. In Demented Doves, you have to catch diseased doves and let them loose inside the walls of an enemy stronghold, thereby "infecting" your enemy. In Butcher's Quest, you have to collect scattered hogs and return them to your pen, but you can also steal your opponents' hogs. In addition to these simple game modes, you'll find the usual deathmatch and team deathmatch modes. The multiplayer game is respectably robust and fully featured, and it's a nice touch that you only need one copy of the game to play. You have access to the full suite of game modes, maps, and options even when using game share.

The graphics look good in Eragon. The dragons all animate nicely and some of the special effects that accompany magic spells look sharp. The draw distance is pretty far, but the enemies don't actually appear until you're almost right on top of them, which can make it difficult to find your target without relying entirely on the radar. The frame rate is smooth, and there's a good sense of speed when you're flying at top speed, which makes it all the more frustrating that the levels are designed in such a way that you're rarely given the opportunity to really fly. The sound is on par with the graphics in Eragon. There are some decent voice clips delivered by the actors from the movie, and the music sounds appropriately dramatic and to accompany the fantasy-themed action.

Eragon sounds great in concept, but poor controls and claustrophobic level designs unfortunately clip this dragon's wings. If you can forgive the problems, you'll find some exciting and enjoyable moments in the game. The multiplayer is clearly the focus of this game, and it is actually somewhat enjoyable. Particularly impressive is the generous game-sharing feature that lets you play this game unrestricted with friends who don't own copies of their own. If you're not interested in a multiplayer game, though, you'll want to look elsewhere to get your fill of high-flying combat. 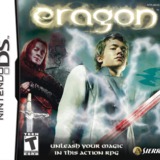 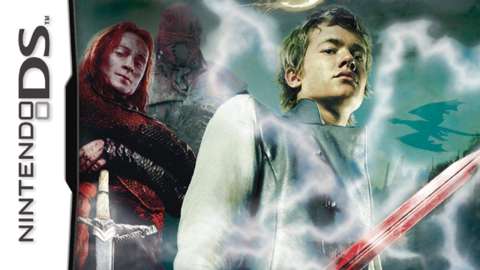