There have been plenty of games based on movies in the past, and there seems to be an industry subset devoted solely to pumping out run-of-the-mill action games based loosely on books, TV shows, movies, and cartoons. Enter the Matrix attempts to take the concept to the next level by delivering a new storyline that runs concurrent to the movie it's based on, The Matrix Reloaded, filling in some of the back story that the movie doesn't have time to deliver. While there are a few instances in the game where that is indeed the case, the game's story isn't strong enough to stand on its own, and the gameplay simply doesn't save it, making the game worth a look for hard-core fans of The Matrix films, but a buggy disappointment for just about anyone else.

Enter the Matrix focuses on two side characters named Niobe and Ghost. You'll see both characters sparingly throughout the film, but they rarely get any meaningful screen time. However, it's assumed that the duo is off doing something important when they aren't hanging out with Neo, Trinity, and the rest of the film's principal characters. The game proves that assumption correct, as you'll pick up the story just after the conclusion of one of the short stories that make up The Animatrix and make your way from mission to mission until you reach the game's conclusion, which takes place around the same time as the end of the film. The game's story is very fast and loose, and it assumes that you're already familiar with the film. Even the game's FMV ending is little more than a "Whew, that was close" sequence with a trailer for the film thrown in for good measure. There is a smattering of FMV used throughout the game, but most of the noninteractive sequences are rendered with the game's engine.

Enter the Matrix's engine delivers a pretty standard third-person action game. You're able to fire weapons and engage in hand-to-hand combat against a collection of foes. Most of the fighting puts you up against security guards, cops, and SWAT forces, but you'll also face the Matrix's own brand of vampires, as well as a couple of well-placed run-ins with life-threatening agents. The game is objective-driven. It opens with your character in a post office, trying to get to a specific PO box to retrieve some information. As you make your way through the game, you'll chase after airplanes in an SUV, rescue captured rebels, navigate a sewer system, destroy a nuclear power plant, and fight off a sentinel attack from on board your ship, the Logos. None of the objectives are fleshed out terribly well, and it's difficult to really get a feel for what, exactly, your team is doing and how, exactly, it ties into the plot of the film. Sections also stop and start very, very abruptly, as the game pauses to load up new sequences or give you the opportunity to save quite often.

The Matrix may have been credited with bringing the slow-motion "bullet time" effect to the big screen, but games like Max Payne have already brought the effect--which slows time down to give you cleaner shots and more control of your character--to video games. Enter the Matrix, of course, uses this effect, and it's governed by a "focus" meter. You can use focus at the touch of a button, and it does things like let you run up walls, jump farther, and cartwheel out of the way of oncoming bullets. The ironic thing is that you really don't need to use the effect all that often, as the enemy AI is easily dispatched by hitting the action button to disarm them and then finishing up with some quick punches and kicks. You'll pick up an array of guns along the way, and it's quite easy to just pump enemies full of lead rather than bother with your kung fu skills. The AI in the game is also a bit of a mess, so you can expect to see things like enemy cops running into a wall and staying there, enemies clipping through walls and doors instead of running around to get to you, and so on. The game is rarely difficult, and like in Activision's recent movie game, X2: Wolverine's Revenge, you can simply stand still for a minute or so and regain all your health, which takes away almost all the tension. Short chapters and frequent saves combine to prevent you from ever having to replay lengthy sequences, should you actually die.

Enter the Matrix's most heinous flaw is that it draws from a highly stylized universe but fails to capitalize on any of those strengths. Even though your characters will occasionally make some pretty daring escapes, you never actually get to do those things yourself. The game lets you run right up to the ledge, for example, but an in-engine cutscene always kicks in just as you're about to jump off. Also, some of the effects just look hokey. The game's subpar animation prevents most of your acrobatics from looking particularly good, and little touches, like the way the agents become a blur when they move to dodge bullets in the film, are totally missing here--which is especially silly, because it makes the agents look like they're trying to dance whenever shots are fired in their direction. Even the game's final sequence, which has you either piloting or covering the Logos as it runs from a ton of sentinels, seems ill-conceived. Perhaps it's fitting that a game with so much full-motion video has an end sequence that plays like it was taken directly from a Sega CD game--namely, Sewer Shark.

Speaking of full-motion video, one of the big draws for The Matrix Reloaded fans is the fact that Enter the Matrix features new sequences shot specifically for the game, using the same actors and locations found in the movie. Of course, the new sequences are really quite limited, and they star the secondary cast almost exclusively. Aside from a short sequence featuring Carrie-Anne Moss, a sequence featuring the Oracle, and a very brief appearance from Hugo Weaving, the only time you'll see the movie's principal characters is when the game is merely replaying scenes from the film. Even then, the scenes never focus on the lead characters. Not all of the film sequences are throwaways, though, as you'll get to see one of the film's most impressive special effects shots. But by and large, the FMV will be uninteresting to anyone other than die-hard The Matrix fans, and it doesn't do anything to add depth to the game's razor-thin plot sequences.

The game does have a neat little element to it known as hacking. When you select hacking from the main menu, you're thrown into a DOS-like command line interface, given a few simple commands, and let loose. As you hack around and discover different commands, you'll be able to watch the game's FMV and look up information on the characters, cars, and weapons found in the game. Cheaters will also be able to enter cheat codes here, as well as drop extra weapons into the game's levels. It's a neat touch that gives the game a little more style, but within an hour or two, you'll have seen everything the hacking mode has to offer. More control over the main game from here would have been really cool.

Enter the Matrix bears the additional weight of being a pretty buggy game. Aside from the aforementioned AI bugs that permeate every version of the game, each version has its own quirks. The PC version has a highly unstable frame rate, even on systems that exceed the system requirements by a wide margin. The PlayStation 2 version suffers from serious frame rate problems and a bevy of audio errors, the most troublesome of which causes some cutscenes' audio to be played twice at slightly different times, creating an echo effect that renders almost all the dialogue completely unintelligible. The Xbox version has locked up on us a few times, and the GameCube release has its own frame rate troubles. You would think that, since Shiny has been working on a Matrix game for years, the end product would come out polished and, well, shiny. Add to this plenty of sloppy instances where dead guards clip through walls and the game's generally weak animation, and the whole thing ends up looking like a rush job.

To further discuss the differences between the various platforms, it's worth mentioning that the PC version of the game has a drastically different control scheme than the console versions, defaulting to keyboard-and-mouse control. While that's fine for the shooting elements of the game, it's a bit too loose to really work in hand-to-hand situations. The PlayStation 2 controller is the best way to play the game, as it simply has the best button layout. The Xbox version maps your firing control to the black button, which is way, way out of place on the now-standard S controller. An old-style Xbox controller works a bit better. The GameCube version doesn't control especially well, either, using the Z button for opening doors and disarming foes while using one button for a universal strafe command. You have some options as far as adjusting the control scheme goes on every platform, but in the end, the PS2 version is more precise than the rest.

Of course, that's not to say the PlayStation 2 version is the overall best. Graphically, it's the weakest, delivering more pixelated models and more frame rate trouble than the other console versions. The GameCube version looks a bit better, but the Xbox version, with its 1080i support for high-definition televisions, is the best-looking console version of the game. The PC version has the potential to look better, but the awful frame rate on PCs that meet the system requirements really gets in the way.

Enter the Matrix is a game that, done right, could have been something special. Never before have games and movies tried to come together in this way, and the concept is a cool one. However, the game serves as little more than an advertisement for the film--it doesn't have a story that stands on its own, and the gameplay doesn't really offer anything that we haven't seen in better games. If you're a huge fan of the film, it's worth renting to see the few additional sequences, but for the rest of you, it's just another licensed game that doesn't do justice to its source material.

View Comments (3)
Back To Top
6.3
Fair
About GameSpot Reviews 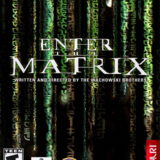 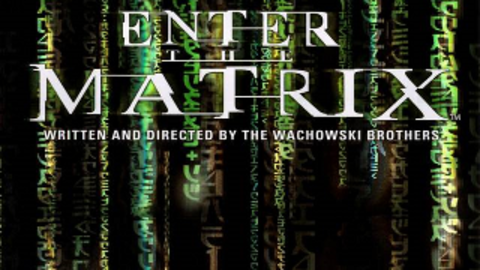