Enemy Nations presents real-time strategy gamers with, if not something exactly new, at least a new combination of gaming styles.

Enemy Nations presents real-time strategy gamers with, if not something exactly new, at least a new combination of gaming styles: SimCity meets Command & Conquer. But the game suffers from a depth problem - it's not that there's not enough depth; if anything, it may be that the game is too deep. If you haven't read very far in the manual when you first load up Enemy Nations, you won't have much luck understanding the game. But if you read the manual cover to cover, you won't have much luck having any fun.

The biggest disappointment here is the frustrating and rather truculent interface. Even after you get the hang of it, its shortcomings continue to be a burden. Because the game is real-time, and because the terrain and buildings can many times block your view of something, it becomes a cursor race to select the proper unit before it disappears behind the aforementioned terrain or building. While you realize that you could click-and-drag to select the unit, if you have more than one moving unit in the same general area, selecting one and not the other becomes a real problem. This sort of poor design runs rampant throughout the game. And don't even bring up the subject of shortcut keys; let's just say, "Too many units, too few presets" and leave it at that.

For those of you who just might still be tempted to run out and purchase a copy of the game, here are a couple of other fascinating tidbits. First, the pathing routines written into the AI - which control where your trucks go and how they get there - are just shy of being the worst ever seen. The manual tells you that you'll save time and gas by building roads between structures, which is terrific if you only have one truck. On any straight stretch of road, two trucks can pass by each other with nary a whiff of trouble. But if those two trucks happen to encounter each other on a corner of the road, they do a neat little dance that looks like the space shuttles Atlantis and Columbia doing an intricate parallel parking maneuver. Both trucks usually wind up completely off the roadway, venturing around blindly in the outback as though they were supposed to be there. Also, since the planetary map wraps completely around the world, you occasionally wind up with a truck that thinks the shortest path to its destination will be on a line directly away from the base, across uncharted (and therefore roadless) terrain, and the ability to build wider roads doesn't lessen the frustration. Apply these same pathing routines to a battle, and you can understand just how much trouble you'll be in every time you go into combat.

Secondly, the designers felt that their achievements in programming would be for naught if they didn't include the best, most highly detailed artwork they could possibly create. If you have anything less than a P-120 with 64 MB RAM and a 6x CD-ROM drive, you'll never be able to see all the "really kewl" stuff. They include a document with the game that describes how all of your various computer equipment will interact with the various game design elements, and they seem really proud of the fact that Enemy Nations will never play well on any system that was built prior to July 1996. It's either a case of the designers truly believing that Enemy Nations is the most highly developed game in existence, or an extreme example of the emperor's new clothes. My guess would be the latter.

Finally, we come to the manual. This manual is epic in scope and with all the density of superheated hydrogen. It reads like War and Peace with every other chapter removed. The information contained in it is not only poorly detailed, it is often wrong, or so vague as to leave you more confused than when you started.

Enemy Nations is a complex game with poor AI and even worse pathing. Increases in game difficulty amount to your opponents having more stuff when they begin, not acting more intelligently. The tutorial is an exercise in frustration, the manual reads like postmodern deconstructionism, and it will only run well on truly exceptional hardware. 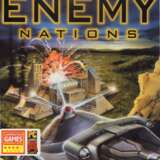 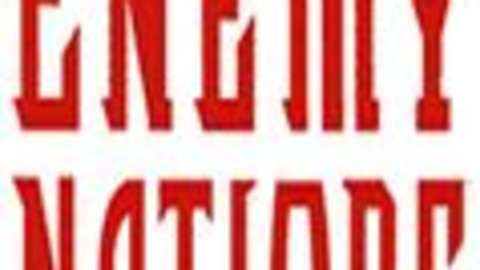 Enemy Nations presents real-time strategy gamers with, if not something exactly new, at least a new combination of gaming styles.