Endless Space is a relentlessly difficult sci-fi strategy game, challenging your intelligence at every turn.

Endless Space is a new game to the 4X strategy scene, featuring non-linear gameplay and a demanding level of difficulty that pushes you to learn from past mistakes and strive to overcome the hurdles of galactic domination. This might not sound like everyone's cup of tea, but you'd be surprised how quickly Endless Space can trigger addictive tendencies. There is little in the way of story or variety in the presentation, but on all other counts, Endless Space is an excellent sci-fi strategy game that you can potentially replay for years to come.

When you begin a match, the first order of business is to define the size and density of the galaxy you wish to vie for. In addition to the dozen or so settings available for customizing the map, randomly generated star systems ensure that no two sessions play alike. Likewise, factions and allegiances are highly customizable, should you choose to veer from the predefined selections. There are just over 75 attributes that can be applied to a custom faction, and your choices impact your ability to interact with outsiders and exploit the universe around you.

Once you've committed to a galaxy and faction, you're treated to an intro cutscene in the form of a motion comic. The character and environment art are a treat, but their time in the spotlight is short and very much to the point. There's enough backstory to justify the sci-fi setting and your chosen faction, but little else. Before you know it, you're in command of two spacecraft on your home planet with the forces of enemy empires looming on the horizon.

To even stand a chance of emerging victorious, it's imperative that you hit the ground running. Thankfully, Endless Space's intuitive UI holds your hand as you stumble down the unbeaten path of galactic domination. Tutorials appear when you initiate menus for the first time, and there are always reminders when anything of consequence happens during the course of a turn. You're not forced to dig through menus time and again; instead, you click on notifications to easily access research, production, and expansion tools in an instant. This may not sound impressive, but for a genre that requires a ton of micromanagement and has historically lived deep within complicated menu trees, the UI's ability to communicate in an organized and logical fashion should not be taken for granted.

On the flip side of the coin lies the incredibly complex tech tree. There are four research branches to explore encompassing 138 unique technologies. The nonlinear design ensures you exhaust numerous matches finding your way within the sea of possibilities. Quite often, what worked during your last match might not be as useful in the next, so it's important to diversify your knowledge of the entire tech tree.

One barrier that stands in your way is the elaborate language used to identify and define various technologies. Words like "epigenetics" aren't common and are bound to leave a few people scratching their heads. You do get a clear understanding of the bonuses rewarded once you've acquired a particular tech, but quite often they are only vaguely defined in the initial description. Without proper experimentation, it's easy to waste time and energy on lackluster technology simply because the description is unclear. Lose your footing due to the nonlinear progression or complicated terminology, and kiss your progress goodbye.

Even if you've honed your ability to navigate the tech tree, there are some conditions that are completely out of your control. Just as the densities of star systems and planets vary, so too do their attributes. Planets are randomly assigned anomalies and advanced resources that further complicate your empire's development path. Newfound dangers and opportunities pop up when you least expect them, and if you don't adjust accordingly, you can count on your opponents to take advantage of your mistakes.

The AI is punishing, even on normal difficulty, forcing you to constantly correct past mistakes and improve your ability to micromanage. You may not comprehend the entirety of the game's systems during your first few matches, but frustrating losses quickly give way to incremental improvements, and each successive match bears the fruit of your experience, narrowing the gap between victory and defeat. Though Endless Space is daunting in the beginning, deciphering the game's verbiage and developing your potential are what make it a rewarding experience in spite of the challenge.

Eventually, you encounter outsiders, and before you are thrust into battle, you can negotiate the terms of engagement. Depending on your faction and resources, it may be best to butter up your opponent with a peace treaty until you've acquired the proper warfare tech to penetrate their defenses. Quite often, though, enemy encounters result in combat. Combat consists of three phases: long range, medium range, and melee. You can assign a move for each phase consisting of offensive or defensive maneuvers, or you can opt to auto-battle if you wish to simply roll the dice. Unless the tables are tipped in your favor, manually assigning commands is the best way to mitigate damage from an opposing star fleet.

Combat is also the only time the camera shifts perspective, revealing the grandeur and might of your spacecraft. As the phases of battle progress, the camera cuts to different angles, highlighting the action against beautiful expanses of outer space. Ship designs vary greatly between factions, often mimicking the appearance or evoking the attitude of the commanding race. As you begin to customize the parts and functions of individual ships, it's encouraging to see the result up close, but quite often, the drive to complete a turn means you rely on auto-battle to keep the ball rolling.

Once you've adjusted to the flow of gameplay and empire management within Endless Space, beware: addiction is in your future. You will lose, lose, and lose again, but the motivation to succeed keeps you going back for more. If you wish to mix things up, online multiplayer opens the door to new levels of variety and difficulty. There is also native support for game mods, should the community wish to retool and iterate on the game's formula even further.

4X strategy games have the ability to captivate you with engrossing depth, requiring forward thinking and an extreme aptitude for juggling numbers large and small. With all of these qualities, Endless Space takes its rightful place on the 4X podium. The numerous options available during game creation are outnumbered only by the possibilities within an individual match. By the time you've got a few turns under your belt, it becomes painfully obvious that Endless Space is anything but a walk in the park, and if you are a fan of deep, methodical strategy games, you'll be thankful for it. 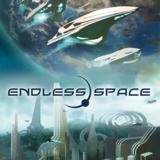