It's difficult to know the breadth of the Endless universe through one game alone. The mythology tells of a galaxy conquered by the eponymous space-faring civilization, The Endless, and torn asunder by their subsequent civil war. Endless Legend picks up a small speck of that saga on the planet Auriga centuries after conflict sterilized the world.

That narrative is a fitting analog for Endless Legend: as life returns and new civilizations emerge to strike out on this familiar world, so too does developer Amplitude, returning to its roots in the realm of 4X tactical strategy. And those efforts are beautifully and familiarly realized. Legend toes the edge of unique and alien, and twists small flourishes into hallmark mechanics that set it apart. Yet in that same motion, the thoughtful focused attention elevating it also rends flesh from the bones of the structural skeleton, embedding small nicks that hamper the finished product.

First steps on Auriga are a delight of sights and sounds. The landscape is lusciously vivid, exploding with color and texture from the cold hues of arctic tundra through the flushed accents in arid deserts. Peeling back the numeric veil that overlays the topography reveals a place that uniformly impresses; such detail is paid to the wild landmarks, strange resource nodes, and mysterious ruins that it's easy to forget the statistic-crunching nature of civilization management and just get lost in the potential for adventure. Each lingering note from the wholly appropriate soundtrack fosters this façade: soothing with soulful strings and haunting chants that both sadden and inspire while foreign tones solidify the science-fantasy motif Legend so aptly delivers.

Navigating that experience is done through Endless Legend's powerful and friendly interface. Here, Legend's camerawork is stellar. Pulling in tight highlights the smallest details in the foreground while simultaneously rendering the distance just out of focus, instilling a pervading and artistic sense of vastness to the world. Retracting your gaze to a wide-angled view slowly reveals more and more until the detail falls away completely, replaced by an interactive parchment map of your known world that captures the essence of distant macromanagement defining so much of the genre.

Legend toes the edge of unique and alien, and twists small flourishes into hallmark mechanics that set it apart.

And to that degree, empire planning is as on-point in Endless Legend as we've come to expect from the tactical strategy space. Most key elements now associated with large-scale interaction between empires are all adequately represented and fleshed out to an effective degree: there is an era-based tech tree for research gains, a healthy city-building structure that draws from each tile's natural resources, and a diplomacy path that has provides substance while eschewing needless heft.

But the initial step toward conquest is the choice of faction to best represent your interests on Auriga, and here too, Amplitude has deftly worked style-centric decision-making into the recipe. The eight empires on tap run the spectrum of archetypes--the forest-folk Wild Walkers, the zerg-like Necrophages, and the nomadic, commerce-driven Roving Clans--and each carries its aesthetic and functional theme into the fray. Yet it's the special circumstances surrounding faction victory conditions that truly reinforce each culture as a unique play style.

Those Wild Walkers are expert builders whose natural proclivities tend toward a victory through construction of a wonder; Necrophages' endless hunger drives them to constant conflict to supplement their hindered food supplies with the corpses of the fallen, spurring them toward endless war and victory by elimination; and the Roving Clans, they can't go to war. Instead, they take a cut of marketplace dealings from every faction in a bid for the suggested economic victory. Still stranger is the Cult of the Eternal End, which can't build settlers and thus cannot expand through new cities, choosing instead to architect one great seat of religious power and gain the much-needed FISDI resources--Food, Industry, Science, Dust, and Influence--by enslaving the dozen-plus native factions into an army of converts.

In fact these neutral minor factions are the most serious threat to a budding empire, as their random node placement and penchant for fostering early-game armies of roaming monsters could cripple your efforts before they've begun--especially if you happen to start near one of the more difficult races, like the ghostlike Haunts. But by pacifying the node through fire, bribery, or favor, you're able to assimilate the race into your empire and generate its units as your own. And it's with the artificial intelligence that I take the biggest issue with Endless Legend. Once you've subjugated the immediate neutral factions, and that initial blow of uncertainty in the first two-to-three dozen turns has been weathered, the danger and drama of survival quickly begins to fade. Enemy empires rarely stake claim to your territory and only put up mild resistance when circumstances are reversed.

As I led the Vaulter faction--a science-minded, space-faring people that crashed on the planet long ago--across the many continents of Auriga, I occasionally expanded too fast and spread myself too thin, capturing enemy cities I wasn't yet prepared to defend. But even when I could see a massive neighboring army poised to retake this settlement, the counter-offensive was never mounted, leaving me to wonder what, if any, the point of this conflict is, given how these cultures don't care enough to participate. Endless Legends just isn't that difficult against AI opponents, and victory or quick elimination is more often than not determined in the first phase of a campaign.

But clashes with enemy units are a natural and regular part of Endless Legend, taking place directly on the campaign map rather than whisking both forces away to settle differences on a secondary battlefield. The boundaries of the engagement zone are overlaid and units disperse across the immediate hexagonal map tiles. While tactical considerations can be made with regard to tile terrain--forests provide certain defensive boosts, for example, and enemies on the high ground receive statistical advantages--overall combat in Legend is simplistic.

Skirmishes are capped at six turns before ending in a draw, understandably so, in an effort to prevent battle fatigue. Yet those titanic meetings between unstoppable forces and immovable objects, the kind that can live on in your memory well after the campaign ends, never get a chance to coalesce. Instead, battles are fairly small and straightforward affairs. All unit actions must be decided before each turn, and they require a degree of foresight, but statistical power and numbers almost always land you a victory. Those potential tactical nuances that allow for a victory in the face of utter annihilation have taken a back seat to simple arithmetic.

The most important aspect of conflict then becomes preparation, which Endless Legend does arguably better than any similar game. The addition of hero units add a spear tip to any army when upgraded through a dense skill tree, and outfitted with progressively more effective weapons and armor. Hero units are a vital part of any empire, and honing them into army-crushing killers or economy-focused city governors is as simple as obtaining the right skills and equipment.

Endless Legends just isn't that difficult against AI opponents, and victory or quick elimination is more often than not determined in the first phase of a campaign.

This customization also carries over to units themselves. It's possible to create fully outfitted units from their base models provided you have the resources to reliably recruit them, as equipment quickly bloats unit cost. In this way, rather than simply mass-producing expendable default soldiers, a much closer bond can be forged between you and your faction. When effort and resources are amply invested in heroes and units--and even customizable factions--their fates and wellbeings are more than just a means to an end.

And the end is nigh. The opening arc of nearly every faction references the relapse of a great cataclysm, imparting a feeling of timeliness to expand your empire before the clock winds out. The overall strategy of gameplay reinforces this feeling by incorporating a two-season structure: summers are fertile and bountiful times when life and expansion bloom, while resources, troop movement and empire happiness are significantly gashed during the harsh winters. As the game progresses, the summers become shorter and winters longer; as I neared the 300th turn, the warm unbinding climates were brief respites from the cold truth that winter was coming. It's a feature that can be mitigated by savvy technology spending, but the flow of seasons still provides a fantastic feeling of impending dread.

So, too, do Legend's narrative arcs, which take the form of in-game faction-specific quest chains that escalate toward each empire's unique victory condition. Sadly, these quests are the closest this strategy game comes to a guided campaign or story mode; the incorporated lore and writing are an absolute high point, and tapping that creative vein could have made for an amazing, driven experience. Completing each step of the many available quests nearly always bestows items of value, such as resources, new technologies, and legendary artifacts, but quests are more than just a means to an end: they are an integral part of Legend's high-fantasy character .

What I admire about Endless Legend the most is its constant ability to define itself, serving as its own analog: a storied backdrop, an endless well of hope for each comparatively youthful faction as they strike out, the growing pains and oversights that could cripple a nation, and the inevitable scramble to reach full potential before the coming storm and doom. So too did I bristle at the possibilities of each new game, maintaining that excitement well into an established empire, and scrambling to find new challenges when faced with the inevitability of the end.

Each new game in Endless Legend feels different and exciting thanks to its well-crafted factions and earliest uncertain moments, but those initial distinctive stories begin to meld at some point therein, becoming the same experience. Yet it's hard not to look at the experience as something very special, and that "just one more turn" hook that's essential for games of this ilk to survive is certainly alive and well. Endless Legend's driving forces are so thoroughly executed that it serves as an imperfect, but well worthwhile step in the series, and hopefully a sign of things to come. 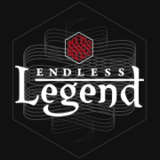 Brandin Tyrrel has invested untold hours into turn-based strategy endeavors. He enjoyed the 35 he spent reviewing Endless Legend, and the promise of each unique faction. He'll soon start the most massive campaign he can, before getting distracted and finishing it up 2-3 years from now, like he always does. 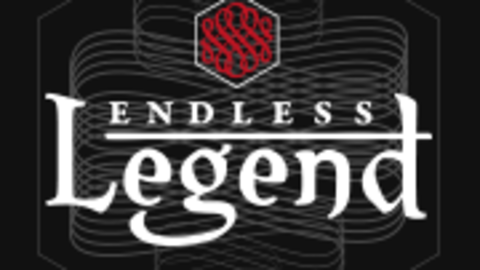 Endless Legend is turn-based fantasy 4X strategy game where you must make your civilization a living legend as you struggle to save your homeworld Auriga.