People without a passion for shooting fake guns at their television sets probably won't find much to like.

Over the past few years, the waning light-gun genre has been all but completely dominated by two companies, Sega and Namco. Considering the overall high quality of series like House of the Dead and Time Crisis, it would take some gumption to try to horn in on the action, though this apparently wasn't enough of a deterrent to keep Empire Interactive from producing Endgame, a very cut-and-dried light-gun game with a story that serves as further evidence that Europeans have an innate distrust of large technology-oriented corporations.

Set in the near future, Endgame follows Jade Cornell as she uncovers the nefarious plans of the EuroDream Corporation to use its latest virtual reality product, VirtualWorldTomorrow, to control the minds of the general populace. It's up to you as Jade to travel around somewhat exotic European locales, like the London Underground and the Swiss Alps, rescue your compatriot Tyler from the clutches of EuroDream, and activate the Octavian AI to put the kibosh on their scheming.

Thankfully, Endgame's apparently slapdash storyline doesn't really factor into the actual game, which is nothing more than a Time Crisis clone. On rails the whole time, you'll roll through each level, riddling wave after wave of security guards, guys in quasi-military gear, and the occasional boss with bullets, using one of the alternate buttons on the Guncon or Guncon2 to find cover behind objects and reload your gun. If you're already familiar with Namco's premier light-gun series, the learning curve on Endgame should be around nil, though the game's low level of difficulty all but ensures that first-timers won't break a sweat playing the game either.

Once you've played through the main game, which shouldn't take more than a couple of hours, Endgame also has a secondary game called Mighty Joe Jupiter, which is just another Time Crisis clone, this time set in a cheesy, Flash Gordon-esque sci-fi setting. This extra game adds to the value of Endgame, but the inherent problem with this title is that the Time Crisis-style mechanics have been all but completely worn out, and the game makes no effort to implement any new gameplay elements.

Endgame is a product of Criterion's RenderWare platform, the same engine used to power games such as Grand Theft Auto III and Tony Hawk's Pro Skater 3, though this is where the visual similarities end. The game dutifully showcases all the strengths and weaknesses of the RenderWare platform--character models and level geometry are very simple but at least have a clean look to them, textures generally look sharp, and motion blur and light diffusion effects are utilized whenever possible. Though the competition is slim, Endgame is still one of the least graphically appealing light-gun games for the PlayStation 2 overall.

Top light-gun game producers Namco and Sega have made exceptionally poor voice acting one of the hallmarks of the genre, and while the voice acting in Endgame is most certainly bad, it's never so bad that it reaches a level of camp. Aside from the lackluster voices, Endgame's sound design features a decent mix of electronic music and a cinematic orchestral score, making the game sound a bit classier than it really is. The game also touts the use of positional audio, though this basically translates into the sound of your shots coming from different directions depending on where you shoot, which, when you think about it, doesn't make any sense.

With light-gun games for the PlayStation 2 so few and far between, fans of the genre, especially those who have gotten impatient waiting for Namco to spit out another Time Crisis game, should find some solace in Endgame. But that's about it. People without a passion for shooting fake guns at their television sets probably won't find much to like. 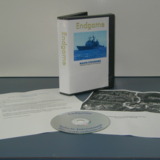 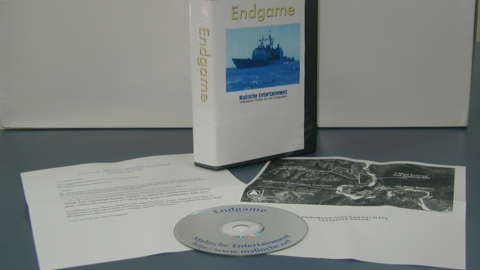 People without a passion for shooting fake guns at their television sets probably won't find much to like.