The Art of Conquest doesn't add enough to make much of a difference.

What do you get for the game that already has everything? Not much, if you're the Art of Conquest expansion for Empire Earth. This disappointing addition to Stainless Steel Studios' everything-and-the-kitchen-sink real-time strategy game doesn't do much to justify its steep $30 price tag. What you'll get are three new campaigns, a half-baked new epoch, and one new bonus for each civilization.

There are three new single-player campaigns in Art of Conquest: one set in ancient Rome, another set in the Pacific theater of World War II, and a futuristic one that goes from Asia into outer space. The campaigns are heavily adorned with in-engine cutscenes that zoom in far too close for comfort, where blocky, low-resolution figures shift through their idle animations while embarrassingly bad voice-overs play in the background. For instance, when the game tries to re-create General MacArthur's triumphant arrival in the Philippines, the game looks and moves like an animated set of child's toys.

And unfortunately, Art of Conquest doesn't play all that well, either. The campaigns introduce some new units, but they have a minimal amount of impact on the gameplay, and you won't find them in any of the skirmishes or multiplayer games. In the original game, you could build your own civilization by earning points to buy bonuses that carried over from mission to mission. Art of Conquest has nothing of the sort, instead connecting missions with convoluted storylines. The Roman campaign begins with a fictional general before moving on to the career of Julius Caesar, ranging from Gaul to the rest of Europe and Britain before squaring off against Pompey and Cleopatra in Egypt. But the missions are little more than heavily scripted skirmishes on maps vaguely shaped like real-world geography.

The limited nature of the expansion is most disappointing in the World War II campaign, which could have featured some interesting island hopping, wars of attrition, and naval clashes with carriers, submarines, and air power. Instead, there are only dull, superficial interpretations of battles like Guadalcanal, Midway, and Iwo Jima that are more about scripting than tactics. For instance, on Iwo Jima, you have to clear out bunkers to the north before clearing out the bunker to the south, which ends the scenario. There's no good reason for this sort of restriction, but the campaigns in Art of Conquest are generally driven by these kinds of scripting limitations. The futuristic campaign, which is brimming over with exposition, is the least coherent. It goes from battles against rebels in sprawling cities to strange trade puzzles to the game's new space age epoch, which may as well have been strapped on with duct tape.

Space is the now the 15th and final epoch in Empire Earth, which might have been exciting if it weren't so poorly implemented. Space is found only on specialized maps, where it replaces water and can be crossed only by spaceships. "Planets" are represented by chunks of floating land, which are really just round islands. Some of these are supposed to look alien, so they're drawn with purple palettes and have clusters of crystals that can be harvested for wood instead of trees. And as you might expect, there's no water on these new types of maps, rendering all naval units and bonuses completely useless.

If you're playing a space map, you can set it up so civilizations will have no contact with each other until the space epoch arrives and they can reach each other's planets. You can also have space maps with all players on one planet and smaller planets waiting to be reached after the space epoch arrives. These might have offered had some interesting effects on the gameplay if the new additions in the space age weren't otherwise so trivial. Only the basic infantry and the defensive turret get upgrades in this epoch. Otherwise, all you'll find are five types of spaceships, a new gun emplacement, and an only marginally useful wonder of the world. The new ships, which seem rather generic as far as spaceships go, move just like naval units, anyway. The new explosions look good and the damage effects of ships with hull breaches are impressive. But in terms of gameplay, spaceships are essentially big, ugly boats. Compared with the other 14 epochs in Empire Earth, space in The Art of Conquest is almost as empty as the real thing.

The best additions in Art of Conquest are the new unique bonuses given to each civilization. However, these are wildly uneven, ranging from the virtually useless to the bizarre to the potentially unbalancing. Among the stranger abilities are Roman "insurance," in which a portion of a unit's cost is refunded when it's lost, and Assyrian "slavery," in which killing villagers will create new Assyrian villagers who represent captured slaves. There are now several units with cloaking, as well as one civilization that can temporarily cloak its own base. Some civilizations now have flexible economic choices to exchange or substitute resources. Britain's commandos are basically rip-offs of the commando unit from the Red Alert games. The Spanish and English have improved line of sight for certain units, which is only marginally useful since it could have been purchased in the context of the game. One oddity that again points to the weakness of the campaigns is that none of these bonus powers actually come into play in the campaigns. However, in skirmish and multiplayer games, you can mix and match these powers for custom civilizations. This adds an extra degree of flexibility to the already overbearing detail that makes Empire Earth one of the most ambitious and desultory real-time strategy games to ever overwhelm you.

Unfortunately, to play with these bonus powers, you'll have to shell out about $20 too much for a set of disappointing campaigns and an even more disappointing space-age coda. Ultimately, The Art of Conquest doesn't add enough to make much of a difference. 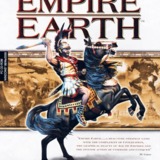