Emergency 3, the latest real-time strategy game from publisher Strategy First, attempts to capture the urgency of life-and-death situations that arise from sudden and unexpected events like train wrecks, automobile accidents, structure fires, explosions, and even failed bungee jumps. But as exciting as it may sound, Emergency 3 delivers much more frustration than dramatic tension, thanks to clumsy controls and the trial-and-error nature of the mission design. The flaws are made all the more apparent by the fact that most of the missions are actually creative and interesting, and that the overall premise of the game is a promising one.

The gameplay in Emergency 3 is divided between a 20-mission single-player campaign and a freeplay mode. In freeplay, you can complete a series of challenges or address an endless stream of emergency situations spread out over a large town. Regardless of which mode you choose, the basic gameplay remains the same. You're given specific objectives to complete and you must use a variety of rescue units to do so.

The missions in the freeplay mode are as simple as putting out a fire, responding to a very generic "medical emergency," or sending out an engineer to repair a faulty traffic signal. As you play, you'll see the same handful of objectives repeated ad nauseam, the only variables being the location and frequency of occurrence. Once you figure out how to address each type of scenario, the challenge is derived from micromanaging several units at a time and balancing your budget.

The single-player campaign features much more-varied missions and locations, some of which are quite creative and interesting. Before each mission, you're treated to a rendered scene that shows exactly what happened in the moments leading up to the event. You'll have to deal with all kinds of situations that go way beyond simply putting out fires or treating wounded people. There's a multiple-car pileup caused by a distracted bus driver, a collapsed glass dome over a crowded water park, a bungee jump gone terribly awry, and more. But as compelling as the setup is for each of these missions, they play out in an aggravatingly rigid step-by-step process that leaves little room for error. The missions will try your patience by requiring you to follow a very specific course of action every step of the way. It's up to you to figure out what you need to do, be it hunting for a tiny, nondescript control box to turn on a traffic signal to divert traffic away from an accident, or searching for a fallen jumper who has been washed downstream and ended up underneath some underbrush. Chances are the jumper will die a dozen times before you actually find him, and when you do find him, you'll have to figure out exactly which rescue unit to use to save him.

That brings up another flaw in Emergency 3. There are more than 30 rescue vehicles in the game, but there's no explanation of what each one actually does, or how to use them. There are the standard fire trucks, ambulances, and rescue helicopters, but then there are much more specialized units like fire boats, K9 units, and salvage trucks. Each unit serves a very specific purpose, but there's often very little indication as to what that purpose actually is. There .pdf manual included with the game doesn't explain much of anything, and the in-game tutorial only shows you how to use a handful of different units. There is a bit of brief text accompanying each unit, but you can't access that until you're already in the midst of a mission. So while people are suffering all kinds of unspeakable horrors, you have to read through a bunch of often poorly translated text to figure out which of the couple-dozen units you need to use. It would be like a paramedic showing up to help a guy having a heart attack, only to stop and read the instructions on how to get the defibrillator working.

Once you figure out which unit or units you need to use, there's the challenge of actually controlling them. Each unit has to be deployed one at a time, and once they appear on the scene you can start to issue orders. For the most part, this just involves selecting a unit with a left mouse click, setting a destination with a right mouse click, and interacting with people or objects with another right mouse click. It's simple enough when there's not too much going on, but when you're trying to juggle dozens of units it can get difficult. For one thing, the units don't always go where you tell them to. Occasionally they'll find their way without any problems, but other times your medics will end up wandering off into the middle of a forest when you try to get them to cross a bridge or enter a building. Other times, your units will get stuck in a confined area and will just give up and quit moving.

Another problem is the cursor, which changes shape to indicate when you can interact with an object or person. Unfortunately, the cursor isn't very responsive to these interactive spots, so you'll often have to mouse over a person or object several times before you can actually interact with it. Targeting can also be difficult. Sometimes, when attempting to set up a police officer to direct traffic, they'll face with traffic on a one-way road, and sometimes your firefighters will inexplicably stand there with a hose doing nothing while fires rage all around them. Even more frustrating is the artificial intelligence (or lack thereof) of the civilians. Rubberneckers will stroll out into the middle of traffic on a four-lane highway to get a look at an accident; pedestrians will walk right up to a burning building, and so on. Since most missions require you to keep the casualties to a minimum, it can be extremely frustrating when absolutely everyone in the game has a death wish.

Emergency 3 at least looks fairly decent, and will run just fine on a PC with relatively modest specs. That said, it's nothing particularly eye-catching, either. Unlike the previous Emergency game, this one allows you to rotate the map, which allows you to get a clearer perspective on the often cluttered scenes. Each of the units is fairly detailed, and for the most part they are easy to distinguish from one another. The game sounds considerably worse than it looks. Even if you forgive the blaring sirens, which seem somewhat necessary given the subject of the game, the sound quickly gets repetitive, even annoying. Each time you issue an order you'll hear the same confirmation phrase from your workers, and you'll always hear the same grunts and moans from the people you're trying to rescue.

As far as extras go, Emergency 3 does have a few features beyond the main game. You can upload your challenge mode scores to an online scoreboard, and the game does come with a mod browser, although there aren't exactly a ton of mods available for the game. There's also an external scenario editor that allows you to create your own maps and missions. You can create as detailed of a scenario as you want, or even edit existing scenarios. However, the program is anything but user-friendly, and you'll be completely lost if you don't have a lot of patience and at least a slight understanding of computer programming.

Despite its flaws, Emergency 3 does have a few enjoyable moments, due entirely to its unique premise. Unfortunately, that isn't enough to carry the tedious mission design, awkward controls, and aggravating artificial intelligence that pervades almost every moment of the game. 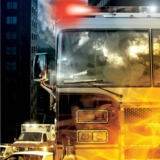 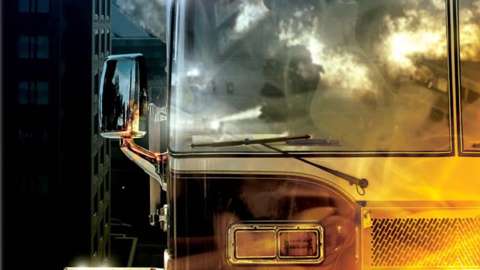 As the head of all rescue operations, you must ensure that the job gets done using all fire & rescue services, police, and specialist personnel.