It's fast-paced, it's gritty, and it's got style to spare, but El Matador is also one of the most infuriatingly unbalanced shooters in years.

If anyone has a clue about what Plastic Reality Technologies was trying to accomplish with El Matador, please let us know. It's hard to tell what the developer had in mind with this old-fashioned third-person shooter about DEA agent Victor Corbet, who fights the drug trade in Latin America. Because it is absolutely all over the place in terms of style and theme, and the difficulty is so over the top, you can expect to load at least a few dozen saves on every level.

El Matador has something of a Hitman or Splinter Cell feel because of the gritty settings, the true-crime storyline where you're trying to take down the heirs to Pablo Escobar single-handedly, and the fact that just a few bursts of fire or a couple of well-placed grenades can send you to back to Washington in a body bag. But this isn't a tactical shooter or a sneaker. On the contrary, this is one of the fastest, most traditional shooters seen in recent years. It has a Doom-like pace (and soundtrack), a generic selection of weapons, and tons of enemies that are waiting around every corner. If you slow down, you'll get pinned down by withering fire and then killed by either the barrage of lead directed your way or the grenades that are always efficiently tossed into hiding spots.

Although this sounds like a dream come true for an old-school shooter fan, excruciating difficulty ruins El Matador. Those hordes of enemies noted above never seem to miss, unerringly nailing you again and again across rooms, hallways, and fields. If you stick Corbet's neck out even the tiniest bit, you get shot in moments--even if the bad guy doing the gold-medal shooting is hunkered down a few dozen meters away behind a palm tree or a desk with nothing more than the top of his head exposed. These shots come out of nowhere and drain you so regularly that your health and armor might as well be ticking down on a clock.

Unfortunately, there is no way to handle these marksmen. They hit you even when you're totally behind cover, and they even seem to get their bullets through walls at times. These guys fire so many apparently magic bullets that somebody should be investigating them for the JFK assassination. It also doesn't help that you have to expose yourself to shoot at enemies. There is no way to lean around corners, so when you want to kill the bad guys, you have to get out in the open. And as soon as you get out there, it's generally rat-a-tat-tat--you're dead.

Med packs and bulletproof vests are also few and far between. And they're generally found only after you've blasted through convention-sized numbers of hired goons. Lots and lots of reloads are common as you stagger through the game's five or six hours of play (yes, even with the constant loading of saves, the game is still that short; there are no multiplayer modes of play either, so these abbreviated solo missions are all you get).

El Matador often provides a team of cop commandos as backup, but they are such terrible shots that it takes forever for them to kill anybody. Even worse, these cowardly morons often scramble into cover positions that you've already set up in, which typically results in your being pushed into the clear and taking a few bullets in the process. Only a slow-motion feature mitigates the crazy difficulty, and even then, it isn't very helpful. Because those never-miss baddies are so unimpressed with your exceedingly blurry Max Payne impersonation, they often manage to perforate you just as many times as you perforate them.

Even with all of these serious flaws, the game has a certain amount of Commando-era Schwarzenegger charm. The dialogue is crammed with action-movie clichés and beautifully dumb moments. For example, when Corbet cuts a phone call short with his outraged superiors, he says, "I've gotta shoot scum." Also, there are times when you really get rolling, gunning down one thug after another in corridors. The only problem is that all of these corridors lead to great big rooms that are filled with gangs of goons who will kill you a dozen times in a couple of minutes. About the only plus in moments like these is that many thugs don't know enough to duck back behind cover after firing. So you can line these thugs up like sitting ducks when you're not in a crossfire (which, unfortunately, you almost always are). Bosses are also particularly prone to this problem. They are typically easy to kill because they often seem to lean motionless against a pillar or post while you fill them full of lead.

Anyhow--not that this is much of a comfort--but few bad games look and sound this good. Plastic Reality has produced some stylish backdrops for all of this speedy carnage. The default gamma is almost pitch-black, but levels look great after you tweak this setting (and sometimes tweak it again and again because it often reverts to darkness after loading a save). The variety of locales, from sleazy nightclubs to urban drug labs and jungles, is what makes these backdrops look stylish. Perhaps more importantly, the frame rate moves at an impressive clip, even on a midrange machine, and with loads of enemies and allies on the screen. Sound effects and the techno soundtrack also pound away effectively, giving you the impression that you're really under fire, albeit in some sort of apocalyptic disco.

A tough game is one thing, but El Matador tilts the playing field so much that it feels like you're being cheated. While there is nothing in gaming like the satisfaction of beating a really hard shooter, there is a fine line between giving you the chance to earn that feeling of accomplishment and hammering you so relentlessly that continuing to play seems futile. If Plastic Reality ever makes another shooter, let's hope that it discovers where that line is in the future. 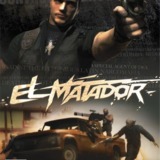 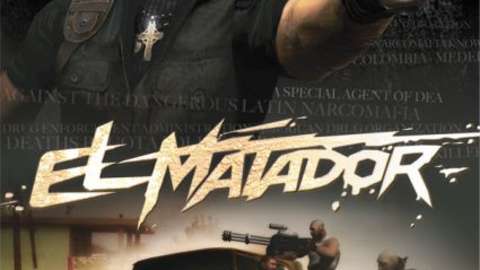