Earth Defense Force 5 is a clear culmination point for a series that’s been around since the PlayStation 2, reaching a scale that could surprise even the most hardened of EDF veterans. While it retains many of the familiar tropes from the franchise--four player classes, a huge variety of missions, unlockable weapons and items, and obscenely terrible in-game dialogue that's so bad it’s good--EDF 5 ratchets everything up to 11 and remarkably pulls it off. With bullet-hell style action and massive, open battlefields where every building is destructible, it feels like there’s no better time to get out there and save the world from rampaging space insects and their alien masters.

You play a nameless civilian who gets caught up in the invasion as the giant bugs start pummeling an EDF outpost. As you emerge from the underground base the scale of the attack becomes apparent, with you eventually joining the EDF and rising through the ranks to become Earth’s best hope for survival. It’s a fun, if typical, premise that plays out through the cheesiest in-game dialogue I’ve ever heard. It takes numerous hard turns, culminating in one of the most outlandish and audacious boss fights imaginable. Watching the story weave as it tries to connect the dots is like watching a slow motion trainwreck you cannot take your eyes away from--it’s so brash and ridiculous that you can’t help be charmed by it. Though while the dialogue and story can have you gritting your teeth at the levels of cringe, the action is something else entirely.

Before getting out onto the battlefield, you’re given a choice of playing through each mission with one of four character types, each with different play styles and their own customisable loadouts. The Ranger is the stock standard soldier type and by far the easiest to use in direct combat, while the Wing Diver is fast, good for close combat, and can fly herself out of dangerous situations. While you can play through any missions as any player type, some choices certainly made for an easier time than others. Choosing an Air Raider, a character who can request long-range cannon fire and vehicle drops, for an underground mission isn’t the best use of its skills. But the game will let you do it anyway, happily letting you test things out and work it out for yourself. Loading times are quick, so if you make a poor choice of loadout, it’s only a quick hop back to the menu to change it up before getting back out there.

Fighting the alien hordes can be a completely overwhelming experience. The scale of everything is imposing, especially when faced with a swarm of very angry bugs that are clawing and climbing over not just themselves but apartment buildings, factories, and homes to get at you. The maps are huge, giving you a wide playspace to enact your destruction, and for the most part they use that scale and space well. Calling in a bombing run as an Air Raider will zoom the camera out to show a wide shot of the area, with the sky lighting up bright orange as the bombs carpet the landing zone. Various vehicles like tanks and armored suits can be called in or found scattered around, and although they can feel pretty loose and unwieldy at the best of times, they are at least a good way to move from one side of the map to another or to put some space between yourself and the horde.

Player movement also feels a little sloppy. Moving from a standard run into a dash feels more cumbersome than it should, as does general running about. Thankfully, aiming feels snappy and tight, so regardless of whether you’re in tight space or out on a mountain overlooking a wide-open beachside, combat always feels more rewarding than not.

Replayability is encouraged through battle. As you chew through swarms of giant ants, spiders, carpet bugs and more, blasting them apart in a flurry of brightly-colored blood and chunks, and downed enemies will drop armor as well as weapon and health pickups. While the health pickups heal both you and your nearby AI allies--who you can find out in the battlefield and enlist under your supervision--weapon and armor pickups both manifest after the mission is over, giving you access to new and upgraded weaponry and a higher base HP number respectively. The difficulty level you play will also influence your rewards, with higher difficulties giving you stronger weapons with higher base stats, encouraging you to come back on a higher difficulty level to grind out better gear.

Although the offline single player is fun, EDF 5 and the differing play styles of each character type really come into their own in the cooperative multiplayer, where up to four people can join together and take on the entirety of the 110-mission-long campaign. Although offline and online campaign progress is separated, which annoyingly means you’ll need to play through the missions twice to unlock and access them in each, blasting through aliens with others takes the core gameplay to a new level. In one session, my Wing Diver went down while I was standing atop a large tower while attacking a mob of giant hornets. My co-op partner couldn’t reach me to revive me and instead resorted to destroying the tower, bringing me down with it so I could then be revived. Similarly, a guided missile weapon they were using as a Ranger took on a whole new level of lethality when combined with my laser sight to guide it for them, increasing its range far beyond its normal capability. Classes are balanced so they can helpfully support each other in unique ways, which you simply don’t get in the single-player mode where everything is put squarely on your shoulders.

For everything that’s happening on screen, with bullets, missiles, bodies and debris flying every which way, you might expect EDF 5 to experience frame drops on occasion. But only once did performance slow to crawl during an especially busy scene involving a mothership, a crumbling city, hundreds of enemies and a rainstorm. Some of the grimier textures and character models give it a dated look, though while it’s not the best-looking game around, it has the headroom to handle the sheer volume of things happening around you without severe performance hits when the action gets out of hand.

Despite the series' long-running nature, Earth Defense Force 5 is a standout action game, revelling in its own absurdity while crafting a brilliantly fun and lively action game around it. Its huge battles are a joy to watch play out both from up close and afar, and the wide variety of weapons and play styles with each player type offers plenty of reason to come back for more after the final bullet has been fired. 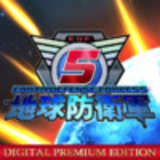 James Swinbanks was just out to get a pizza when the aliens attacked, forcing him to become the hero and save the planet yet again. It took him 35 hours to rip through the alien bastards using a copy of the game provided by the publisher for review. 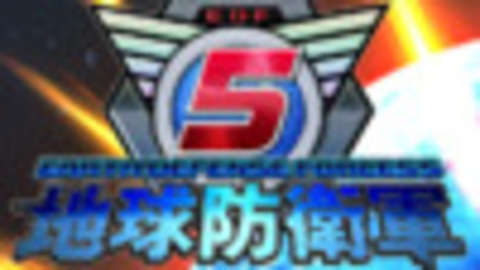