Although it desperately clings to the precepts espoused by most real-time wargames, Earth 2140 shouldn't be quickly dismissed as just another Command & Conquer retread.

The explosion of real-time wargames - particularly those set in a rather bleak, postapocalyptic future - has coincidentally served to dampen the spirit of most strategy gamers. Even the more ardent aficionados have been left cross-eyed by the dizzying array of titles now being released, as they vainly attempt to cull the choice collectibles from the rest of the look-alikes spread out across store shelves. Fed a steady diet of Command & Conquer clones, it's no wonder that many players have taken a wait-and-see attitude before settling on the supposed next-generation champions, lingering reservations about freshness and unique gameplay continually toying with the consciousness and pocket book of the average player.

Interplay's Earth 2140 seizes upon this common real-time thread, portraying a polarized world split largely along geopolitical lines. In one corner we have the conspicuously named United Civilized States (UCS), comprised largely of the Western Hemisphere and key areas of Western Europe and North Africa. In the opposite corner struts the Eurasian Dynasty (ED), which, naturally enough, engulfs the Asian and Eastern European world. As we soon learn, the sanctity of our once noble world has been severely compromised, irradiated by countless nuclear detonations and scarred by incalculable destruction thanks to another mindless world war unfettered by the ignorant concept of mutual assured destruction. As a result, both factions have had to resort to constructing huge underground civilizations, occasionally reemerging on the desolate surface to extract precious minerals and other important natural resources, which can only be found on the planet's crust. By the year 2140, both sects now realize that the time has finally come to lay claim to the world's remaining dwindling resources if they ever hope to survive the perpetual holocaust blanketing the planet.

Both in-game and background graphics are breathtaking, embedding the powerful visual appeal of advanced, fully realized weaponry and structures with cutting edge special effects. Mission briefings are stylistically rendered, seemingly borrowed from the cold cyber-soldier perspective evinced in Terminator. Units and structures are fully animated, replete with turning turrets and twisting torsos all recklessly unleashing a torrent of hell-raising flame and fury. Unfortunately, the color scheme for the ED units blends into the background on both the strategic and tactical windows, making them very difficult to discern amidst the unsettling lush green backdrop depicted in certain missions. Likewise, text displayed in the information panel is equally hard to decipher, the soft red and green hues used to identify objects mismatched amidst the brilliantly defined interface.

The pacing of the missions is rather clumsily choreographed. For instance, the first four missions on the UCS side involve the routine destruction of penny packets of enemy units. In the fifth mission though, you are immediately thrust into a "kill or be killed" setting, your small ragtag force of assorted units and supporting structures beset by an unremitting drove of ED forces. As a result, the stepped-up sequence of slowly immersing you into the overall framework of the game is critically compromised.

Beyond the aesthetics and rudimentary features, Earth 2140 introduces a rather unique mechanism surreptitiously dubbed a "Virtual General." In effect, you can group together various units, then hand them off to a computer-controlled assistant who will lead them in either a defensive or offensive manner, determined at the outset by you. Frankly, because situations can fluctuate in a minute's notice, there is hardly any need to actually employ this option - it's far more useful to retain control over every unit in an effort to meet both short- and long-term mission goals.

Although the game desperately clings to the precepts espoused by most real-time wargames, Earth 2140 shouldn't be quickly dismissed as just another Command & Conquer retread. Clever innovations - such as the Virtual General - some rather remarkably crafted segues and mission briefings, and the employment of 22 dissimilar unit types for each warring faction help to distinguish this game from all the other C & C clones that have glutted the market. Unfortunately, once these subtle nuances are stripped away from the titillating veneer, you will readily discover the all-too-familiar battle doctrine of "building and killing units faster than your opponent" still morosely bubbles to the surface. And, when you consider all of the other real-time wargames that have capitalized on this somewhat tired theme, you begin to realize just how much of an impact the Command & Conquer phenomenon has had in reshaping the computer gaming industry. Enjoy, but be advised that Earth 2140 is just another sheep in wolf's clothing. 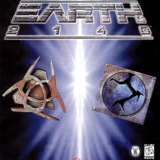 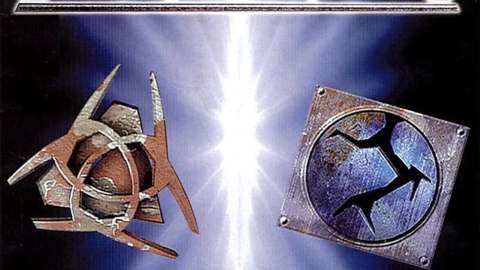 Although it desperately clings to the precepts espoused by most real-time wargames, Earth 2140 shouldn't be quickly dismissed as just another Command & Conquer retread.