Like its predecessor, EA Sports UFC 2 captures all the pomp and circumstance of Mixed Martial Arts’ biggest promotion. In this case, of course, that pomp is more like an electrifying “pow!”; and the circumstance is human beings pummelling the hell out of each other within the confines of an octagon-shaped cage, but you get the idea. This is bloody and brutal entertainment, and EA Canada captures the very essence of the beloved spectacle, right down to the smallest details.

Details such as how the camera pans around the octagon and, in front of a raucous crowd of drunken fight fans, Bruce Buffer takes centre stage to bellow out his familiar lines with all the gusto we’ve come to expect from the Veteran Voice of the Octagon. How the crowd roars into life with chants of Ole as the Notorious Irishman Conor McGregor faces up to his next opponent, and Joe Rogan erupts with manic fervour as fist connects with jaw and a fighter is sent sprawling to the canvas in a bloody heap.

UFC 2 is a stunning looking video game. Each of the 250-plus fighters are eerily lifelike.

Sure, it veers into the uncanny valley on occasion, but each meaty blow collides with such a grimacing ferocity that it’s difficult to care when things look a little off--UFC 2 is a stunning looking video game. Each of the 250-plus fighters are eerily lifelike, from stars such as Ronda Rousey and Jon Jones, right through to combatants that have yet to set foot in the octagon, like former WWE superstar CM Punk. And they all move with an impressive fluidity; elbows, roundhouse kicks, and Superman punches are slickly animated, connecting with palpable force. These martial artists will cut and bruise with startling accuracy, as faces disfigure and the canvas adopts a crimson veneer. Muscles flex beneath the surface of the skin, hair bounces and flops with each cautious step forward, and flesh ripples from a sickening jolt. Flying knees strike skulls with an unsettling thud and a burst of bodily fluids, and fights are often finished with the buckling of knees, or exacerbated tapping to avoid the breaking of bone. It’s fantastic to watch.

With each bout beginning with fighters on their feet, you’re immediately introduced to UFC 2’s crowning glory: the stand-up game. This is violent, physics-based combat, where collision detection has improved over its predecessor, and unpredictability is a constant menace. If it falters in any way it’s in the finger gymnastics required to pull off some of the moves in its vast repertoire of clinical strikes--a particular kick to the body might take, say, four buttons pressed in unison to execute, which is hardly ideal. Other than that, however, this is an accomplished brawler. Bouts are often fast and frantic, yet the demands on your attention ensure skill and precision are favoured over senseless swinging and button mashing. Constantly you must be mindful of the stamina gauge, spacing, distance, timing, blocks, parries, sways, dodges.

The newly introduced Knockout Mode, an arcade style format, actually aids from this kind of precision too. Here, UFC 2 adopts the form of a traditional round of Street Fighter. It simplifies the gameplay with bouts that are standing only, and introduces a health bar represented by up to ten hit points--each unblocked strike to the head or body removes one point, with the opponent KOed once they are all gone. This ups the pace and indulges in UFC 2’s more arcade-y tendencies--which is perfect for multiplayer--but I also found it to be a useful starting point as a surprising training tool. With hit points at a premium, I had to adapt and quickly become better at blocking, parrying, and then reacting with devastating counter attacks, which served me well going forward. With separate blocks for both high and low attacks, you can also barrage the body with a combination of strikes before surprising an unguarded head with a powerful blow--something you couldn’t do in the first game due to its one-button-blocks-all system.

Outside of that, Knockout Mode is also a showcase for UFC 2’s new physics engine. With no canned animations for when a fighter get their lights conked out, many knockdowns will look distinct from one another, resulting in plenty of memorable moments as fierce uppercuts elicit the fencing response, and flying knees propel fighters off their feet in dramatic fashion. I couldn’t help but laugh with maniacal glee each time a spinning backfist would crumple my opponent to the mat in a cumbersome heap; it’s the closest I’ve seen a video game come to capturing the thrill of those Ultimate Knockout DVDs--a loud, exclamation point on the end of a fight.

That UFC 2 is so assured on its feet should come as little surprise, however--these are smart (albeit minor) improvements built atop an already solid foundation. Where it has to prove itself is with its grappling in the clinch and on the ground: two complex areas of the sport that MMA games have consistently had trouble translating to a controller. In fact, EA Sports MMA jumps to mind as the most successful example, mainly because it kept things simple: one button to advance position, and another to defend. It was all about outthinking your opponent, throwing them off their timing with haphazard strikes, and managing your stamina to take advantage when the time was right. By comparison, EA Sports UFC was a mess of half-circle inputs where I was never quite sure what I was supposed to be doing.

The career mode will be similarly disappointing if you were expecting anything but the most basic and well-worn of structures.

With regards to this, EA Canada has delivered a substantial improvement over its predecessor, even if there are still a few frustrating kinks left to be worked out. Like EA Sports MMA, it streamlines grappling, ditching the baffling half-circles in favour of straightforward directions on the right stick, and presenting all of your options with the handy Grapple Assist heads-up display. Depending on the context, this HUD lets you know the variety of positions you can transition into at any given time, and then it’s just a case of holding a direction and hoping your opponent doesn’t counter. This revolutionised the grappling for me. Now I could clearly see how to advance into full mount and unleash my Tae Kwon Do expert’s destructive ground and pound. It was no longer a case of helplessly waggling the stick in hope, only to end up in the north-south position and having to work my way back. Using a skilled grappler I could actually keep fights on the floor for a decent amount of time; the ground game no longer feeling like an inconsequential part of the package, but something I could actually take advantage of.

But there are those aforementioned kinks. It’s understandable that grappling would require some practice, but it doesn’t help that the barebones tutorials do a poor job of explaining its many intricacies. This is particularly evident when it comes to defending against transitions. According to the tutorial, you simply have to hold the right trigger and push the right stick in the direction your opponent is moving to counter their advancement. But with a shifting camera, it’s never made clear which direction will actually work. This is hardly intuitive, and feedback is either so minimal that I barely noticed it, or it doesn’t exist at all. Even after hours of play I still haven’t gotten a solid handle on it. Against most opponents I could get by without defending by continuously shifting back into a dominant position after they had wriggled their way free, but against accomplished wrestlers and Jiu-Jitsu technicians it’s a severe disadvantage that left me feeling overwhelmed. A disappointment considering the strides made elsewhere with UFC 2’s grappling.

The career mode will be similarly disappointing if you were expecting anything but the most basic and well-worn of structures. You can either create your own fighter (including female combatants for the very first time), or choose from a current roster fighter with their stats reduced. Here you will battle your way to the top of your weight class, with training mini-games interjected between bouts to increase your attributes. It’s all standard fare. Thankfully, concessions have been made to let you simulate training once you’ve taken part at least once, and are happy with the results (the better you do, the more your attributes will improve). It’s also possible to push yourself too hard in training and pick up injuries, resulting in reduced stats in a specific area for your next fight--like a reduction to left leg power. This is an interesting idea on paper, but it’s largely superfluous since the effects are rarely noticeable.

In a middling attempt to infuse some colour into proceedings, training is often dictated by random events, too. These can have either a positive or a negative effect on your fight preparation, with situations popping up where you might not be able to train your stand up because the boxing gym you frequent has been condemned, or training will be a little easier before your next fight because your gym replaced its aging equipment with some brand new apparatus. Other times you might be forced to miss one of the three allotted training exercises because you had to wait at home for the cable guy to show up, or because you were up all night listening to podcasts and need to catch up on some sleep. It’s mostly silly, and like the injuries, is almost completely negligible.

Elsewhere, Ultimate Team makes its UFC debut, acting almost like an extension to the career mode with added online functionality. You can create a stable of up to five fighters, of either sex, with the card-collecting aspect of Ultimate Team letting you unlock attribute boosts, new moves, and style upgrades that can then be applied to any of your fighters. It’s an interesting deviation on the familiar Ultimate Team structure, foregoing the construction of an all-star team in favour of building your own customisable cast of fighters, and rising from the very bottom. I’ll be the first to admit, however, that opening card packs to reveal a slightly more powerful right hook doesn’t have quite the same buzz affixed to it as uncovering a golden 88 rated player, which greatly diminishes the desire to spend actual cash. That’s probably a good thing, though. And you can still simply play the mode to earn in-game currency and purchase card packs that way. If you’re on board, I imagine it will have little issue digging its hooks in deep.

But the core appeal of UFC 2 is fighting online (and you will find the toughest competition there) along with the career mode which, despite its various shortcomings, is a decent way to spend a few hours if you want to simply hop from fight to fight and test your mettle against the world’s greatest fighters. After all, the standing combat is so accomplished, and the changes made to make grappling more accessible, ensure you’re almost guaranteed to have a good time. Some issues drag everything down, particularly the lack of intuitive feedback, and the barebones tutorials, and a dry career mode, but EA Sports UFC 2 is a welcome improvement on its predecessor that shows this series is going in the right direction. It’s just not a number one contender quite yet.

View Comments (105)
Back To Top
7
Good
About GameSpot Reviews

Richard played UFC 2 on Xbox One for more than 15 hours. He found it a little weird playing as CM Punk. 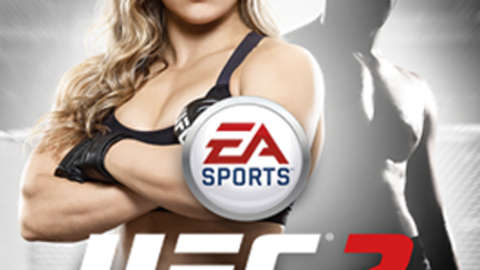