Dynasty Warriors Vol. 2 might as well be Vol. 1.5, with its few minor upgrades, less-than-enjoyable multiplayer mode, and done-to-death hack-and-slash gameplay.

Alongside the launch of the PSP early last year came the debut of Koei's venerable hack-and-slash franchise in Dynasty Warriors. As a stripped-down, bite-sized version of the typical battles found in one of the console games, Dynasty Warriors was serviceable but not exactly impressive. Though Koei has since released a Samurai Warriors game that tweaked a couple of the problems found in that first title, Dynasty Warriors Vol. 2 is the first proper DW sequel for the PSP. As Samurai Warriors: State of War did, DW Vol. 2 touches up the experience a bit by adding additional multiplayer modes, a couple of items, and all 48 of the playable warriors found in the console titles. Although these additions don't hurt one bit, the core issues of the gameplay and graphics remain as problematic as ever.

For the uninitiated, the Dynasty Warriors games take place in ancient China, when several clans were vying for control of the nation. The game's primary mode, the musou mode, lets you choose from one of the unlocked warriors and begins a storyline that explains that warrior's role within the history of this ancient warfare. Of course, things have been dramatized a good bit, with the warriors themselves being dolled up in a fairly anime-like fashion, and the battles themselves mostly involve you running around and beating up hundreds of enemy fighters like a hot knife through butter. Also, the stories here aren't told through the same hyperstylized cutscenes as the console game, but rather through decidedly duller text-based menus prior to each battle.

As was the case in Dynasty Warriors and Samurai Warriors: State of War, Vol. 2 chunks up each of the individual battles into a grid-based map. Whereas on consoles you could simply run around an open battlefield with no restrictions, each individual section of a field here is sectioned off. Using a turn-based structure, you simply move from square to square, engaging in battles each time you come into contact with the enemy. Time is a resource here, and each time you move from square to square, a chunk of time comes off the clock. Generally, it's not tough to get through battles without running out of time, though periodically you will find yourself crisscrossing the field to complete some side missions. These extra endeavors, such as rescuing a village from a crowd of raiders, net you some upgrade bonuses.

Though the system hasn't changed much, it's still a neat way to make the generally time-consuming battles of the Dynasty Warriors console games palatable for handheld players. However, the action itself still isn't much fun. Like always, you'll find yourself mashing the attack buttons against hordes of dim-witted soldiers who might occasionally swing a sword or spear at you, but who are mostly content to die a bloodless death. The only enemies that really put up a fight are the CPU-controlled versions of the playable warriors, as well as a few officers and captains that hang around. But in most cases, it's still pretty easy to cut through those guys as well. Also, the few combo moves that the game offers are exceedingly easy to pull off and extremely repetitive.

Another problem with the game is that there just isn't much to the battles beyond the middling combat. While the console Dynasty Warriors games at least threw some occasional objectives at you, there's rarely much to do here except battle the enemy until you've won. Each time you engage in battle, you'll find a meter on the heads-up display that depicts the morale of your force and that of your enemy. Defeating soldiers drops the meter a bit, whereas defeating higher-ranking officers and generals drops it significantly faster. You drop an enemy's morale meter to zero, and voila, you take the territory. Though it's fine for a handheld format not to throw long-winded objectives and missions at you, with the game already so broken up into pieces for the sake of keeping things brief, a little bit more to do wouldn't have killed anyone.

A few tweaks have been made to the gameplay, especially in the items and officers systems. Apart from being able to collect horses in the same way you could collect new weapons at the end of each battle, there are now even more officers to select from at the beginning of each stage. As before, you can select up to four officers to come into battle with you, and each officer has specific attack bonuses and soldier types available. It can be tough to grasp what the tangible benefits are in selecting one officer over another. Beyond their relative strength level and abilities, when you're battling it out on the field, it doesn't seem much harder or easier based on which officers you choose to come with you. Even on the hardest difficulty setting, you'll feel like you're a one-warrior show through the majority of the fights.

Apart from the musou mode, there's a free mode that lets you engage in any of the battles you've already fought that is totally separate from the story mode, as well as a multiplayer option. The multiplayer option was noticeably absent from the first Dynasty Warriors on the PSP, and Samurai Warriors had only a couple of perfunctory modes that weren't very good. Vol. 2, however, includes a couple of new multiplayer options. Battle royal gives you the task of knocking your opponents off of a tall building. As your life meter drops, the distance you fly back after getting hit increases, so while you can't die without being knocked off, there is a specific benefit to avoiding getting hit. Bombs away gives one of the available players a bomb, and the only way for the player to get rid of the bomb is to kill enemy officers. It's basically a game of tag where one of the players explodes after a certain amount of time. There are also sudden-death and time-attack modes, where your goals are to simply kill as many enemy officers as possible and race your opponent to a set goal, respectively. Though these modes are generally more engaging than the goals found in Samurai Warriors, they're still not much fun.

Vol. 2 presents itself in much the same way as Samurai Warriors: State of War. The graphics look pretty comparable to the console games, which is to say that the environments are fairly bland and ugly, but the main playable warriors are at least colorfully dressed and nicely detailed. The issues with the fog of war, however, are just as bad as they were in Dynasty Warriors. As you're wandering around an environment, scenery and enemies will pop up out of nowhere, mere feet from where you're standing. If you're running along, you'll frequently just stumble upon clusters of enemies, with only a second or two to react. Perhaps it's not so terrible then that enemies are incredibly slow to react, otherwise you'd be hosed. The frame rate does at least hold pretty steady, despite instances where some areas get particularly thick with bad guys. There's no voice acting in the game, and the soundtrack is the same rock guitar-heavy soundtrack that Koei has been recycling for years now--along with the same grunts and screams of enemy soldiers that make up the bulk of the sound effects.

By no means is Dynasty Warriors Vol. 2 worse than its predecessors, but the updates to the game are so incremental, and the flaws are so glaring and untouched, that it's hard to recommend this game to anyone who isn't desperate to mainline Chinese warfare in beat-'em-up form. You also can't help but feel as if Koei and Omega Force missed an opportunity here to introduce the empires mode from the console games. This mode is along the same lines as the turn-based strategy modes in PSP games, such as The Godfather and Gangs of London, only significantly better. Yes, the battles in this game do have a turn-based element, but the strategic component is barely there and not nearly enough to supplement the brainless action that the series has simply run into the ground. The potential for an enjoyable Dynasty Warriors game on the PSP exists, but Vol. 2 doesn't provide it. 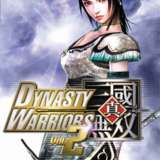