The best of the Dynasty Warriors franchise struggles to compete with modern hack-and-slash games.

It's not often that a game makes the jump from a portable system to the home consoles. When Dynasty Warriors: Strikeforce launched on the PSP last year, it breathed some life into the series' tired hack-and-slash formula with more varied missions, deeper character progression, and an all-new crafting system. But the combat remained largely unchanged, mimicking the same monotonous experience that has plagued the series for years. Despite further refinements that put the console versions of Strikeforce at the top of the Dynasty Warriors franchise, the series struggles to hold its own against other similar games.

Like previous entries in the series, Strikeforce is set in the Three Kingdoms era of ancient China when three factions waged war for control of the land. After choosing your kingdom and character, you're dropped into a town to prepare for battle against the Yellow Turbans, a religious extremist group inciting rebellion across the continent. Because each mission is presented a la carte from a simple menu system, there is little emphasis on story. Between each chapter, you'll be fed more exposition through perfunctory voice-overs and minimally animated cutscenes. Diehard Dynasty Warriors fans may be interested in what's going on, but for the uninitiated, the plot roughly boils down to this: As a heroic soldier, you kill countless enemies over and over again until there are none left. There are usually at least four story missions available that can be chosen in any order, as well as repeatable side missions that you can spend time with when you need to level up before attempting some of the more difficult story-driven objectives.

A small town serves as your hub to upgrade weapons, store or exchange items, and learn new skills between missions. Using the new Chi augmentations, you can equip one special skill to each arm and leg for a total of four abilities that will help you in battle. These augmentations have a wide range of effects like increasing jump height, item potency, or dash distance. Weapons can also be upgraded to increase their damage or to expand your maximum combo length. To upgrade the Chi augmentations, weapons, and even the town stores, you must exchange the gold or materials you've earned in battle. To pay for these upgrades, you need to spend time hunting for loot and hoping that the random items you receive in battle suit your needs. If you don't find the materials you need to upgrade the specific weapon or ability you'd like, the town has a market that allows you to trade common items for loot that tends to be harder to find. However, even these trade options are randomized, occasionally making it difficult to get the right materials for the job. The town itself can also be upgraded to offer a wider variety of weapons and items. These role-playing elements add a sense of depth and customization that is absent from most Dynasty Warriors games.

The combat in Dynasty Warriors: Strikeforce is as simple as ever. Standard attacks can be strung together by hammering on one button while an occasional charge attack breaks up the monotony. The stronger charge attack can launch an enemy into the air where you can continue your barrage of simple button mashing. You can also execute a powerful attack from the air that will clear the ground below you, making it great for getting rid of an overwhelming number of henchmen in short order. Each character can equip a second weapon capable of projectile attacks that are useful for dispatching quick-moving aerial enemies and bosses. Clicking the right thumbstick switches your view to an over-the-shoulder perspective with an automatic lock-on reticle for more efficient aiming. Unfortunately, the lock-on system isn't as accurate as it should be and doesn't handle switching targets very well, so you'll often take aim at the wrong enemy. Thankfully, unlike the PSP original the console versions of Strikeforce at least have a functional camera system courtesy of the second thumbstick, so there's less danger of taking damage from unseen enemies offscreen.

New to the series is a fury meter that builds as you string attacks together. When your meter is full, you can transform into a glowing fury form that wreaks havoc on the battlefield. Until your meter runs down, your attacks are more powerful and you take less damage. Alternatively, you can unleash your entire fury meter instantly in one huge, devastating attack. The fury attacks and animations look great, but they don't really add any depth to the already simplistic combat mechanics. Still, it can be a big help during single-player missions when you're particularly overwhelmed by a tough boss or the sheer number of enemies on the field.

Even with up to three computer-controlled allies, some of Strikeforce's missions can be pretty challenging if you're playing by yourself. Officer cards that you earn throughout the campaign can be used to customize your allies' combat strategies and add stat-boosting effects to your attacks. These abilities, however, pale in comparison to playing with friends and their own customized characters. Cooperative multiplayer is seamlessly integrated into the console versions of Strikeforce, helping sway the difficulty curve back in your favor. You can flip from single-player to multiplayer games directly from your town hub without having to back out to the main menu, and your friends are free to use your town to upgrade their own equipment.

You'll seldom notice any choppiness or decrease in frame rate, even with four players and hundreds of enemies onscreen. You can also trade any playable characters you've unlocked or go head-to-head in a competitive Arena mode. Given how well the multiplayer component is implemented, it's a shame that local co-op isn't supported. Still, free downloadable multiplayer-focused missions where you can continue boosting your stats and collecting items will keep the replay value high even after you've finished the main campaign.

The presentation values of Strikeforce on the PSP were subpar, and the same can be said of the console versions. The beautiful in-town music, as well as the elegant fury animations, are undermined by terrible voice-overs, tinny weapon clanks, and poorly animated movements of countless enemies. It's impossible to tell one soldier from the next, and smaller bosses aren't always easy to spot amongst their numerous henchmen. Although enclosed levels inside castles are a noteworthy treat as the sound of each strike bounces off the walls and echoes throughout the room, the environments remain bland with the same dreary color palettes repeated throughout each level. This makes navigation difficult because it's tough to know where you've been when every area looks the same.

Dynasty Warriors: Strikeforce significantly improves the troublesome aspects of the PSP original, but its combat is still too shallow to hold your attention for long. The new role-playing elements make the game more compelling for a time, but they're not deep enough to distract you from the overall monotony. Strikeforce offers a modest leap over its derivative progenitors, but it still falls short of the competition. 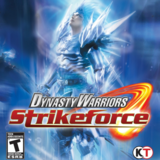 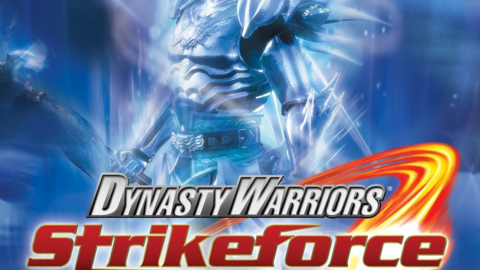 Infiltrate enemy strongholds with three of your friends in Dynasty Warriors: Strikeforce.