All weapon-based and contains no punches or kicks.

These days, it's unlikely for a fighting game to burst onto the home console gaming market without being an arcade game adaptation…and be any good. Koei's Dynasty Warriors is a welcome exception to this rule.

Say goodbye to the 20-hit combos and huge chain attacks of Takara's Battle Arena Toshinden 3 and Namco's Soul Blade; here's a game that provides a much more realistic take on fighting. The maximum number of hits a character can pull off before pausing (and probably breathing) is three. And when opponents are knocked to the ground, they're actually stunned for a moment, and you must force them to stand up again.

The combat in Dynasty Warriors is all weapon-based and contains no punches or kicks - some characters have swords, some knives, and others spears. Blocking takes two forms: a standard block and a parry. The standard block can be done through a dedicated button or by holding the D-pad in the back direction. These blocks are performed either standing or crouching and will only work against an attack at the same height. Because the fighting is done with weapons, no damage is taken if this block is successful. The parry, on the other hand, will deflect the opponent's weapon and leave him momentarily open to attack. However, parrying is not easy to master. You must hit the correct parry button (there are two) at the exact moment your enemy attempts to attack. It can take a frustratingly long time to learn the move, but it's most satisfying when it works.

Another interesting difference distinguishing Dynasty Warriors is the origins of its storyline. Its characters are taken from Koei's Romance of the Three Kingdoms line of strategy titles, which are based on real-life historical events and people. See, kids? History can be cool. Folks have been hitting each other on the head for thousands and thousands of years, and now, you too can join in the fictional yet nonfictional fun.

How does it compare to Takara's Battle Arena Toshinden 3 and Namco's Soul Blade? Well, it's really quite different from both, within the basic 2-D and 3-D constraints. The realism makes it a much more strategic fighter, though an overly dramatic game like Soul Blade can be at times more fun to play. Graphically, it clocks in around the first Tekken game with fairly impressively rendered fighters against static backgrounds. The characters react about as fast as the Soul Blade fighters, but their animations are not quite as well developed. References to other games aside, Dynasty Warriors is a solid fighter that many people will enjoy exploring fully. 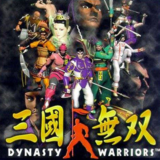 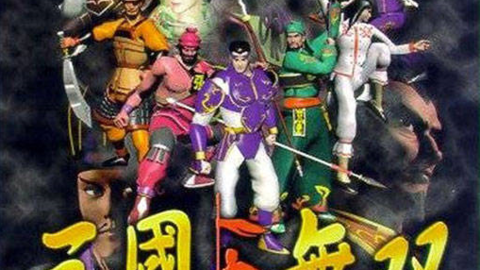 Dynasty Warriors lets you return to the battlefields of ancient China to fight an army of ruthless soldiers. As one of 42 playable characters, you'll have access to powerful weapons and lethal fighting skills.