This bot-filled sequel delivers all of the mind-numbing monotony that we've come to expect from the Dynasty Warriors franchise.

Repetition isn't necessarily a bad thing, provided that you're repeating an enjoyable action. In Dynasty Warriors: Gundam 2, you do the same thing over and over again, but what you're doing is attacking brain-dead mechanical foes by halfheartedly pounding on the attack button ad nauseam. This comes as no surprise to anyone familiar with developer Koei's series of Warriors games, which have been delivering this humdrum nonsense for years now. And like all of the other games, Gundam 2 offers a seemingly enormous amount of content, though you shouldn't assume that this provides any value; you're pounding the same buttons in the same way whether you've played for 50 minutes or 50 hours. Masochists may enjoy the test of endurance, but if you're looking to have fun, you'll find higher levels of excitement in your dentist's goldfish tank.

The game asks a lot of you, including a deep familiarity with the Gundam universe. Aficionados may understand why Char Aznable assumes a triple identity, how Four became so mentally unstable, and why Master Asia is named after an entire continent. Anyone else will be stymied by the nonsensical storylines of each character. Granted, there is a lot to sift through: Each playable character has his or her own tale, so you could take dozens of hours guiding every character through every mission if you wanted to piece together the scattered, barely comprehensible plot strands. But even if you are so inclined, the vapid dialogue ("What does it mean to be a warrior? Seems I'll have to drill it into you!") and soulless, amateurish voice acting won't make it an easy process.

With so many characters, and so many Gundam suits for them to pilot, the uninitiated might think that Gundam 2 would offer a good bit of variety. Of course, if you know the Dynasty Warriors series, you'd know better than to believe such ridiculousness. It doesn't matter which character you play and which suit you don; you enter a spacious battlefield and slice your way through thousands of enemies. In any case, various suits offer different types of attacks, but though the visual results of your button mashing may differ from Gundam to Gundam, the gameplay never varies. You pound on the melee-attack button to carve your way through swarms of mentally challenged robots that generally stand around acting confused and disinterested. Occasionally a few may conquer their mental distractions for a moment to inflict a series of annoying knockback attacks, but for the most part, they're content to offer themselves up as metallic sacrificial lambs. If you want to mix things up, you can fire your weak ranged weapon, throw in a few combos, and let loose special attacks, but such aggression only mixes up the visual tedium and doesn't go very far toward relieving the mechanical repetition.

As if to offer a counterpoint to this stupefying rhythm, battlefield victory conditions adjust during the match while AI-controlled commanders, both friend and foe, join the fray. This doesn't make the action any less lifeless, but it does lead to occasional mission losses that feel too much out of your own control. A friendly unit may join your attack on one of Gundam 2's large, predictable bosses, only to fall in battle and end the mission, no matter how much you try to distract your towering adversary. If you look for respite from this monotonous routine, you might get a few moments of enjoyment out of War Mode, in which you and a local buddy compete to fulfill various mission requirements. The other two multiplayer modes are useless deathmatch variants that feature no AI-controlled hordes, and are therefore even less amusing than the Mission and Official modes (which can be "enjoyed" in split-screen co-op with a friend, assuming that the mission supports it). Who would have thought that there was a way of making the Dynasty Warriors formula even more boring?

At the very least, Dynasty Warriors: Gundam 2 offers a chilling vision of the future--a future in which robots will walk on an invisible surface in the middle of space and attack each other with flaming scorpion tails. Unfortunately, the PlayStation 2 version's limited draw distance makes space feel even emptier than it is on other platforms, and the land-based locales look hideous. They lack detail and personality, and feature a skewed sense of proportion. Gundams are enormous mobile suits multiple stories tall, yet they feel like small toy robots duking it out within forests of microscopic trees. Some of the attacks look colorful and produce a nice smattering of special effects, but they are small flashes in an otherwise homely game.

Nevertheless, Dynasty Warriors: Gundam 2 is not an aggressively awful game; it's just aggressively boring. Yet Koei keeps churning these games out (and selling them) at an alarming rate, so it's unlikely that we'll see a shift to a more exciting approach in the near future. Rather than spending time slogging through such triteness, imagine the different ways that you could make a game featuring giant robots even less exciting. Sadly, you probably can't. 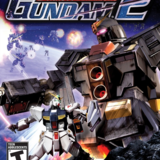 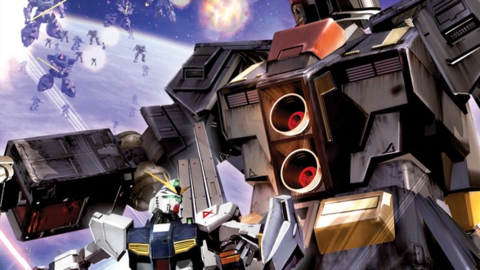