Believe it or not, Koei has finally found a way to breathe some life into the tired Dynasty Warriors series with Dynasty Warriors 4: Empires, yet another in the long line of popular, ancient China-set hack-and-slash action games. But while the previous DW4 offshoot, Xtreme Legends, merely tossed some minor content and gameplay additions into the mix, Empires actually brings some much-needed depth to the aging Dynasty Warriors formula with a new strategy-oriented game mode. The result is a pretty good game that might actually appeal to people outside the series' established audience.

Naturally, the story of Dynasty Warriors 4: Empires is exactly the same as that of every game in the series. Empires is set shortly after the fall of ancient China's Han dynasty, when warring states vied for control of the nation through political maneuvering and military might. And as in every Dynasty Warriors game, you'll take control of a lone combatant who will rise to power by, well, single-handedly fighting through hundreds and hundreds of enemy soldiers. There are dozens of playable characters in the game, just like in the regular Dynasty Warriors 4, and you'll even be able to import character data from that game or Xtreme Legends if you happen to have an especially powerful character kicking around on your memory card.

This all sounds just like every other Dynasty Warriors game, so what makes Empires different? In short, the empire mode is the meat of this game. You first choose a character and territory, and then you're presented with a basic tactical map of China that shows the borders of each state and the leader in control of it. The goal of the empire mode, of course, is to unify China by successively taking control of each new territory as you move out from your starting area and begin to expand your power and influence.

In addition to your main character, you'll have a number of generals and lieutenants at your command, and this is where a large part of the strategy comes in. These officers will also serve as your policymakers during the strategy portion of the game, so during a new turn, each officer will offer up his or her ideas about how your state should proceed. You'll receive suggestions for everything from levying a tax on your peasants to bolstering the ranks of your forces to even establishing temporary alliances with other nearby warlords. The policies you choose affect all of the stats, such as wealth, troops, item production, and so on, that you'll later need to rely on when you attempt to conquer a neighboring territory. You'll only be able to pick one officer's policies per turn, so you'll have to choose wisely to make sure you take the best course of action to further your goal of conquest.

So what happens when you choose to invade a territory or participate in an assault alongside an ally? That's when you hit the battlefield running, and everything starts to look a lot more like the Dynasty Warriors you know and love. In fact, these battles play out identically to those in the other games in the series, so you'll run from place to place, decimating the enemy hordes and attempting to kill the officers that drive them. The siege engines that appeared in Dynasty Warriors 4 are still here to make your life more difficult. The one new addition is that of strongholds, which belong to either side at the outset and can be captured by the rival force to bolster its own morale. Often, taking the enemy's main stronghold is the win condition for a given battle; other times you'll simply have to defeat the opposing force's ruler.

You may be wondering how the typical Dynasty Warriors action meshes with Empires' strategy elements, and the answer is: pretty well, actually. In fact, one might be inclined to think this is how the series should have been designed from the very beginning. The tactical display and political relationships give you a nice top-level context for your conquest. In other words, it's nice to see all your hard work on the battlefield represented by a map that actually shows which parts of the land you control. Make no mistake, the combat can still get plenty repetitive after you've killed your thousandth unnamed enemy, but the strategy parts help to give you the feeling that you're working toward something as you hew your foes.

There's some minor peripheral content in Empires, but the empire mode is definitely the main component of the game. A rudimentary two-player mode lets you compete against a friend in split-screen to see who can knock the most enemies off a bridge, survive the longest against a horde of opponents, and so on--pretty basic stuff, and not extremely entertaining. The edit mode returns, which lets you create and customize your own officer, and this time it has a greater degree of customizability. You'll have access to multiple body types per gender as well as different costume elements and so forth. Finally, an archives viewer lets you take a look at character models, art, and other such things as you unlock them.

The presentation of Empires has barely changed at all since it was last seen as Dynasty Warriors 4 or Xtreme Legends (or indeed, as any of the previous games). You're still fighting amidst roughly 20 to 30 characters at one time, all of whom are reasonably detailed given how many of them there are running around. On the upside, there are a number of new backgrounds included in the game, such as swampy areas, deserts, small coastal towns, and so on. These backgrounds feature some nice effects, such as a setting sun that gives the horizon a brilliant orange glow while you lock swords with your enemies. The frame rate is totally smooth throughout, which has become par for the series.

In a blind listening test, you'd be hard pressed to differentiate any of these games from each other, and Empires is no exception. The English dialogue is just as cheesy and B-movie-like as ever, while the included Japanese dialogue option sounds melodramatic in the style of most anime. The same kind of hard-rocking soundtrack is here, driven by power chords and wailing guitar solos, and you'll either love it or hate it depending on your preference (we certainly banged our heads a few times). Empires is more or less aurally identical to past games in the series, which makes it not too rough on the ears.

Dynasty Warriors 4: Empires isn't exactly a complete overhaul for the series, since the graphics, sound, and hack-and-slash gameplay remain almost identical to the regular Dynasty Warriors 4. But the empires mode essentially gives you a more complete overall experience by adding a degree of complexity that was missing in the older games. Add in the fact that Empires debuts at a fairly budget-minded price of $30, and you've got a Dynasty Warriors that has some value for existing fans and newcomers alike. 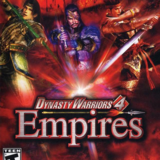