Dynasty Warriors 2 was one of the first titles to appear on the PlayStation 2, and it capably showed off the main draws of the series--a compelling storyline, engaging melee-based combat on an epic scale, and the elimination of the good guy vs. bad guy archetypes, turning each side of the conflict into a compelling experience. Dynasty Warriors 3 brings the characters of Luo Guanzhong's epic tale Romance of the Three Kingdoms to life. The rich storyline takes place in ancient China, at a time of great conflict, and much of it is based on actual history--though it's embellished quite a bit when it comes to the physical prowess of certain generals and their reported exploits. The three kingdoms--Wu, Wei, and Shu--and their respective generals all have unique roles in the conflicts, and above all else, Dynasty Warriors 3 offers lengthy replay value by allowing players to take up a number of roles on all three sides in the otherwise fixed campaign.

Each general in Dynasty Warriors 3 is capable of a basic attack, a charged attack, and a musou, or special attack. These different attacks can be used in devastating combos, and each character has a sizable number of combos. In addition, each character can perform a leap, fire arrows from a first-person perspective, and block incoming attacks. In some instances, you will be able to ride a horse or war elephant and engage in mounted combat, which is effective for clearing out large groups of enemies and reaching points of engagement swiftly. For the most part, Dynasty Warriors 3 plays out very much like a classic beat-'em-up, except instead of fighting a handful of thugs on a cramped street, you must kill hundreds of enemies on immense battlefields.

The most significant gameplay mode available is the musou mode. Successfully playing through this story mode and accomplishing the most desired goals is as heavily reliant on strategy as it is on manual dexterity. Many times will you be forced to choose which battles need to be fought to raise your kill score, and which battles have to be avoided in order to quickly reach another conflict, provide reinforcements, or engage a notable enemy. Defeating particular enemy generals will allow you to unlock sequences where you can find rare items, which will aid you greatly in future conflicts and are fun to collect and rewarding to find. The alternate weapons are perhaps the most exciting to search for, and each character has four in total. These additional armaments are paired with attack variations, which allow players to explore new combos and breathe new life into old favorites. Upon completing each engagement in the storyline, your character's performance is evaluated, and you gain experience that in turn can improve your hit points, attack strength, musou gauge, and luck attributes. To further reward players, your regiment of faithful bodyguards will also gain experience after combat, which not only makes them more formidable in combat, but also swells their ranks. Those who played Dynasty Warriors 2 should be prepared to play through many of the same battles, as the story has remained largely unchanged, as have the objectives for the conflicts. Completing the musou mode several times will unlock characters, weapons, and movies, and with so much to unlock, Dynasty Warriors 3 will quite possibly keep players engaged for many months.

If the musou mode alone isn't quite enough, players can also take on the challenge and free modes. The challenge mode pits your chosen warrior against insurmountable odds or against a swarm of foes that must be defeated within a time limit. Two players and their retinues can face off against each other on a confined battlefield locale, such as a bridge or courtyard. These alternate play modes aren't quite as fulfilling as the challenging musou mode, but their inclusion definitely gives players something to do when they don't have enough time to progress through the lengthy story sequences.

Dynasty Warriors 3 features a sizable amount of playable characters from the three kingdoms, with many more to unlock upon completion of their respective musou modes. The character designs are very attractive, and all the combatants have a distinctive look, boasting interesting weapon variations and stylish attire. These characters look especially good during the introductory cinema sequences before each battle and in the brief cutscenes that draw attention to events as they take place on the field of battle. However appealing the distinctly Asian aesthetic may be, the hallmark of the PlayStation 2's Dynasty Warriors games has been their ability to display an absolute horde of characters onscreen at once. While it's incredibly impressive to be able to engage in melee combat with dozens of enemies at a time, you will occasionally experience some serious slowdown. The two-player cooperative mode, which for the most part plays very well, compounds the chugging effect that the larger encounters will cause, especially when the colorful musou attacks are utilized against an opposing swarm on a split screen. The PlayStation 2 hardware seems to be taxed quite heavily by the large number of characters, as evinced by the numerous instances of draw-in and pop-up and the very limited view distance. Inconvenient camera angles also occur quite frequently, and they're made even more annoying when the camera-center button halts your character in midstride. Despite the game engine's inability to render all the combatants effectively, Dynasty Warriors 3 does maintain a relatively solid appearance during the large-scale battles.

The music in Dynasty Warriors 3 is composed of heavily guitar-driven rock anthems that may seem ill-fitting to some players considering the setting. Despite the mismatch, however, many players will enjoy the energized feel that these riffs will lend to the combat and the various cinemas. Players can choose from both Japanese and English voice acting, and both are enjoyable for different reasons. The Japanese voices seem more authentic, and they're largely well done, but the English voices have a delightfully overacted martial-arts movie tone to them that will endear players who choose to take the storyline only somewhat seriously. The grunts and yelps of pain heard on the battlefield are passable, while the commands and acknowledgements exchanged between generals are effective and add greatly to the epic feel of the engagements.

Cao Cao, Liu Bei, Lu Bu, and all the rest are compelling characters in the novel, and Koei has been providing both strategy- and action-oriented versions of their tale for many years. Prospective buyers should note that Dynasty Warriors 3 is not a particularly remarkable progression from what was accomplished in last year's game, and the graphics look sloppy and dated in some cases. However, those looking for an action-oriented game with plenty to unlock and lots to do will be more than satisfied with the sizable package offered by Dynasty Warriors 3. 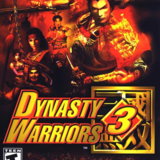