Your sword is an indecipherable blur. A slashed wolf falls to the ground alongside a dying troll who dared to face your kinetic blade. High above the ground you soar, bringing the fight to the winged demons that patrol the skies. No one is safe in your presence. In the beautiful Dust: An Elysian Tail, the death count grows at an alarming rate; the entire monster population is no match for your keen instincts and merciless weapon. There's a smoothness to the execution that's mesmerizing, as powerful attacks are dished out at a dizzying rate. But that ease comes at a cost. With a flick of a stick and a tap of a button, dozens collapse at your feet, and the breezy repetition lacks the strategizing that could have given this eye-catching action platformer the depth it sorely lacks. Dust: An Elysian Tail enchants and entices, but never envelops you like the best action games do.

Amnesia is a tough circumstance to overcome. The memory-deficient hero calls himself Dust because his past is a mystery to even him. What's not a mystery is the condition of the world he awoke in. Monsters roam the countryside, terrorizing villagers and making a deadly nuisance of themselves. So Dust's quest is clear: Help the innocent while driving the evil beings back from where they came.

Initially, the setup draws you in, using the old trick of memory loss to explain what's happening to both the protagonist and player in one fell swoop. But things quickly take a turn for the worse. Grating voice acting turns even the most sympathetic character's sob story into an annoying ordeal that makes you search for a skip button. The cheeky guardian Fidget that follows your every step communicates in a high-pitched squeal that tempers the enthusiasm of even the most determined individuals. Overly dramatic writing laced with juvenile humor makes for a story that's as tiresome as it is groan-worthy, and it doesn't even stay kindly in the background for you to safely ignore. Long story sequences have poorly developed characters squawking at each other for minutes on end, dragging the happy-go-lucky pacing down to a crawl.

When you extricate yourself from the exhausting story, An Elysian Tail becomes a lot more enjoyable. This lightly structured 2D action adventure focuses on making you feel like a long-dormant warrior hungry for some vengeance killing. As soon as you pick up your sword, you're taught basic two-button combos to see how fantastic your blade can be. A strike across the chest of a scowling goblin leads to an upward strike that tosses it high into the air. Follow it with a sure-footed leap of your own to finish it off where the leaves meet sky, and then rush back to the ground in a powerful slam attack to eradicate the crowd of baddies at your feet.

Fidget hovers just out of danger's reach, but is happy to toss projectiles into the fray when the situation arises. Zooming blue lights drain smidgens of your enemies' health, and you can control these flecks of pain with handy propeller moves. Either stationed on the ground or whizzing through the sky, you twirl your sword like a helicopter blade, tearing meanies to smithereens while diffracting Fidget's energy balls so they mercilessly pelt enemies. Watch as your combo count soars, first registering dozens of hits, and then hundreds more once you learn to link these attacks together. Chimes and flashes of light clue you in when you're tabulating a particularly high tally, and those elements combined with the smooth grace of your master swordplay make for an enjoyable way to chop those who oppose you to shreds.

Within the first few minutes of procuring your blade, you learn these flashy attacks, and it seems as though your repertoire will grow ever stronger during the duration of this lengthy adventure. But sadly that's not the case. Aside from two different elemental projectiles for Fidget, you have the same combos for the entirety of An Elysian Tail. At first, this lack of growth isn't a problem. Slicing and dicing foes is eminently satisfying, and trying to string together a massive combo chain has you working to perfect your offensive swipes and time your defensive feints until you can tear through hordes of enemies without breaking a sweat. But it doesn't take long for you to master your attacks. And once you test every permutation of your modest moveset, it's clear that celestial attacks are more efficient and make for higher combos than ground-based sword swings. So you repeatedly zip across the screen until even your stylish death strikes become tiresome.

The goblins that populate early levels change to lumbering trolls, kamikaze bombers, slinking wolves, and other ill-tempered creatures as you plunge deeper into your quest. Diverse visual design ensures every beast you snare has a cartoonish charm that makes even the brain-hungry zombies endearing, but don't expect deeper strategies when tougher monsters appear. Aside from a gargantuan monster that requires a well-timed parry to daze, you can defeat every creature using the same tactics. Just have Fidget shoot some fireballs while you zoom around the screen like a crazed hummingbird. It's all fun because the sharp controls and increasing experience points tally make you feel as if you're gaining power, but the lack of evolution is impossible to ignore.

An Elysian Tail partially makes up for its shallow combat by giving you side jobs to complete. You can travel to previously visited areas whenever you wish, and backtracking is a large aspect of completing these optional tasks, but that dirty word isn't a problem here. By progressing deeper into the story, you unlock moves that add to your locomotion, so revisiting old locations means you encounter places that used to be just out of your reach. Treasure chests bursting with items are ready to lavish their gifts on any traveler who uncovers their hiding spots, and scouring the map for these goodies requires smart movement and clever puzzle solving.

Reaching a higher ledge isn't always as obvious as making an outlandish jump. Oftentimes, you have to put a bit of thought into how to progress, and that's where An Elysian Tail shines. Fidget tells you when a hidden object is nearby, but it's your job to track down where it's located in the labyrinthine caves and forests you venture into. You may need to steer a timed proximity bomb through a series of wind tunnels or uncover the clues in a carefully worded note, and figuring out where a secret lies makes you eager to rush to a new place on the map to see what other possibilities await.

The reckless killings you partake in during these exploratory moments are not without value. Dust earns experience points for every monster he slays, and once you earn a new level, you can power up one of your four attributes. Defense and health aren't terribly interesting considering the wealth of healing items available and the ease with which most enemies die, but strength is always handy, and making Fidget more powerful makes your life easier. There are also items to craft for those who like to tinker. Monsters drop pieces that can be forged into handy tools using blueprints, and though the items aren't usually as good as what you're equipped with, it's fun to see the different strengths and weaknesses on offer.

An Elysian Tail has so many crafting materials that tracking down ingredients could have been a tedious slog that distracted from the slicing and dicing escapades. But the game avoids this pitfall by making excellent use of its willing shopkeeper. Every time you trade in a new building material at the shop, the merchant updates his stock for you. Therefore, you don't have to worry about farming in the ice lands if you'd rather look for treasure in the caves. Either way, you have access to the precious materials you need to build that ring you've been eying. This smart design decision eliminates the pointless grinding that's present in so many item-rich games.

However, not every decision is a smart one. An Elysian Tail has a handful of challenges that test your reflexes and posts them on a leaderboard for all to see. These rooms force you down a dangerous obstacle course, requiring you to avoid traps while making precise jumps as quickly as possible. The higher difficulty and tracked scores make this an enticing shift from the campaign, but the challenges come with a couple of faults. First, there's no way to quickly restart, so if you mess up early on, you have to trudge through the whole thing to get another chance. Second, you have to leave the challenge room to save. You could go through a few times in a row, die from a flaming trap, and lose your hard work. Challenges are still a fun way to show off your skills, but the execution leaves a lot to be desired.

The artistic design is just as uneven. Hand-drawn environments suck you in from the opening scene. Serene vistas greet you around every turn, from lush forests to freezing snow-covered peaks. It's a wondrous world that's begging to be explored, and no matter where you travel in this expansive adventure, you're treated to captivating sights that push you onward to see what else you can take in. But the peaceful settings are contrasted by unsightly character design. Anthropomorphic animals bearing little personality stand out like a sore thumb against the inviting backdrop. These creatures range from inoffensive to downright ugly and serve only to make the already dull cutscenes that much worse.

There are many peaks and valleys in An Elysian Tail, and it's that uneven rhythm that keeps this adventure from greatness. When you're mesmerized by the gorgeous environments or you're about to uncover a stubborn secret, it's hard to pull away from this engrossing downloadable game. But then you're forced to partake in repetitive combat or listen to drab characters prattle on endlessly, and you yearn for something better. But An Elysian Tail usually overcomes its missteps to offer a pleasurable experience. And once you're sucked in, there is so much content that you can spend more than a dozen hours exploring this land. Dust: An Elysian Tail struggles at times, but there's an awful lot of charm buried within.

View Comments (148)
Back To Top
7
Good
About GameSpot Reviews 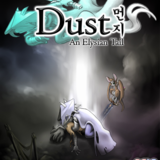 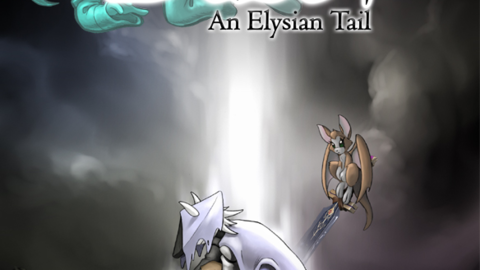 Dust: An Elysian Tail is a side-scrolling action role-playing game with an emphasis on crazy combo-based action.

Everyone 10+
Fantasy Violence, Mild Language, Use of Tobacco