At the moment, anyone looking for a competitive card-based strategy game on PC is spoiled with options. Although Blizzard obviously didn't invent the genre, Hearthstone's runaway success has inspired other games aiming to tap into that player base and become just as successful. Duelyst might seem like just one more game on that ever growing list, but in spite of its similarities, it successfully distinguishes itself from the competition by adding a few new twists to the format.

A lot of the trappings around Duelyst will make longtime Hearthstone players feel perfectly at home. You can select from several factions--equivalent to classes--and enter practice matches against AI, online matches with other players, or a tournament mode where decks are built on-the-fly. Three losses in a single tournament (a mode which is still in development and is therefore not always available) equals elimination, while the number of victories dictates the value of the reward a player receives. There are orbs instead of card packs to purchase with in-game or real currency, but they function in much the same way. Once opened, they spit out cards of varying rarity for the game's different factions, as well as a neutral faction that you can freely utilize. Unwanted cards can be broken down, coveted cards crafted, and decks can be customized to your heart's content.

It all sounds so very familiar, but a match in Duelyst doesn't actually bear many similarities with Blizzard's blockbuster card game. Rather than playing cards as static objects on a 2D board, Duelyst's battles are set on a grid with opposing generals starting out on either side. Cards are then played to summon minions, but instead of being static actors on the board these minions (along with your general) can be moved around a set number of spaces in order to close-in on and attack the enemy. Ranged fighters and certain spells or abilities can accomplish that from a safe distance, but for the mostpart both minions and generals will need to get right up in a foe’s face to deal their damage.

There's much more to Duelyst than playing the right cards at the right time, or building the perfect deck. Positioning can be just as important as any other element of play, and for every deck built around a highly mobile play style there's another built around denial of movement and rigid board control.

The way minions can move and attack vary depending on the type of minion and the faction they belong to. Many Abyssian minions are low cost and low damage summons for example, but Abyssian spells are great for beefing them up to quickly overwhelm an opponent. Meanwhile, The Vetruvian faction favors flying minions who move unimpeded across the board. A Vetruvian player could build up their forces in an isolated corner out of harm’s way, then descend on the opposing general in a single turn. It’s a system that can feel a little intimidating if you’re not used to worrying about physical space when you lay your cards down, but the various faction specializations make it quite fun to experiment.

It’s also worthwhile to experiment with the character at the helm of your deck. There are multiple generals in each faction that a player can choose from, each with their own distinct abilities that play to their faction’s strengths. Generals can also be enhanced by playing artifact cards which give them weapons and abilities. The right general combined with the right artifacts can be absolutely devastating, but three hits and they’ll be disarmed.

The card system could potentially feel restrictive to someone coming to Duelyst from a strategy background, while a card gamer might find the board-based aspect an unnecessary complication. For those new to both, it may just feel overwhelming. There are a lot of very clever moves to be made when a solidly built deck, a lucky draw, and thoughtful board placement all converge, and thankfully Duelyst has a built-in way to show some of them off in the form of solo challenges.

Solo challenges are presented like a puzzle, where you enter what appears to be a match-in-progress and are charged to end it in one turn by using a specific ability or trait. As an introduction to advanced techniques, these challenges are incredibly helpful because they provide practical examples and let you learn through experience, rather than by following explicit, dry tutorials.

Unfortunately, practice mode is far less fruitful. The AI in practice matches is almost always predictable and easy to defeat. If I'm looking to develop and test strategies against a particular faction and their preferred techniques, playing against AI which hardly ever employs faction-specific capabilities isn't going to do me much good. Even if I want a more general form of practice, playing against AI that wastes turns on meaningless moves is not going to provide meaningful training. Solo Challenges make up for this in a way, but hoping for the perfect storm of cards in your hand and placement on the board so you can execute on that super hot trick you just learned isn't the most reliable strategy in an actual match.

Visually, this game captures a bright and wonderful retro aesthetic, but as much as I could appreciate its style, I still found myself pining for the glossy, gilded illustrations and animations found in similar games. Duelyst's art is absolutely well done, but it fails to leave a lasting impression.

Duelyst overlaps enough with similar games in the genre that stepping into it doesn't feel like starting from scratch, but it still manages to distinguish itself with some clever additions. While it still has its faults, those faults never overpowered the satisfying feeling of executing a perfect play. Even if you're still devoted to your competitive card game of choice, Duelyst is definitely worth a look. 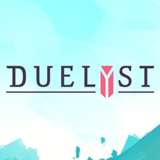 Janine Hawkins isn't a hardcore competitor, but she's still susceptible to the charms of a well-built strategy game. She spent time with each of Duelyst's factions but employed a custom Abyssian deck for the majority on her online matches. 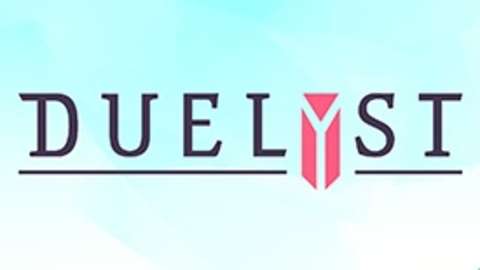 Duelyst is a tactical turn-based strategy game with a heavy focus on ranked competitive play, brought to you by veteran developers and creators from Diablo III, Rogue Legacy and the Ratchet & Clank series. The world of Duelyst has an expansive identity and mythology, with gorgeous landscapes filled with rich, complex characters, untold stories and unraveled histories. The focus is on squad-based combat on a tactical map with fast-paced multiplayer 1v1 battles where victory comes from defeating your opponent's General. At launch, there will be five unique factions with a roster of 100+ battle units and spells.