The game still falls well short of the level of Gran Turismo, but thanks to friendlier controls and improved handling, the US rendition of Type-S is actually a playable and challenging racing simulation.

Renowned for its RPGs and fighting games, SquareSoft is making its first attempt at the racing genre since the Rad Racer series for the NES with Driving Emotion Type-S. To be blunt, the Japanese version of the game stinks. Oversensitive control and slippery handling, combined with the game's unforgiving physics, simply make the Japanese release impossible to play. Square promised to improve the US release and, lo and behold, it has. The game still falls well short of the level of Gran Turismo, but thanks to friendlier controls and improved handling, the US rendition of Type-S is actually a playable and challenging racing simulation.

Type-S's main gameplay option is its arcade mode, although career mode is a more befitting moniker. You begin with a choice between just four vehicles: Honda's Civic, Mazda's MX-5 Miata, and Toyota's Celica and MR-S models. Select a vehicle, adjust its handling characteristics if you desire, and prepare to take on one of the game's five beginner-level courses. Each course has four divisions, and a first-place finish in each nets you one additional car and access to the next division. In all, 14 courses and 43 vehicles can be unlocked in this fashion. The game's overall garage features cars from twelve manufacturers, and it includes Honda's NSX, the Mazda RX-7, Subaru's Impreza WRX, and the speedy Porsche 911. In terms of tracks, a mixture of circuits and ovals based on a number of real-life Japan raceways populates the game, including Suzuka and Tsukuba, as well as no-name courses such as Provence, Urban Highway, and Zero-4. There's even a US-inspired West Coast track that's exclusive to the English release. Once you've unlocked some cool gear and a few courses, the game's versus mode offers the chance to duke it out on a split screen with the driving buddy of your choice. Before hitting the road with a friend, though, it's a good idea to sample the game's line trainer mode, which is available to teach you the ins and outs of driving Type-S style.

Driving. Type-S style. The gameplay in Driving Emotion Type-S is similar enough to that of the Gran Turismo series to seem familiar to simulation fanatics, but different enough to induce a learning curve all its own. Not content to bring across the "on-rails" action of other racing games, Square's Type-S allows for full 360-degree driving. If you hold the control stick, you'll keep turning until you release it. The game's normal mode compensates for the majority of unintentional oversteering situations, but careful acceleration during turns and avoidance of loose surfaces is still required to stay on course. In simulation mode, speed, traction, and aerodynamics play a much more significant role than they do in the normal setting, perhaps too great at times. Handling is less slippery in this mode, but the risk of skids, spinouts, and crashes is greatly increased. Thankfully, although the steering in the US version is still far more sensitive than it ought to be, the constant left-right battle with the control stick that plagued the Japanese release is a thing of the past.

One complaint about Type-S is how its handling characteristics, control, and physics interact with one another. Early on, the game seems floaty and punishing, almost frustratingly so. The game's initial vehicle selections don't help matters any, as the stock four react to gravel and grass like bowling balls on a frozen pond. However, later acquisitions such as the Mitsubishi GTO and Honda S2000 offer improved handling and course response. If things get too far out of hand, you can also adjust each vehicle's handling characteristics in the garage. Suspension, gearing, brakes, and stabilizers can be adjusted to preset configurations or manually tuned in 18 different subcategories. Getting to know your car on an intimate level is a good idea, as Type-S emphasizes a gestalt of shifting, braking, careful steering, and oneness with the road. As such, the game often frustrates and overwhelms the player with a mind-numbing level of detail, especially considering how brutally unrealistic spinouts and crashes are, but it does reward your patience.

Attention to the road isn't the only thing you have to consider when playing Type-S. Despite minor bouts of retardation, the CPU intelligence is of the highest caliber. The computer hogs the rail, attempts to take the inside corner, and won't hesitate to run you off the road. Further, Type-S is not one of those games where you can thrust to max speed and cruise to the finish line. The CPU opponents are lead-footed, they don't fear sharp corners, and they already know their way around each course. To advance to the next division, a first-place finish is required, and unless you're a shifting demon, a number of wins will be by the skin of your teeth. The game lets up on the difficulty once you've acquired a few midlevel vehicles, but it returns to its "go for the jugular" mentality by the time you're competing in division three and GT races.

When it comes to eye candy, the game's visuals are mostly stunning. Mountains, hills, buildings, and bridges are all highly detailed, while the rivers and waterfalls might make you think you were driving through a nature reserve. The game does an excellent job of portraying the racing environment, regardless of whether it's an oval track, a city course, or a country excursion. The vehicle models in Type-S aren't as complex as you'd expect them to be in a game of this type, but Square has at least increased the level of body detail and shading for the US version of the game. Spark effects, dust clouds, and exhaust plumes also do a decent job of meshing the cars with the road. If there's a major gripe to be found, it's that Type-S exhibits a fair amount of jaggedness and shimmering, mainly due to a distinct lack of antialiasing, but nothing near the amount exhibited in Namco's Ridge Racer V.

The Type-S soundtrack is a similar beast--solid, albeit imperfect. The background music tracks are varied, but altogether mellow, better fitting cross-country driving than the game's circuit-based courses. The musical selections for the West and Urban Highway courses suit their big city environments, but the overall score lacks impact when compared with the soundtracks in Gran Turismo 2, Ridge Racer Type 4, and even Ridge Racer V. On the other hand, the ambient effects, such as car engines, skids, and scrapes, are portrayed with immaculate clarity. There are even subtle engine pitch noises that vary from car to car, as well as noticeable effects for those times when gravel and grass are kicked under your vehicle.

Based upon first impressions, many would label Driving Emotion Type-S as an experiment gone horribly awry. The game's handling isn't as inviting as the handling in a majority of games in the genre, and its physics are just suspect enough to spark controversy. However, if you give it the benefit of the doubt, test drive a few new cars, and experiment with handling adjustments, there's actually much to enjoy. It still feels more like work than entertainment, but persistent simulation fanatics will welcome the challenge. 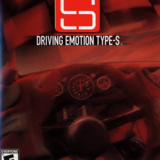