Driver: San Francisco's inspired shift mechanic and wealth of action-packed content make it an absolute blast that revives the franchise.

Chasing down crooks in high-speed chases, performing death-defying feats of driving, or bringing down entire criminal organisations might be a bit much for your average cop, but Driver: San Francisco's John Tanner takes it in his stride. As you take control of him and begin your beat on the mean streets of San Francisco, the reason why becomes clear: Tanner's uncanny ability to "shift" into the body of citizens lets you do things other cops can't, such as instantly drive any vehicle in the city, coax case clues from criminal passengers, or use cars as battering rams, to name but a few. While the premise behind this ability is ludicrous, it all makes sense as you soar over the living, breathing city for the first time, instantly transporting yourself to new missions and swiftly jumping between cars to take down criminals. Shifting is Driver's coup de grace; the feature that puts memories of the mediocre Driver 3 to rest and reinvigorates the franchise.

Driver: San Francisco picks up where Driv3r left off; it continues the story of Tanner and criminal mastermind Jericho. After escaping from Istanbul, Jericho takes refuge in San Francisco, only to be tracked down and imprisoned. However, a routine prison transfer gives him the opportunity to escape. Tanner gives chase and--after an explosion-filled action scene of Michael Bay proportions--catches up with the criminal, only to be run down and left in a coma. It's in Tanner's coma-induced dreams that Driver takes place; the battle against his coma manifests itself as the hunt for Jericho and real-life news reports on the TV in his hospital room influence his actions. While the narrative is completely implausible and at times downright confusing, it allows Driver to free itself from the shackles of the real world and introduce the unique shift mechanic that underpins the entire game.

Shifting allows you to take control of any vehicle with just a few buttons presses. Activating shift lets you float above the city, from varying levels of zoom that allow for up-close views of roads all the way to a bird's-eye view. You can highlight any car you like, and with another button press, you're in the driver's seat, ready to take on the criminal horde. With a city the size of San Francisco, the gameworld is huge, and there are hundreds of miles of road for you to drive on and explore. Fortunately, any worries about laborious driving to reach missions are laid to rest with shift. Zooming out to a bird's-eye view allows you to see all of the missions on the map, which are marked by clear icons that, when hovered over, detail the content. You can zip from a mission on one side of the city to another in seconds, minimizing downtime and letting you get straight into the action.

There are a huge number of missions available, with a wealth of types from which to choose. Even for something as simple as racing, there are multiple types, such as checkpoint racing, with marked and unmarked routes; smash racing, where you have to smash objects along the route to gain time; and team racing, where you have to shift between two competitors to ensure that they finish in first and second place. Then, there are the police missions in which you have to chase down criminals by using your boost ability to ram them off the road or shift into oncoming traffic to ram them head-on, with replays letting you view the carnage in glorious slow motion. The stunt missions are the most fun: You have to perform feats of daring driving, such as drifts, handbrake turns, and huge jumps over moving vehicles.

Each of the main missions has a story attached to it. Sometimes they relate back to the main narrative, while others involve ordinary citizens who've gotten themselves into a spot of trouble, such as parents whose child has been kidnapped or irresponsible teens who have entered street races. These stories aren't especially engaging, thanks to corny dialogue and merely passable voice acting, but references to kitsch '70s cop shows and past Driver games let you know the game never takes itself too seriously. To progress, you have to complete most of the story-based missions to unlock Tanner missions, which reveal more about his history with Jericho and his current condition. In addition, there are heaps of optional missions scattered around the city. Completing them awards you with will power points, which are also given to you for daring driving such as overtaking in the wrong lane or big drifts.

You can use will power to buy new cars, which are available from garages around the city. All of the vehicles are officially licensed, and there are a lot from which to choose. They range from slower vehicles, such as Fiat 500s, to supercars, such as Ford GTs and Zondas. More cars are unlocked as you complete missions or when you buy extra garages, including classic models and cars from films. Buying extra garages unlocks yet more bonus missions to play through as well. If that weren't enough content to keep you occupied, you can collect tokens from around the city, which open up missions inspired by classic movies. These remove your shift and boost abilities, making you rely on good old-fashioned driving skills to complete them.

Each car shares the same over-the-top feel--think Hollywood car handling rather than all-out realistic. Performing handbrake turns, doing reverse 180s, and driving under moving trucks is par for the course, though there are subtle differences between cars. For example, American muscle cars, such as the Ford Shelby GT, are very fast but a handful around corners, while cars like the Aston Martin Rapide combine speed with better cornering ability. Neither is particularly great off road, so there are Land Rovers and Baja Bugs for sale that let you tackle such missions with ease.

Thanks to the official licences and detailed visuals, each car looks the part too. There's a real feeling of pride as you drive around in your newly acquired supercar, with the sun glinting off the shiny paintwork along with the reflection of passing buildings and signs. Cars don't stay that way for long, though, with crashes and aggressive driving taking their toll on your car's bodywork. Windshields crack and lights smash, while hoods and side panels fly off in all directions. The environments are less impressive, but a lot of life has been injected into the city. Roads are always filled with cars, requiring you to weave through traffic at breakneck speeds to complete certain timed missions. It also means there's always a car around to shift into, so you're never left empty-handed. There are also lots of pedestrians on paths, which add to the living feel of the city--even if they have the uncanny ability to leap out of the way of speeding cars at a moment's notice.

Even if you exhaust the many hours of content in the single-player modes, Driver features a range of multiplayer options, including split-screen. There are six different types of multiplayer on offer, each using your boost and shift abilities in different ways. Initially, you can only play Free for All in which up to six players face off in Trailblazer and Tag games. In Trailblazer, each player has to follow a DeLorean, which leaves a long yellow trail behind it as it moves. Driving in the path of the trail earns you points, but only one car at a time can catch the trail. This makes races a manic affair, as cars battle with each other using shift and boost to catch up to the DeLorean and ram competitors off the road.

In Tag, one car holds a tag trophy at the start of the race. Whoever holds the tag earns points, while the other cars have to ram that car to steal the tag. This cat-and-mouse system is a lot of fun, and with rapid shifting going on around you, any one of the AI-controlled cars on the road is a potential tag stealer. To unlock further modes, you have to earn experience points and level up, which is irritating if you just want to jump straight into something different. There are standard eight-player races that don't let you use boost or shift; takedown races, in which players take on the role of the police and chase down a getaway driver; and shift races, in which the first person to drive through a checkpoint gets the points. There are also cooperative team events, such as capture the flag and relay races.

The addition of shift to online races is excellent. Thankfully, you can't just spam the ability in races, with a gradually replenishing energy bar limiting the number you can make. If you'd rather take on a friend face-to-face, split-screen offers all the same modes. There are also additional co-op races like Clean the Streets, where you have to prevent marked vehicles from reaching their destinations, and a Freedrive mode, where you can kick back and enjoy a leisurely drive around the city. While on the whole these modes work well, there is a noticeable amount of slowdown when you enter heavy-traffic areas on freeways, which turns races into something of a slideshow.

While Driver: San Francisco is a lot of fun, it isn't without its faults: Missions can get a little repetitive toward the end (particularly if you're doing all the side missions), the storyline is ludicrous, and the less said about the incredibly frustrating final boss battle the better. These issues do little to sully what is a great driving game, though. A wealth of content, fast cars, and the inspired shift mechanic mean you're always kept in the thick of action-packed, over-the-top driving missions that are a thrill to play. 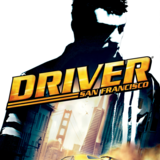