Yawning at the wheel.

It exists, it's pretty, and you race cars in it. Such an analysis might be terribly reductive, but it's difficult to work up excitement over Driveclub, a simple racing game in which frustration is common and thrills are in short supply. This is racing in its most straightforward and driest form, free of frills, free of celebration, and free of pressing reasons to invest your time in it for the long term.

No, in spite of its attempts to drive competition by way of automated and player-issued challenges, Driveclub is a short-term game, one that gets you onto the track with minimal fuss and tests your command of the vehicle whose wheel you grasp. Select your race, select your vehicle, and take to the track, unlocking new vehicles as you progress. There is no under-the-hood tinkering, and thus less sense of ownership than you would feel in a game like Forza. Of course, driving a shiny red Ferrari is its own intrinsic reward, and Driveclub introduces you to a variety of slick-looking vehicles and puts them to the test on a generous supply of intricate tracks. The single-player tour includes a race aptly called "Punching Above Your Weight," pitting you and your 5000-plus-pound Bentley Continental against considerably lighter Audis and Aston Martins. It's a demanding race, funneling you and your hulking boat through tight turns that require intense focus and a light touch.

Your initial races won't demand so much of you, but if there's one thing Driveclub's tour has a handle on, it's how to smartly and steadily increase the level of challenge, moving from hot hatches to sports vehicles to performances cars and beyond, all while opening access to serpentine circuits that won't forgive your silly cornering mistakes. (There is no rewind mechanic here; a particularly grave error will have you reaching for the restart option.) When your primary conflict is with the track and its complexities, Driveclub can induce the right kind of tension, the kind you feel when you're about to leave a straightaway and ease into a corner, carefully choosing a sensible driving line and applying just the right amount of brake pressure. It's the anxiety of the approach, followed by the relief of uninterrupted acceleration--that is, if not followed by another grand blunder--that makes for satisfying racing. Eventually, however, your primary struggle is to balance the bizarre contradiction between the weight of your car and the excess amount of grip it demonstrates; whether you're more accustomed to modern simulations or arcade-style racers, it takes time to come to know Driveclub's uber-grippy supercars.

AI racers can and do offer their own kind of challenge, but computer-controlled drivers often behave in irritating ways, causing the game to punish you for its own mistakes. Your opponents are concerned above all else with the prescribed racing line, regardless of which car they drive, favoring the most aggressive possible speeds down the clearest, most obvious route. This lack of adaptability isn't much of a concern early in your tour, but when the cars get faster and the courses get more labyrinthine, AI racers tend to clump up around certain curves and ignore the presence of other vehicles, including your own. AI vehicles prefer collisions to deviations from the line, often smashing into you from behind and sending you careening into the vehicle in front of you, or sliding onto the shoulder, simply because you took the path most appropriate for your car.

A collision or an overturned corner is damaging on its own in any racing game, but in Driveclub, it is even more so. Should you veer too far from the asphalt, or should a collision be too violent, the game penalizes you by temporarily capping your top speed, slowing you down for several crucial seconds. In Driveclub, there is nothing more frustrating than a collision that is clearly not your fault, and the abatement of acceleration that follows. One way to diminish this predicament is to race with others in online events. As of this writing, multiplayer is functional but invites little enthusiasm, particular when competitive drivers edge you off the track to take advantage of the resulting acceleration penalty, or undershoot corners as they grow accustomed to the game's--er--unique handling.

This is the Driveclub experience, by and large, though there are embellishments worth nothing. There are the clubs themselves, for example, which allow a half-dozen friends to come together, design a badge, create a personalized paint job, and invite other clubs to beat their race times--in essence, an elite friends' list with its own leveling system. There's no comparing these clubs with those in Forza Horizon 2, however, a superior game that does a creditable job of making your friends a tangible part of your racing experience rather than just race times with names attached to them. (That Driveclub arrives so soon after Horizon 2's release is not a coincidence that works to Driveclub's advantage.) There are the mini-challenges, too, bite-sized trials that spur you to drift a corner for longer than a clubmate (or a member of another club), or to more accurately follow the official race line for a period of time.

These are nice, basic features, but Driveclub fails to present them with much energy or excitement, and Electronic Arts' Autolog, the community service that ties its driving games together, is more interesting, more prominent from moment to moment, and richer in features. The dull menu music signals Driveclub's dull overall presentation; it's for the best that the soundtrack is turned off by default, allowing you instead to bask in the beautiful roar of your Lotus Exige. The cars and environments are inarguably gorgeous: Norway's snow-capped mountains bring to mind melodramatic sagas and triumphant symphonies, and the lochs and castles featured within Scotland's many pastoral tracks might inspire you to call your travel agent and book a European vacation. They're beautiful places, but in Driveclub, they are as lifeless as postcards; if there any sagas left to tell in those mountains, this game isn't telling them. An occasional small crowd might politely applaud as you rush by, waving flags, or maybe even holding balloons, but a requisite audience or even the occasional fireworks display do not alone a celebration of car culture make.

In fact, it's hard to find any true celebration here. Driveclub is ordinary menus and ordinary races, standard time trials, and a few drift events. Driveclub is bland social competition. Driveclub is the fear of risks and the embrace of the ordinary. It's basic racing in basic packaging, beautiful and inert and full of attractive cars. It is not, however, an argument for a new generation of driving, given how it fails to exceed the standards of the old one.

View Comments (2709)
Back To Top
5
Mediocre
About GameSpot Reviews

Kevin completed Driveclub's single-player tour, led his club to level 17, and participated in all sorts of challenges and races. 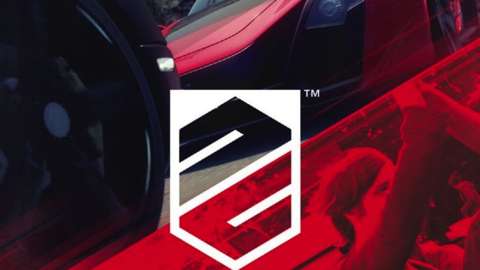 Driveclub is a racing sim for the PlayStation 4 focused on highly detailed cars and social racing teams.