Dragon's Crown presents itself as a simple beat-'em-up, but it's actually a surprisingly deep and action-packed role-playing game.

Dragon's Crown may look like a typical beat-'em-up on the surface, but once you sink your teeth into its character customization, equipment system, and wealth of side quests, it reveals itself as an action role-playing game trapped in the shell of a side-scrolling brawler. The compulsive loot hunting and brisk combat that drive Dragon's Crown have also fueled beloved franchises such as Diablo and Dungeon Siege, and there are gimmicks and activities that add variety to the traditional dungeon-crawling experience. Each character class is easy to control but tough to master, and with your ability to craft unofficial subclasses, there are plenty of play styles to experiment with.

It begins with the story of the titular Dragon's Crown, the lost artifact rumored to give the possessor power over ancient dragons. When the king of Hydeland Kingdom fails to return from his search for the crown, you're employed to seek his whereabouts. This is all the setup you get, and after a few scripted story sequences, the story flattens out. The royal family of Hydeland faces typical medieval challenges, such as backstabbing and reconfiguration of power, and though it's their story that gets the ball rolling, their troubles don't rule over your free time for long.

Eventually, it's your desire to fight, develop your character, and discover rare and powerful treasure that keeps you going, with side quests providing new tasks and further information on Hydeland's troubled society. Overall, Dragon's Crown has a light story that's easy to digest, though it's not likely to capture your imagination. For that, look no further than what you see in front of you.

Vanillaware's iconic 2D artwork catches your eye from the start and lends some welcome dramatic flair to your adventure. Subtle gestures bring large, seemingly still images to life during cutscenes, with hulking warriors expanding and shrinking with every breath. Even the tiniest details are animated, fleshing out the surreal presentation. The in-game illustrations are equally rich, but feature more-fluid animations. You can see a similar style used in Vanillaware's past work, but the quality of Dragon's Crown's visuals are a step above the rest.

Unfortunately, though there's a lot to love about the art, there's also a lot to dislike. A large number of female characters, including the sorceress and amazon, are rendered in a way that sometimes feels akin to softcore pornography. It's potentially offensive, not to mention lewd, to the point that it feels like a betrayal of the artistic skill on display. It doesn't come close to ruining what's great in Dragon's Crown, but it leaves a stain on the game.

As impressive and potentially distracting as Dragon's Crown's illustrations are, the gameplay is the real star of the show, and the combat provides the most excitement. As your party navigates icy ruins and dank caverns, your primary goal is to defeat the dozens of enemies standing in your way. Where most beat-'em-ups settle for simple combos with different animations to define each character, Dragon's Crown's warriors come with specialized basic maneuvers, on top of their already unique skill trees. Every character can string together combos from a mix of dashing, attacking, and jumping, but only the dwarf can pick up enemies and hurl them across the screen, and only the wizard can turn treasure chests into bipedal wooden sidekicks, for example. The variety of combat experiences leaves no excuses for boredom, and lots of room for creativity.

When playing solo, you have the option of fighting alongside non-player character allies. It's an interesting way to provide a simulation of the multiplayer experience, albeit devoid of communication and plagued by imperfect AI. Recruiting these allies is an unconventional but interesting process: you discover bones of fallen warriors in dungeons and resurrect your new friends at the temple in town. The levels and abilities of these fallen warriors scale with your experience, so you're never far from building a formidable squad of fighters.

The combat is entertaining enough, but Dragon's Crown doesn't rest there. There are a number of other things to do while exploring dungeons, such as searching for hidden passages, treasure, and the elusive runes. No matter the size of your party, your plucky, lock-picking sidekick Rannie is always at your service. You can direct him to open treasure chests and locked doors by using the cursor controlled by the right analog stick. That same cursor is used to activate glyphs randomly carved into dungeon walls. When you touch three that go together, they activate a powerful spell. The combinations are difficult to remember due to the number of glyphs and their primitive designs, but pursuing them is completely optional. They can be a distraction for an unfocused warrior, but understanding the various spells and using them to your team's advantage can be an invaluable skill.

There comes a point when you need to grind through Dragon's Crown's nine dungeons for experience, but it isn't as boring as it sounds. Each dungeon has multiple detours and a fork in the main road, with a unique boss at either end. Boss encounters become more than straight-up fights by incorporating gimmicks. One stage with a giant kraken forces you to use cannons to destroy its limbs. Another sends your party crashing through the floor above a lava pit if you don't win the fight quickly enough. These added bits of variety go a long way toward making Dragon's Crown feel exciting, when it might otherwise feel repetitive.

Amid all the fighting, you acquire a lot of treasure. All the equipment you find comes with a known rank, but it's not until you pay to have your equipment appraised that you see the remaining details. It's like playing the lottery; you can't win a powerful new weapon if you don't pay to play. But you need to be cautious, since gold isn't just necessary to appraise items. Gold is also used for continues, for resurrecting and recruiting fallen warriors into your fold, and even for garnering stat boosts. The reliance on currency makes every decision worth reconsidering and every bounty that comes in valuable. Unlike allies, gold is neither disposable nor easily replaced.

Real-life sidekicks are an option too. Dragon's Crown can be played as a co-op experience locally or online, but oddly, outside of local co-op on the PlayStation 3, it's a feature that needs to be unlocked. This doesn't occur until about five hours into the game. The benefits of such a system may be hard to identify at first, but this actually does a good job of ensuring that those who are involved have a certain level of experience under their belt. As always, it's the real-life allies you choose that define the multiplayer experience. Play with selfish players, and you might as well play with NPCs. Join team-oriented folks, and you can employ strategy and teamwork to great effect. Once you've unlocked the harder difficulty settings, you gain access to the player-versus-player coliseum, a simple versus mode that nets the winner a pot of gold for his or her efforts.

When you defeat Dragon's Crown on the normal difficulty setting, you then unlock the hard and inferno settings. Each comes with its own level cap, along with more challenging enemies and more valuable treasure. It's largely a numbers game, with enemies that are simply stronger than before, but you also discover variations on old enemies that introduce new powers and tactics. It's unfortunate that Dragon's Crown's story isn't large enough to support an extensive campaign, but there's no shortage of challenges on hand.

With so many goals to pursue, Dragon's Crown is much larger than most beat-'em-ups, and more action-packed than most role-playing games. It's both beautiful and captivating in its style and execution, and overall, it's a great hybrid of two very different genres. 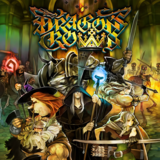 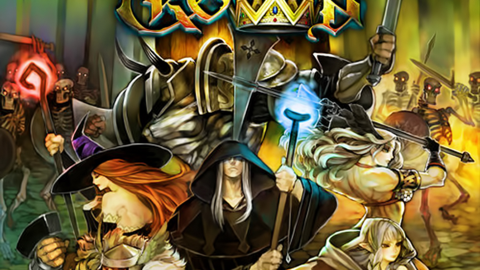 Dragon's Crown is an online adventure where players are thrust into a fantastical medieval world.