Fighting game aficionados won't find a terribly deep gameplay system in Budokai, but series fans will be pleased to know that it captures the essence of Dragon Ball Z.

It's one of the most searched Internet terms, one of the most popular animated series, and one of the most popular Japanese comics of all time: It's Dragon Ball Z, a series that has enjoyed unprecedented popularity for almost 20 years now. Akira Toriyama, the creator of Dragon Ball Z, has had past success in the field of video games as the character designer for such landmark RPGs as Enix's Dragon Warrior series and Square's Chrono Trigger, but curiously, Dragon Ball Z games themselves have never amounted to much more than bad cash-ins on this huge property. Infogrames, after holding the US rights to the Dragon Ball Z license for a few years now, has finally released its first full-fledged console game based on the series, Dragon Ball Z Budokai. And while hard-core fighting game aficionados won't find a terribly deep or compelling gameplay system in Budokai, fans of the series will be pleased to know that it captures the essence of Dragon Ball Z better than any game to carry the license before it.

In case you've been a recluse for the past few years, Dragon Ball Z follows the adventures of a group of superpowered fighters from across the universe, most of whom want nothing more than to be the single most powerful fighter anywhere. The titular dragon balls are a set of powerful orbs scattered across the globe that, when united, can summon a giant supernatural dragon who has the power to grant wishes. This is a pretty simplistic explanation of the series. Truthfully, though, unless you're already steeped in Dragon Ball Z lore, suffice it to say it's a cartoon soap opera that tends to cater to boys with power fantasies, and that there have been few cartoons that have begged to be translated into a fighting game like Dragon Ball Z.

While most fighting games tend to offer a single-player game that essentially mirrors what you'd experience in head-to-head competition, such is not the case with Budokai. The primary single-player mode plays like a Reader's Digest version of some of the more significant portions of the Dragon Ball Z cartoon series. You'll start off with the Saiyan saga, which is the beginning of the series, jump to the Namekian saga, and end it off with the Android saga, which culminates with the Cell Games. The story mode is, for the most part, just a series of increasingly difficult one-on-one battles, but it's sprinkled with lots of real-time cutscenes to move the story along, as well as an occasional minigame, both of which do an impressive job of faithfully re-creating some of the more famous moments from the show. It took years and years for the Dragon Ball Z cartoon to work through all of the story presented in Budokai, but the game's story mode is over in just a couple of hours at most, and it makes a lot of assumptions about how familiar the player actually is with Dragon Ball Z. If you don't already know the ins and outs of DBZ, the story mode may come off as somewhat disjointed, but if you do, it can be really exciting and fun to watch the story play out again, this time in full 3D.

But there's much more to Budokai than just the story mode. Completing the story mode will unlock many of the fighters in the duel mode, which is basically the game's multiplayer mode. More goodies can be unlocked in the ladder-style world tournament mode, including more hidden characters and arenas, as well as cold hard cash, which can be used in the edit mode to purchase more fighting moves to customize your fighters with. You can hone your skills in the game's practice mode, which functions much like the practice modes found in recent Tekken and Virtua Fighter games. Finally, there's the game's survival mode, the Legend of Hercule, which follows the misadventures of the most egomaniacal and least powerful character in the DBZ universe as he attempts to hog the spotlight and the glory in the cell games. All said, Budokai features 23 different fighters, including all the important players from the Saiyan, Namekian, and Android sagas, as well as one hidden fighter from a post-Android saga storyline and nine different arenas including such recognizable locales as the world tournament and Cell Games arenas, the Hyperbolic Time Chamber, Kami's Lookout, and those endless expanses of rocky desert where so much of the action in the Dragon Ball Z cartoon has taken place.

Though, for all the different fighters offered in Budokai, there's not a lot to differentiate between the different characters on a technical level. Every character has his or her trademark moves, and thanks to the simplicity of the fighting system, you'll be firing off kamehameha waves, galick guns, and special beam cannons within minutes of picking up the controller. The game basically plays like a severely stripped-down version of Virtua Fighter, giving you a single punch button and a single kick button, as well as a guard button and a ki attack, which, when used on its own, will produce a small energy blast. Though, tapping the punch and kick buttons a couple of times before using the ki attack can produce significantly more devastating attacks. There are also the requisite grapple attacks, and though the characters can't actually jump, you can perform juggles that will launch characters into the air, and they can remain floating in empty space until they decide to move back toward the ground, or you help them get there with your fists.

The single most unique mechanic in Budokai is the burst system, which, under just the right circumstances, will launch both players into a lightning-fast flurry of punches, kicks, and blocks that are basically controlled by some simple button mashing. It's not a terribly deep mechanic, but it sure looks cool, and fans are certain to get a kick out of it. Probably the only complaint to be had over the fighting system in Budokai from the fan perspective is the lack of a power struggle mechanic, a tug-of-war-style conflict in which fighters attack each other head-on using nothing but huge beams of pure energy. The controls are generally tight and responsive, and combos come out easily and naturally, but every character's combos can be pulled off with basically the same button combinations, and the number of moves each fighter can have is severely limited. All in all, the game can offer some good button-mashing fun, but it won't take a player with even a passing interest in fighting games long to completely master the game's mechanics.

The high point of Dragon Ball Z Budokai is the presentation, which is not only fairly proficient technically, but also does an unmatched job of capturing the very essence of the series. Every character looks uncannily like his or her traditionally animated counterparts, they all have multiple costumes, and they're all rendered with sharp, clean-looking textures. The environments the characters will fight in are all pretty simple, but they too capture the look and feel of the different places seen in the series. Fighter movement is all smooth and fluid, though the majority of the characters share the same animation for basic punch and kick combos. The different special moves, however, are all unique and look great, and they feature good though slightly subdued lighting and particle effects. The sound is also rather well done, with almost every fighter being voiced by the same actors who provide the pipes for the characters in the US cartoon. Oddly, this relatively small touch really helps sell the whole experience, even though the number of expressions each character has during an actual fight is rather limited. The music is all pulled directly from the US version of the cartoon, including the main "Rock the Dragon" theme, though the more discerning DBZ fans may notice that the majority of the tunes included are taken from early on in the series.

The rather simple fighting system in Dragon Ball Z Budokai is really the key factor that's going to keep it from appealing to many people outside of the DBZ fan base. But the game pays such loving attention to the Dragon Ball Z universe and the characters that populate it, including lots of little touches that only a fan could possibly appreciate, that you can tell the developers were thinking primarily of the fans while making this game. Every single previous Dragon Ball Z video game has been mediocre or worse, making Budokai the best DBZ game ever, by a mile, and other than actually watching the cartoon or reading the manga, it's probably one of the most fulfilling Dragon Ball Z experiences out there.

View Comments (2)
Back To Top
6.9
Fair
About GameSpot Reviews 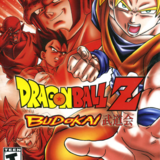