A wrinkle in time.

You can only tell the same story so many times, and Dragon Ball games are well past their allotment. I've seen Raditz perforated by the Special Beam Cannon more than 100 times by now, and while I love the series' grandiose narrative and iconic moments, it has long needed a spark. Dragon Ball Xenoverse, in spite of its pronounced deficiencies, puts the beloved series back on track. What it lacks in mechanical depth it makes up for in scope and fresh story arcs, and even if you still see Frieza bring Namek to its knees and Cell crumble before a familial Kamehameha, the addition of a customized character shines a new light on scenes that were growing far too dim.

It all starts with your own unique Z Warrior. Instead of reenacting the well-worn script as Goku, Piccolo, or another member of the colorful cast, Xenoverse inserts your own hero into each of the classic scenarios. From his species to the shine of his boots, your character's presentation is entirely up to you, and the depth of the adjustable characteristics allows you to successfully craft your ideal fighter. If you want to make a blue-haired lady-Saiyan with a jet-black outfit, the tools are there to make it happen. While stylish, your protagonist is far from verbose--uttering little more than a grunt and the title of a special attack during battle--but it's hard not to grow attached to this silent soldier as he battles alongside the established heroes. As a child who too often pretended that he could shoot energy from his palms and grow golden hair with a flourish, watching my addition to the roster be acknowledged by Goku and company was an inimitable pleasure.

After establishing a persona, you're brought in by Trunks as a member of the Time Patrol, a team that travels from era to era, correcting hiccups in the timeline that could radically alter the course of history. The villains meddling within the different timelines create problematic circumstances, diametrically opposed to the regular flow of this world's history. What if Raditz broke Goku's grip and avoided Piccolo's shot to the gullet? What havoc could Frieza have wrought if he immediately transformed to his final form instead of brandishing each of his less impressive molds? It's up to you to battle major characters possessed by an indomitable power and restore the timeline to its rightful progression.

Most of what you see, though distorted, follows the established Dragon Ball Z order of events, and if you're unfamiliar with the show, you'll likely find yourself lost among all the spiky hair and massive explosions. Xenoverse expects you already to have an established relationship with the anime, but the latter story missions have characters and content that are entirely new to the universe. It's not always prime material, with the dialogue ranging from fair to dreadful, but it's still refreshing to do new things in a Dragon Ball game. There's a lot to see, and seeing it all through the eyes of someone outside the well-established crew had me rushing to see how the script would be flipped next.

Dragon Ball Xenoverse, in spite of its pronounced deficiencies, puts the beloved series back on track.

What I didn’t always look forward to were the battles, which, unsurprisingly, are the meat of the experience. The combat isn't broken or unpleasant, but it does feel incomplete. Dragon Ball Xenoverse fails to present you with enough effective offensive outlets to remain captivating from start to finish, and while the over-the-shoulder perspective and cinematic ultimate attacks effectively replicate the visual spirit of the show, they just weren't enough to keep me engaged. Employing basic strikes, special attacks, and earth-shattering finishers between your enemy's combos might be effective, but even efficient strategies tend to result in apathy. The more you play, the less novel fighting becomes.

On a basic level, combining heavy and light attacks and topping them off with a burst of energy feels satisfying. The fists, elbows, knees, and feet that do connect result in an authoritative thwack, sending bodies flying into splintering mountains. Even the most devastating ability takes no more than three button presses to unleash, so it's simple to pick up the controller and begin punishing your competition with thunderous, destructive skill. However, there's little substance behind the thick layer of theatrics, and pounding away at buttons as you watch enemy health bars slowly tick away grows more tedious over time. It's easy to pick up and easy to master, which makes for a flat, unchallenging experience overall.

It's not always prime material, with the dialogue ranging from fair to dreadful.

This problem is only exacerbated by the presence of more bodies, and Xenoverse often presents skirmishes with multiple fighters on each side of the battlefield. It's common to jump into three-on-three competitions where you spend too much time putting fist to face with little substantive support from your allies. The speed of the action already makes one-on-one combat feel loose, with your character sporadically swinging at air as your back's to the enemy, so adding two additional targets can make it difficult to control the chaos. When it all works, it's easy to appreciate the bedlam. But these moments of bliss are too often followed by monotony, made frustrating by a less-than-perfect targeting system.

The action disappoints, but the methods of progression are both vast and gratifying. Beyond leveling up and applying points to various statistics, you can purchase and use an assortment of clothing and special techniques to empower your fighter. The deeper you progress within the different sagas, the more options you have. It takes time and even a bit of grinding to become powerful enough to conquer Cell or the best Buu, and going from level 25 to 27 often isn't enough to turn the tide of battle. But that didn't stop me from testing new pieces of armor and altering skill sets to search for the most lethal combat concoction.

There's little substance behind the thick layer of theatrics, and pounding away at buttons as you watch enemy health bars slowly tick away grows more tedious over time.

Alongside the story missions are offline and online Parallel Quests, which act as supplemental scenes to the main narrative. Here, you might battle next to Frieza and his henchmen instead of the actual good guys or search for the Dragon Balls on planet Namek. Dozens of these mission open up over time, and they can be tackled alongside basic CPUs, recruited NPCs that cost money to employ, or online players that often provide a great deal more assistance than a mindless ally. These quests, coupled with additional jobs handed out by named characters in the overworld, provide longevity and act as a great way to train for the difficult end game.

There's local multiplayer as well as an online arena, but the combat just isn't strong enough to stand on its own. It's fun to test your unique characters against the competition, and two-man duels are substantially more entertaining than the dizzying melees found within the story and side missions. But without a narrative backbone, the basic fighting doesn't maintain attention for more than a few rounds. Additionally, I've experienced consistent issues connecting online, at times preventing me from finding opponents and even kicking me out of the overworld itself.

Structurally, this is the most interesting and involved Dragon Ball game in years. The new spin on tired stories provides enough intrigue to keep you playing through even the most tiresome moments, and the enhancements you can make to your created character keep you completing missions well after the natural narrative conclusion. It's rich in content, but the shallow battle system and unnecessarily bloated health bars of some foes make this feel more like a hesitant step in the right direction than a true home run for the franchise. Dragon Ball Xenoverse isn't a good fighting game, but it does have enough interesting supplementary features to make it a consideration.

View Comments (312)
Back To Top
6
Fair
About GameSpot Reviews 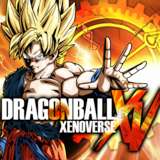 Josiah Renaudin has seen every Dragon Ball Z saga at least seven times, and is still recovering from Dragon Ball Evolution. For the purpose of this review, he played Xenoverse to completion and created a character using each of the provided species.