One thing that everyone can agree upon when it comes to Dragon Age: Inquisition is that the game is big. Like, crazy big. The Hinterlands alone is approximately the size of North Dakota. So, when The Descent DLC came along and promised to scale things down to a dungeon crawl, you had to wonder how it was going to play out. I figured it was going to go one of two ways. I assumed the adventure would be either a nice change of pace via an old-school D&D-flavoured romp through underground caverns, or a mundane corridor creep, making the fantastic original game mundane and predictable. But I clearly underestimated BioWare, as the developer covered all the bases here and created an add-on that offers both some interesting new settings and an occasionally monotonous trudge through caves.

The area of Thesdas that The Descent focuses on is certainly intriguing. After installing the DLC, a new 16-power assignment shows up near the Storm Coast on the Skyhold war room map. Local dwarves are reporting mysterious earthquakes rumbling through the Deep Roads--a not-exactly-hiding-it borrowing of The Underdark underground domain from the D&D campaign Forgotten Realms. There are no drow to be found here, but plenty of dwarves and Darkspawn--that catch-all Dragon Age version of J.R.R. Tolkien's orc. Two dwarves actually accompany you on the expedition, although Shaper Valta and Lieutenant Renn don’t have a whole lot to say outside of the cutscenes. Given how much the party’s banter added to the original campaign, it’s disappointing that these two new characters clam up while wandering through the caverns.

You don’t have to know or even care much about the incredibly rich and detailed background mythology of the Dragon Age series to understand the motivations here, but it does help, especially when a mystery challenge is spun out regarding the Titans and the living mystical substance of Lyrium. As I’m more of a “click through most of the dialogue to get back to the game” sort of player, the story and its implications didn’t mean too much to me, although groundwork has clearly been laid to move the plotlines of future DLC or even full sequels into creative new areas. One big problem, though, is the lack of connection between this challenge and the main campaign's events, which makes for a pretty big detour if you take on the challenge while still playing the main game. It works better as a kind of after-dinner mint--particularly given the revelations at the end, which could have had a major impact on the campaign if it was still ongoing, but are pretty much just brushed off here.

At any rate, the story is a good excuse to get the Inquisitor and his gang underground. The Descent begins on a rickety elevator ride into the Deep Roads and then continues with the party going further and further into the old dwarven kingdom. This isn’t just a collection of dingy old caves and tunnels and tombs, though. The adventure turns into a sub-campaign, complete with an expedition table stocked with local operations mirroring what’s on offer in the main game’s war rooms. There is also a majesty to much of the jaunt befitting the legendary status of what the dwarves built down there, with cities, underground water systems and incredible ruins everywhere that turn almost every scene into a glimpse at ancient history. With that said, you're still underground and stuck fighting it out in close confines. That can be pretty annoying, as melee battles in such tight quarters become hard to follow, with a gang of combatants duking it out in what sometimes seems like a succession of dwarven phone booths.

Speaking of combat in The Descent: there is a lot of it. Battles start off intriguing, with a few new enemies and new loot drops featuring high-level gear never seen before, and so forth. But the scraps are very hard, even right from the beginning of the game. Enemies seem to be able to always sustain a ton of damage before going down, which does little more than drag things out unnecessarily. I hated the ogres at the start of the game and I hated them far, far more by the end of the game. The one saving grace with combat here is that it demands tactical thinking. I tried smashing my way to victory as I did in many engagements in the regular campaign outside of boss battles. I died. Over and over again. Everything is still a little too brutal for my liking. This is one of those expansions aimed at serious players of the original game looking for a more extreme challenge, which to me has always been a mistake in that it assumes too much of the audience. Still, I did gain added respect for the core Dragon Age engine and the control it affords over a party when pausing and issuing orders. It was a good reminder that there are really a couple of ways to play the game.

Saying that The Descent meets expectations may be damning this DLC with faint praise, but that’s also a fair summation of what it offers during its seven-to-10 hours of action. This is a pure sideline quest to the events of Dragon Age: Inquisition that plays out in a completely linear fashion and has no impact on the greater world. There isn’t anything particularly wrong with such a hack-and-slash dungeon crawl, especially one that features the fascinating background and backstory of the Deep Roads. But given the involving saga of the original game plus compared to the well-received and expansive Jaws of Hakkon DLC, which opened a whole new territory, it’s a little disappointing that this new adventure is rather too closed-off and insular.

View Comments (132)
Back To Top
6
Fair
About GameSpot Reviews

Spending seven or eight hours underground in The Descent made Brett realize that he might be claustrophobic after all. 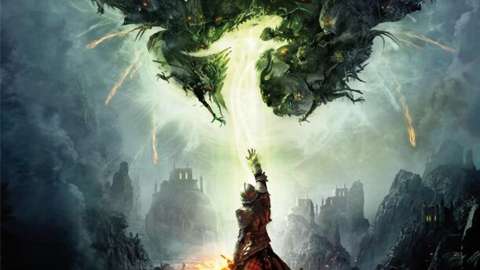