Dracula Resurrection is a somewhat interesting adventure only because it's quick, easy, and atmospheric.

At the end of Bram Stoker's Dracula, the evil count was destroyed, turned to dust after being exposed to the rays of the setting sun. The hero of the book, Jonathan Harker, and his wife, Mina, were reunited, as her ailment was lifted with the death of the first and most famous of all vampires.

Dracula Resurrection, a point-and-click adventure game from DreamCatcher Interactive, begins seven years after the primary events of the book. Mina has begun acting strangely, and some force is drawing her back to Transylvania. Harker follows his wife in hopes of saving her and finds that, indeed, Dracula is undead and well. But exactly how he returns from being a few handfuls of dust is never made clear. Perhaps the designers thought sunlight was an insufficient way to kill a vampire, even though it's been a staple of the vampire mythos. Whatever the reason, Dracula's titular revival is never explained or even discussed. He's just back, and the game begins from this shaky foundation.

Attempting to write a sequel to such a seminal horror novel is an understandably treacherous task, and so it's probably for the best that Dracula Resurrection has such a thin story. Other than the setup and the conclusion, there's very little in the way of narrative. As Harker, you must explore two major areas - the town surrounding Dracula's castle and the castle itself. Exploration is done from the first-person perspective typical to adventure games. You move from static point to static point, and at each node you can look around and interact with people and objects.

In the town, your primary task is to find a way into the castle. In the castle itself, you must rescue Mina and escape. Each area is filled with puzzles, but Dracula Resurrection is surprisingly easy. It's not because the puzzles are logical but simply because every area is somewhat self-contained. The game tells you quite clearly when you can use an inventory object within your environment, and the objects you will use are often very close to where you'll need to use them. Simply clicking every object in your inventory on every object in view will get you through the majority of the puzzles in Dracula Resurrection. There's no way to die in the game, so there's no real punishment for simply trying everything and anything. And if you're stuck, chances are you just haven't searched the area thoroughly; plus, you won't have to move far to find the item you need.

There are only two puzzles that actually require any sort of deduction on your part, and as a result the game often seems like a process of mindless trial and error. Many of the puzzles are repetitive; most involve finding some way to unlock a door or passage. And this is easier than it sounds - there is only a handful of objects that act as keys, and you'll use them over and over again. The puzzles are both a curse and a blessing for Dracula Resurrection: They're illogical and repetitive, but at least they're easy.

The problems with the puzzles and the story would make Dracula Resurrection a complete waste of time if it weren't for one factor that almost tips the scales in the game's favor: the graphics. The game looks stunning. The environments are truly creepy, from the shadowy interiors to the dark, snowy roads. There's significant detail in each location, and there's a general sense of foreboding that would be really scary if it weren't so apparent early in the game that nothing bad is going to happen. Though the animations of moving from one location to the next are few and far between, they're also great.

But the characters are even better. They're both realistic and stylized, and they're certainly some of the best-looking rendered human characters ever to appear in a PC game. These characters are featured in several exciting cutscenes, two of which are especially good. It's unfortunate that the whole game can't carry the momentum of these sequences.

Unfortunately, the voices take away from the overall quality of the characters. The Transylvanians don't speak like Eastern Europeans - instead, they speak with American or British accents. And Jonathan Harker, the stalwart hero, has an unbecoming squeak of a voice. Only Dracula's voice is passable, yet he makes only a brief appearance.

That's right: The count isn't in the game for any considerable amount of time. He simply makes an appearance, sort of like Charlton Heston in Beneath the Planet of the Apes. But he isn't much of an adversary, and Harker has more trouble with locked doors than with the Count himself. Early in the game, Dracula tells his henchmen that he is off to London, thus leaving Harker to wait until the sequel for a face-to-face showdown with the count.

Dracula Resurrection is somewhat interesting only because it's quick, easy, and atmospheric. It's very short, so even novice adventure gamers won't have much trouble finishing it in a few sessions. The designers have evidently planned to make a sequel, and hopefully that game will be a more concentrated attempt to live up to the source material, or at least to the beautiful shell that decorates this otherwise shallow game. 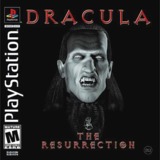 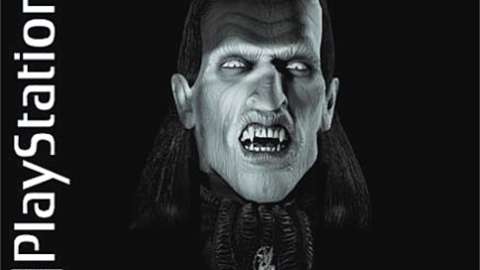 Dracula Resurrection is a somewhat interesting adventure only because it's quick, easy, and atmospheric.