Draconus: Cult of the Wyrm Review

It's the kind of game that titles like Eidos' Deathtrap Dungeon and Universal's Xena: Warrior Princess should have been.

More hack-and-slash/walk-and-punch adventure games have come out over the last year than in any other time since the days of the Super Nintendo and Genesis. Only a few, though, have adequately instilled the thrill of the old 2D titles - where timing and skill ruled the day - into 3D gameplay. It's funny that Treyarch, a developer known best for its PC title Die By the Sword, would be able to do that with its first console game, a 3D hack-and-slash with a brain called Draconus: Cult of the Wyrm.

In the game, you take on the role of either the muscle-bound knight Cynric or the sorceress Aeowyn. Just as Cynric has superior hand-to-hand combat capabilities and access to more weapons, Aeowyn is more adept at casting magical spells - though she's no slouch when it comes to swordplay either. While your elven allies wage war against the overwhelming armies of the dragon X'Calith, you must sabotage key points in your enemies' offensive or defensive line. Those nasty dwarves using a magical engine to help speed up the production of weapons for the wrong side? It's got to be taken out. Hordes of insects picking away at the elves' main division? You'll have to go after the queen. As in the film Braveheart, the story succeeds in inspiring you to want to see terrible things done to the bad guys, only here you're prompted to take a more active hand.

Several key elements make Draconus smarter and more compelling than similar titles, but paramount among them is its combat system. In many games of this genre, you can avoid all injury during a fight by continuously (and monotonously) holding down the block button and attacking when your opponent pauses for a moment. In Draconus, you can deflect shots by using the block button, but every time an enemy's weapon connects with your shield, your character instantly drops his guard. Because of that, you have to work as much on your defense as on your offense, and it turns every battle into a fresh challenge.

Another of the game's pluses is its save system. Though VMU save options only come around at the end of each level, you can set checkpoints for yourself at any point in a stage, which establishes where you'll re-spawn if you die. This comes in handy often, as the levels are large, your missions are multitiered, and the bosses are consistently tough. Though each level is expansive, you'll never wander aimlessly for too long since your map provides checkmarks showing key locations to which you'll need to travel. That said, you'll also be rewarded for taking the time to explore - at least if you can find the hidden wisps, which grant you massive health charges or "blessings" that you can use to gain new skills and spells.

Although there is some slight pop-up and some seams show, Draconus' graphics are simply fantastic. The levels have a variety of sharp-looking textures, its character models are excellent, the spell and flame effects are often stunning, and the game camera works well enough that a Zelda-style lock-on mode is unnecessary. Draconus' audio is likewise impressive, with an appropriately cinematic score and voice work from people whose pipes have been heard in such films and games as Who Framed Roger Rabbit?, Star Trek, and Legacy of Kain: Soul Reaver. Little things - such as how it's not as much fun to play as Cynric, the anticlimactic endings, and the occasional missing bit of extra polish - detract enough to keep Draconus from being an absolute A-list title, but it still ends up providing a lot of fun. In the end, it's the kind of game that titles like Eidos' Deathtrap Dungeon and Universal's Xena: Warrior Princess should have been. With any luck, a few developers are taking notes. 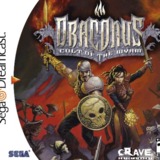 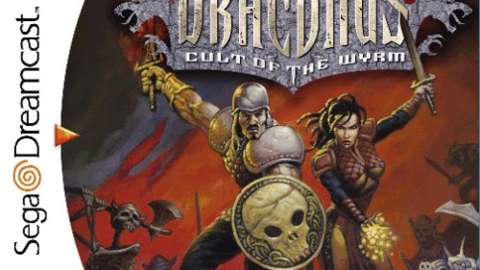 Draconus: Cult of the Wyrm

It's the kind of game that titles like Eidos' Deathtrap Dungeon and Universal's Xena: Warrior Princess should have been.

7.9
Sign In to rate Draconus: Cult of the Wyrm