Dr. Robotnik's Mean Bean Machine is a fun little puzzle game that's just not quite worth the price of admission.

Originally released in 1993 for the Sega Genesis and now available on the Wii's Virtual Console, Dr. Robotnik's Mean Bean Machine is an Americanized version of the popular Japanese puzzle game Puyo Puyo. Like so many other puzzle games from the time period, Mean Bean Machine's premise is simple, but the gameplay is quite challenging. It's still a fun game after all of these years, though there are many other, cheaper ways to get your Puyo Puyo fix.

Rather than simply toss Dr. Robotnik's name on the game and call it a day, developer Compile added a story to justify the name change. Dr. Robotnik (of Sonic the Hedgehog fame) has decided to make sure that no fun or music remains on the planet Mobius. To carry out this plan, the evil doctor has created a mean bean-steaming machine that turns the planet's poor, unsuspecting resident beans into robots. It's your job to set the beans free.

The gameplay is quite simple: Pairs of beans fall from the top of the screen, and as they fall, you must rotate the beans in an effort to group together four like-colored beans. When four or more beans of the same color are grouped together, they'll disappear and send "refugee beans" to your opponent's screen. These refugee beans can only be gotten rid of when surrounding beans are erased. When the beans reach the top of the screen, it's "game over." There are three different gameplay modes: scenario, two-player versus, and exercise mode. The scenario mode pits you against a lineup of bad guys with the simple goal of filling their side with beans first. The basic mechanics are easy enough, but you'll need to work quickly and put together combos if you're to beat the CPU, because just two levels in, the game gets quite difficult. Because the game quickly becomes challenging, you'll want to make use of either the Wii's ability to save a game state or the game's password feature to continue your game. The two-player mode pits you against a friend in what is basically the scenario mode, but without the riveting story. And fear not couch potatoes, you won't actually get any exercise in the exercise mode, because it's simply a way to practice without an opponent.

Mean Bean Machine's graphics aren't anything too exciting, but the simple, colorful visuals hold up just fine. Because each different bean has its own unique look and shape, even color-blind players can enjoy the game--something that's still a rarity in today's puzzle games. Sonic fans may be disappointed by the lack of tunes from that particular series, but the music isn't bad, and the main theme is particularly catchy.

While Dr. Robotnik's Mean Bean Machine is a pretty good puzzler, it's difficult to recommend for 800 Wii points, especially when there are several free Puyo Puyo clones available on the PC. But if the Wii is your sole means of playing games, and you're in desperate need of a puzzle game, you could do worse than Mean Bean Machine. 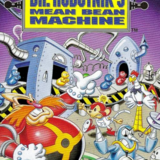 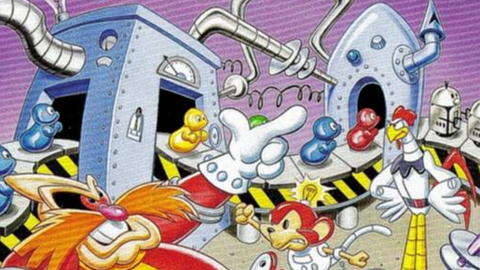