Update: Three years on, Downwell continues to be a gripping, fast-paced action game that thrives by pushing you into taking huge, exciting risks. The new Switch version of the game is on par with other versions but carries a few unique pros and cons. Playing Downwell in the Switch's standard handheld mode means that the vertical play area of the game is dramatically reduced in size, which makes it hard to follow the game's frenetic action. On the other hand, the console's unique capability to remove the Joycons and position the screen as you wish allows the game's built-in tate mode (which optimizes the play area for vertical screens) is perfect for an undocked Switch, provided you have some method of safely propping up the body of the console at a 90-degree angle (like the Flip Grip). Downwell's play area perfectly covers the whole screen in this method, and it's a wonderful way to experience the game. -- Edmond Tran, February 1, 2019, 10:00 AM AEST

Original text, published November 6, 2015: Jumping into a bottomless pit is terrifying. Gravity shows no mercy and no matter how prepared you might be, you’re probably going to hurt yourself. Downwell’s premise embodies this fear. Downwell is a game about diving into the unknown and learning to adapt to the consequences, and it’s a thrilling, action-packed descent.

In Downwell you control a character using only three inputs: left, right, and an all-purpose action button. Pressing the action button while on the ground makes your character jump. Pressing the action button while mid-air causes your character to fire a limited number of bullets downwards, and these bullets can break destructible floors, eliminate enemies, and let your character hover for a brief period. There is only one objective: get to the bottom. And when you die, you start from scratch. The basic systems are straightforward, but the benefit is that it makes the game especially easy to pick up and play. Eliminating the need to think about moving in any other direction, or even switching between two separate buttons to jump and fire, successfully allows players to completely concentrate on the task at hand.

Each level is randomly generated, and there’s no way to stop and look ahead to gauge what enemies or traps may appear. There are pickups that increase your health, ammo capacity, and give you new kinds of weapons, but there’s no guarantee which pickups you might stumble across. End-of-level character upgrades give you useful abilities, such as causing blocks to explode into bullets and the ability to consume dead bodies for health, but are also chosen from a randomly selected pool.

These rogue-like elements are nothing new, but Downwell’s unique contribution to the mix is its use of gravity. The only way to progress through the game’s stages is to keep dropping down, and as it turns out, gravity makes your character fall pretty damn quickly. Downwell’s design focuses on dealing with the situations caused by unseen dangers below you as you fall into them at great speed. Your character is vulnerable from the top, and if you don’t manage to deal with an enemy once you’ve dropped past, it’s usually safer to keep jumping down before they bear down on you. The narrow, vertical stages leave little room to manoeuvre, and death comes quickly if enemies trap you. Aside from avoidance, jumping on heads and shooting is the only way to deal with enemies, but certain types can only be defeated by one or the other. Learning and correctly responding to these dangers as you speedily free-fall through the stages is a mentally taxing, but satisfying task if executed successfully.

The speed of the game is frustrating at first, and it’s tempting to try and take it slow, descending one platform at a time, making sure all enemies are clear, and taking a short breather before moving on. It’s also tempting to hold out for your favourite weapon module, one whose damage spread and ability to slow your descent matches your preferred playstyle. This works for the first few levels, but past the game’s first world, this calculated approach only causes even more frustration. Terrain traps are introduced, which cause damage if your character lingers too long, a time-based mechanic forces a race to the end of the level, and solid platforms to rest on become increasingly scarce. But once you start to become familiar with the game’s array of obstacles and learn how to better react to situations, playing Downwell at a quicker pace becomes incredibly enjoyable. Keeping up with your character's fast falling speed and making snap decisions on how to deal with enemies while speeding past platforms can occasionally lead to disaster. But managing to hurtle through a large stretch of a level while dealing with everything that comes your way without even touching the ground is a joyus feeling, when you pull it off.

"...managing to hurtle through a large stretch of a level while dealing with everything that comes your way without even touching the ground is a joyus feeling, when you pull it off."

Your character begins each run with a small amount of health and bullet capacity, and one method of improving these traits is to find pickups in side-rooms that occasionally appear throughout the stages. The caveat is that each pickup also acts as a new weapon module. This clever design decision results in some interesting choices: To replenish health in a near-death situation or upgrade your weapon capacity for later levels, you must change your weapon to something you may not necessarily be comfortable with. While learning to be familiar with how to use all the weapons can be a nice side-benefit, at times the weapon available may turn out to be completely unsuitable for the kind of trials that may lie ahead. Never knowing if a decision you make is going to severely hurt you is initially annoying, but you soon come to appreciate the additional layer of unknown to the game’s equation, which positively magnifies Downwell's ever-present sense of danger.

Downwell’s biggest incentive to keep playing fast and risky is the game’s combo system: Every enemy the player kills before touching the ground counts towards a combo multiplier, which can eventually reward you with increased ammo capacity, and large amounts of currency to spend at sporadically-placed upgrade stores. Because your character has a limited number of shots in the air before running out of ammo, and jumping on enemies refreshes that ammo, maintaining a long combo becomes a challenging feat of perception, quick decision making, and adept execution. Leaping on an enemy while avoiding another, shooting a gap in the floor and falling through it, then stabilizing yourself and manoeuvring to a position where you can stomp onto another enemy to refresh your ammo is an action-packed thrill. Learning the skills and vocabulary of the game gives you the confidence to risk chaining large combos, and it’s at this level where you can experience Downwell's most exhilarating moments again and again.

"Learning the skills and vocabulary of the game gives you the confidence to risk chaining large combos, and it’s at this level where you can experience Downwell's most exhilarating moments again and again."

The idea of plummeting into the unknown is terrifying, but Downwell is a game where the systems coerce you to take big risks, and enjoy the reward and thrill of pushing your limits to achieve a new personal best. The difficulty and diligence required to master Downwell does not make it an easy task, but its straightforward controls, utilitarian lo-fi presentation, and steady stream of exciting moments make the journey a consistently enjoyable and engaging experience, no matter how many times you may die on the first stage. 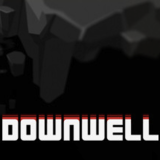 Edmond Tran has spent over seven hours with Downwell on PC, and countless more on iOS. He recommends you play Downwell with a DualShock 4 and vertical monitor setup. 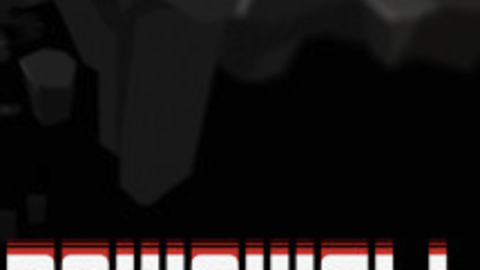