A beatdown to a simpler time.

In Arc System Works’ revival of the classic Double Dragon series, we have evidence that some video game throwbacks can be too authentic for their own good. Double Dragon IV is a direct sequel to the NES version of Double Dragon II (oddly not Double Dragon III)--and when we say "direct," we mean it. This is an odd game that, quite literally, could’ve appeared on the 30-year-old system and felt right at home.

While this might sound great in theory if you have nostalgia for the 8-bit era, reality tells a different story. The original Double Dragon games still hold a special place in many an older gamer’s heart, but they are products of their time. Later side-scrolling brawlers would vastly surpass the primitive action of the series' Lee brothers. Capcom’s Final Fight and especially Sega’s Streets of Rage would go on to take the mantle of top brawlers in the 1990s, so seeing a sequel to the NES version in 2017 is a bit strange.

Double Dragon IV staunchly replicates the NES games' graphics and mechanics, complete with incredibly annoying screen tearing and flickering. Characters are crudely drawn, hit detection is sketchy, and the gameplay itself wavers between mindless and unfair. Some enemies stand around senselessly or rush blindly at you, and others start attacking with projectiles before they even appear onscreen. Compared to a modern brawler, the moveset--though slightly enhanced since the early ’90s--is limited. You have a punch, kick, jump kick, and a couple of minor “special” moves like an uppercut. Regardless, you can get through most levels by spamming basic attacks.

Repetition has always been a problem with brawlers, but Double Dragon IV really doesn’t overstay its welcome. Like the originals, it takes around 35 to 45 minutes to complete. Levels are short, transition story panels are slight, and while the scenery changes, there’s not a lot of variety in the level design.

In light of a few sections that require pixel-perfect accuracy on your part, Double Dragon IV's stiff controls add an unnecessary layer of frustration to seemingly simple platforming. At one point, there’s an odd level inside a freight ship that includes spiked ceilings and traps, that lead to a lot of annoying instant deaths. Tricky level design isn't unusual for Double Dragon, but unfortunately, it serves to highlight how sluggish the controls are.

So, Double Dragon IV isn’t a good game in a modern sense, but it certainly is an honest trip back in time that will, if nothing else, offer a heavy dose of nostalgia for anyone with a fondness for the Lee Brothers' 8-bit adventures. Frankly, it mimics its source material perfectly. It’s a worthwhile historical artifact if nothing else, but absolutely cannot match the vast improvements in gaming since those early days. 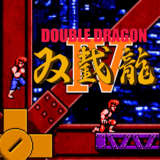 Jason D'Aprile spent about five hours getting knocked around in Double Dragon IV while wondering what happened to his lost youth. GameSpot was provided with a complimentary download code for the PC version of Double Dragon IV. 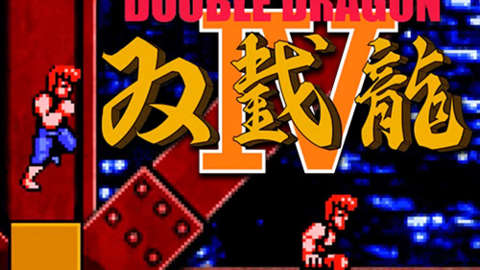 The next entry in the side-scrolling action game series Double Dragon is finally here! The story picks up after the elimination of the Shadow Warriors in Double Dragon II!