Complicated and unresponsive controls combined with uninteresting gameplay and a disjointed story keeps Prizefighter down for the count.

Don King is one of the greatest, if not the greatest, promoters of all time. The spiky-haired bombastic orator could sell you tickets to your own funeral with one of his patented verbose and sometimes hard-to-follow rants. Don King Presents: Prizefighter needs such a salesman behind it. But even the loquacious Don King can't spin Prizefighter's disappointing gameplay and poor controls into something worth $60. And that's saying something.

Prizefighter's main draw is its Career mode. Here, you make a fighter with the game's fairly robust creation tools. Once you're done, you'll guide "The Kid" from obscurity to the limelight throughout the course of his career. You book your own fights, and you'll generally have two or three fights from which to choose. There's not a tremendous variation between most fighters, but there are some twists here and there to keep things interesting. One fighter puts something on his glove that makes it hard for you to see, another fighter has the judges in his pocket, and one guy runs out of gas after six rounds, so you'll have to wait him out. This sometimes feels contrived, and it can be frustrating to fight with a broken hand that you never saw your fighter break, but it does help mix things up a bit. After you've won a few of those bouts, you'll unlock a new fight, which is basically a boss fight.

Your created fighter's attributes start off terrible, but he won't be awful forever. Once you sign a contract for a fight, you'll have a few weeks in which to train. There are five ways to train: heavy bag, speed bag, jump rope, focus mitts, and shuttle run. These are all simple minigames where you mash buttons or hit specific buttons as fast as you can. The better you do, the more your attributes will improve. If you don't feel like doing the minigames yourself, you can autotrain and skip the workouts, but if you select this option, you won't get much of a boost.

Career mode's most unique feature is its story, which is told via video interviews with such personalities as Don King, Mario Van Peebles, Larry Holmes, and even a Penthouse Pet. However, the short one- or two-line clips are hard to follow, they're pretty boring, and the whole thing is poorly done. In addition to video clips, you'll receive voice and text messages that move the story along and present choices for your boxer. You're offered training sessions, movie roles, shopping trips, dates, and supplements--it's up to you whether or not you accept. Anything that distracts from your training will lower your boxer's attributes but will likely raise his media profile. The game doesn't really explain what having a high media profile does though, so going out with a woman and losing hard-earned attribute points isn't really an enticing offer.

Not everything about the story is bad, though. Every once in a while, your trainer will tell you about the old days and you'll get to fight part of a classic bout. The fights aren't anything amazing, but they're kind of neat and break up the monotony of the career a bit. They consist of short challenges and use a sepia filter for an old-timey look. You're given a goal, such as last the round to knock someone out, and if you accomplish it, you'll unlock a fighter like Joe Louis, Ken Norton, Larry Holmes, or Rocky Marciano to go along with the game's roster of current fighters like Shannon Briggs, Andrew Golota, and Kelly Pavlik. It's not a great collection current pugilists, but at least there are a lot of them.

Of course, a boxing game doesn't need a storyline, Penthouse Pets, or Mario Van Peebles if the boxing itself is good. But Prizefighter's boxing isn't, and it's not good for a number of reasons. The key problem is the controls, which have a steep learning curve and are unresponsive. There are 31 different punches you can throw, each with its own unique input. You can jab, throw a straight punch, or unleash a left or right hook, depending on which face button you press. You hold the right trigger to go to the body, press two face buttons at once for an uppercut, hold the right bumper plus a face button down for stepping punches, and press the left bumper with a button for a signature punch if your meter is full. Given enough time, it's possible to become competent with the controls, but it's frustrating to fumble around trying to learn while the AI pummels you. Even when you do learn all of the controls, you'll be hamstrung by how unresponsive they are. You'll frequently press a button and not see the punch thrown until a full second or more passes--if it gets thrown at all. As a result, you'll end up mashing buttons and hoping for the best. This is a poor tactic, however, because it's so easy to run out of stamina early in your career.

You might think that a game with such complicated controls would be sim-like, but that's not the case with Prizefighter. At the beginning of your career, you'll have to lean back to occasionally avoid flurries if you want to be successful, but once you've gotten your stamina up, you can stand toe-to-toe with your foe like a pair of Rock' em Sock' em Robots. You'll get knocked down a few times, but knockdowns are little more than a speed bump. It's not uncommon to get knocked down two or three times in a fight and still win easily. Of course that means you'll have to knock your opponent down even more, so you'll spend a great deal of time watching fighters pick themselves up off the mat. To give you some idea of how ridiculous the knockdowns are, at one point in our career we were 20-6 and had knocked opponents down 124 times while being knocked down 62 times in 162 (90 second) rounds.

Another thing boxing games simply must do that Prizefighter doesn't is make punches look and feel powerful. Every once in awhile, you'll get a good flurry of devastating punches, but often, they'll graze the other fighter, won't make a sound effect, the sound effect will be late, or the punch will clip right through the other fighter. When you add up all of these problems, you're left with a frustrating, often boring boxing game.

Online play potentially could have spiced things up, but entering tournaments or fighting ranked and unranked bouts with another person is even less fun than fighting the CPU. Playing online adds even more lag to the controls and makes the boxing more frustrating--you'll sometimes get "hit" when your opponent didn't even throw a punch. When you toss in the fact that for some reason it takes a lot longer to knock other players down online, you'll be disappointed with Prizefighter's online offering.

The first thing you'll notice about Prizefighter's visuals is that they're far less impressive than Fight Night Round 3, which was released more than two years ago. There's not a tremendous amount of difference between many fighters' appearances, and while they may employ different tactics, it's tough to find much variation between fighters' animations. Between rounds, you'll notice that fighters' faces bruise and their eyes will swell closed, but the camera is far enough far from the action during the rounds that these details are tough to see. And when the camera is close to the fighters, it’s often at an angle that makes it hard to play, so the last thing you’re worried about is how the fighters look. The arenas look fine, but none of them are especially interesting. That's the thing with Prizefighter's presentation--it's not very interesting. Nobody shows much emotion, there are no fighter entrances for the first few hours, the crowds are tame, the first few arenas are deadly quiet, the announcer is subdued, and the cutscenes are poorly produced. At least the game has a good soundtrack with the likes of George Clinton, Run DMC, Boston, Blue Oyster Cult, Young MC, John John, and Kottonmouth Kings providing customizable entrance tunes and background music.

With a roster of more than 30 real fighters, a lengthy Career mode, and Don King's presence, Prizefighter does have some things going for it. Unfortunately, all the positives are outweighed by negatives, such as boring fighting, poor controls, and dull presentation. There's no reason to go the distance with Prizefighter--Fight Night Round 3 is still the champ. 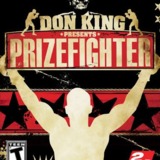 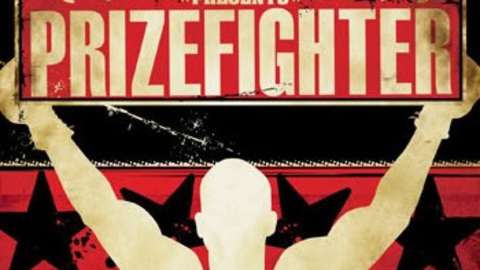 This boxing sim aims to expand gameplay beyond the ring, chronicling a fighter's rise to stardom in a documentary-style narrative.