Dominions II is a game that's brimming with ideas of what a fantasy strategy genre game should be. Unfortunately, it's also saddled with tons of micromanagement issues and a cumbersome interface.

Dominions II: The Ascension Wars is a throwback to days past, when guys who worked in garages while churning out strategy games was the industry norm rather than the exception. What those games lacked in production values, they made up for in deep strategic gameplay. Clearly influenced by such classics as Master of Magic, Dominions is a game that's brimming with ideas--perhaps too many--of what a fantasy strategy game should be. In its effort to include everything and the proverbial kitchen sink, Dominions is a game that offers tremendous depth but also has an unwieldy user interface and a prodigious amount of micromanagement.

The game's basic premise is that the god of the world has disappeared, and the race is on to replace him. Your job, as a pretender god, is to defeat all other claimants to the heavenly throne. To do this, you have to increase your religious dominion, either peacefully through conversion or militarily through conquest. Basically, Dominions is about a holy war in a fantasy middle-Earth.

Right off the bat, it's clear that this game is not for the faint of heart. You need to be a dedicated strategy gamer to get past the relatively lackluster graphics and the steep learning curve. Your first goal is to choose a nation that your pretender god will preside over. Just to illustrate some of the depth and complexity in the game, we'll point out that each nation is made up of a different race, each with different abilities, units, and creatures. Meanwhile, each pretender god has its own unique powers and abilities, and that affects the nation they lead in both good and bad ways. Playing the nation of man with the dragon pretender can be easier than playing with the vampress pretender, and so on and so on. You also choose what school of magic to specialize in, what kind of fortress to build (this affects many aspects of the game), and any special customizations for your nation. There are a dizzying number of potential combinations so far, and you haven't even started playing the game.

Once you do begin, you're dropped onto a world that's divided into provinces. As with other strategy games, you start off with just your home province and must expand from there. Each province has a native race living in it. Conquer the province and you can start building that race's military units. And, not unlike a wargame, each province is also rated for income, supply, resources, defense, and unrest. So, once again, the complexity and depth of the game show through in the large number of variables at play.

Dominions II is a turn-based game but not in the traditional computer strategy game mold. Rather, the system is very similar to those found in strategy board games. Turns are divided into two phases. During the planning phase, players plot their moves simultaneously. You issue movement orders, adjust production queues, research and cast spells, forge magic items, assemble and organize armies, bid on mercenaries, construct buildings, and so on. Once everyone has finished the planning phase, the game executes the host phase by resolving all actions and automatically generating the results of all battles. The results of the host phase are then displayed, and players begin a new planning phase again.

This is a game that can satisfy the dreams of fantasy strategy gamers everywhere. You can do virtually anything you want, and the possibilities are almost limitless. However, as you can probably gather, it translates into a lot of micromanagement each turn. And it gets progressively worse the larger your empire becomes. You get more provinces to manage, more production queues to set, more armies to organize, and so on. There's a lot of busywork that you have to do. In fact, there's so much that you may find yourself wondering if an empire is worth the hassle. For example, the production system is geared so that you can only churn out so many units per turn, and these units aren't allowed to move unless you have a commander leading them. You end up having to constantly shuffle unit stacks around the map just so you can gather and organize your forces.

The army formation option is an interesting feature. Not only can you group units into squads, but you can lay out formations on the battlefield, and you can issue tactical commands in advance. So it's possible to arrange it so that pikemen are up front, archers are in the rear, and cavalry are on the flanks. However, that's about the extent of your influence, because combat is a completely noninteractive affair. Since it takes place in the host phase, it's automatically resolved. The best you can hope to do is watch a replay of the battle. However, it's hard to gauge what's going on due to the general lack of feedback, in addition to the slow pace and the 1998-era graphics.

The overall game suffers from a lack of graphical polish, but that's to be expected considering the game was developed by just two people. To their credit, some of the maps in the game are reminiscent of the hand-drawn maps found in thick fantasy novels like The Lord of the Rings. However, other maps are poorly drawn, so it's hard to discern any features on them. Also, units are made up of a crude collection of sprites that look like they're refugees from a decade-old strategy game. Furthermore, the game renders the 3D terrain in battles to such an extent that it's possible to bring a modern, high-end system to its knees. It's completely inexplicable.

The game's turn-based system makes it ideal for multiplay, and the board game-like rules allow players to all make their moves simultaneously before resolving everything in the host phase. However, you have to know someone else with the game beforehand, since the game lacks a server browser or any kind of matchmaking capability. So it may be hard to rustle up a single opponent, let alone the 17 supported in the game. Human competition is preferable to the AI, though. The computer opponents are either pushovers or nightmarish. As the computer handles all the busywork in maintaining and growing an empire effortlessly, it's not unusual to see it marshalling huge armies on your borders while you struggle to assemble a meager defense.

Finally, Dominions packs a steep learning curve, yet somehow it ships without a tutorial or any kind of walk-through in the manual. The developers tout that the interface has been streamlined from the original Dominions, but it's still a cumbersome system to learn. It's also inexplicable as to why a game as complex as this doesn't ship with a tutorial--either in-game or in the manual. Instead, the best option available is to download a 19-page, fan-written walk-through from the Internet.

As previously mentioned, Dominions is a game of staggering depth and complexity--qualities that most fans of strategy games highly appreciate. However, even for some of the most hardcore fans of turn-based strategy, the sheer potential of Dominions II will not be enough to salvage it from the overwrought and cumbersome gameplay. 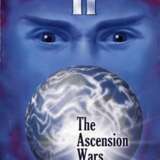 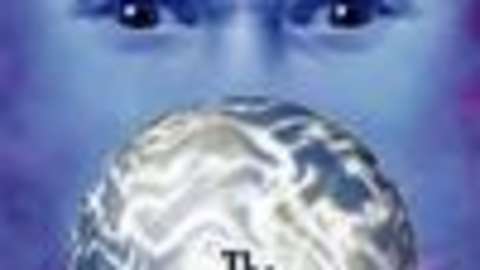 Dominions II is a game that's brimming with ideas of what a fantasy strategy genre game should be. Unfortunately, it's also saddled with tons of micromanagement issues and a cumbersome interface.

7.7
Sign In to rate Dominions II: The Ascension Wars