Playing Divide is akin to experiencing deja vu over the course of several hours. It’s built on a promising sci-fi premise, but each new area, encounter, and objective feels cyclical and repetitive to the point of tedium and frustration.

Divide's story blends elements of corporate greed, familial ties, and time travel with David at the center; a widower left sorting through the mess left behind when his wife passes away. After receiving an urgent message from a man who worked with his late wife, David takes his daughter Arly and meets with the man, who gives David a suitcase without explaining what’s inside. In the midst of a weird mishap with the strange technology inside the case, David is separated from his daughter and flung into the future, where he teams up with a young woman named Eris trying to escape a planet dominated by corporate control.

Divide is an isometric game with elements of RPGs and twin-stick shooters. It’s a unique blend for a narrative-driven sci-fi game, and it oscillates between interesting and maddeningly dull. The main mechanic is driven by a pair of contacts David wears that allow him to interact with technology in the world via an augmented-reality UI. Using these contacts, he can hack into servers, upload data, control aspects of the environment, and even amass new abilities to interact with enemies.

It works well--until it doesn’t. The contacts don’t become activated until you guide a reticle around David’s body using the right analog stick, and although it’s satisfying to discover new points of interaction in the environment--sort of like a digital treasure hunt--it’s frustrating to use the interface in any capacity other than fixed objects. Attempting to use it on an enemy proved fatal on multiple occasions when I’d fixate on one foe and attempt to hack them, only to have them move slightly and completely throw my alignment--and thus my aiming--off. The sensitivity can be adjusted, but it feels awkward regardless.

These problems are amplified by Divide’s poor communication of objectives and location. A majority of the game is spent wandering aimlessly in sterile, repetitive environments, each looking practically identical to another in layout and presentation. The level map is difficult to read, the purpose and significance of different icons and actions aren’t clearly specified, and clues are easily missed in seemingly throwaway conversations with NPCs.

The level flow follows a familiar pattern of wandering around the environment looking for specific terminals and uploading information to gain clearance to a new areas. Divide offers flavors of Metroid-style backtracking, but instead of new weapons or abilities used to progress, you’re rewarded with a clearance that allows you to unlock doors. The similarly constructed environments mixed with just a handful of occasional new elements and abilities to break up the pacing make Divide feel like one long, homogenized experience. Wandering around an area without any clear direction or information quickly becomes tedious and frustrating.

Divide has a solid sci-fi hook, and like many forms of science fiction, it explores multiple themes in its Philip K. Dick-style narrative: the dangers of capitalism, corporate greed, maintaining a healthy family dynamic, and a humanist view of freedom from oppression. It explores all these elements to varying degrees of success. It’s easy to sympathize with Eris accompanying David, who wants nothing more than to escape the planet and the overreach of its techno-fascist state. The interactions with David and his daughter are believable and, at times, gut-wrenching, especially when they venture into discussion about her mother and her fierce dedication to work. Even the villains have a delightfully evil charm and chew an appropriate amount of scenery with glee.

Divide stretches on for a bit longer than it probably should, but the strengths of the story are heightened by decent writing and voice performances throughout. Conversations feel organic and real, line deliveries have a satisfying amount of emotion, and each character comes across as genuine. But the strength of the story is undermined by a game that poorly communicates necessary information and is built on repetition to the point that it loses the personality contained within the characters. If there’s a second meaning to the title, it describes the division between a strong narrative and mediocre gameplay that would’ve been better served with more variety and direction throughout. 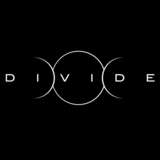 A longtime sci-fi and RPG fan, Cassidee completed Divide in about 13 hours. GameSpot was provided with a complimentary copy of the game for the purpose of this review.