Casper Jackson, one of the rescue members in the new isometric survival game Distrust, is having a hard time of it. He's starving. He's sleepy. His helicopter crashed. Along with a single survivor, he's now stuck at a research base in the middle of nowhere in Antarctica outrunning aliens who've wiped out the local scientists, and at last the madness hits him.

"Why didst thou promise such a beauteous day and make me travel forth without my cloak," he yells randomly to the uncaring elements.

Most people wouldn't consider auto-recalling the specifics of Shakespeare's 34th sonnet under extreme duress as insanity. But that's how Distrust sees it, ranking it alongside violent outbursts and hearing voices as one of the conditions that haunt Casper and his fellow crew members. Your goal in Distrust is to keep all these conditions at bay while maintaining your satiety, stamina, and warmth across six randomized zones, all while digging through shelves, boxes, and piles of trash for clues and supplies. Fall asleep, and the aliens appear. And if you fail and let them catch you? If you starve, freeze, or just go bonkers? Game over. The aliens win. The randomization makes it maddeningly tough, even on the easier of its two modes, but it's also entertaining once you slip into its rhythm.

Antarctica is one of the few places left on earth where you know no one's around to help you. H.P. Lovecraft understood its potential for horror, as did John Carpenter when making the 1982 film The Thing, from which Distrust draws heavily. But rather than body snatchers, aliens here are "anomalies," which initially manifest themselves as glowy clouds akin to swarms of butterflies when you're sleeping, or menacing black balls with a white corona, sort of like little solar eclipses on the run. They're at their worst in their latter state, when they hunt you down and devour you by merely getting too close. More frightening incarnations eventually show themselves, but sadly, you'd be wrong to expect alien horrors of the sort that leaves you cranking up the lights to 150 watts.

The greatest horrors here are instead those that spring from the simple drive for survival, and usually to good effect. Even without aliens playing tag, your status bars for satiety, warmth, and stamina dwindle with every passing second, forcing quick lessons in multitasking and prioritization. Failure can be as simple as freezing to death, particularly if you stay outside too long without finding a well-insulated coat or run out of fuel for the facility's furnaces. Even seemingly "safe" food can give you food poisoning if you lose one of Distrust's many coin toss prompts, such as one that asks if you dare ignore a little mold on the edge of your noodle cup. Worse, your crew's ridiculously accident-prone, as they cut themselves on all manner of crates and metal lockers, requiring precious bandages to patch up their carelessness.

Despite the repetitive sight of grey buildings and snowy backgrounds, repeat playthroughs of Distrust feel meaningfully different thanks to variety found elsewhere. There's great variability in the crew itself. Your pick of two companions from a pool of three characters feels limited at the start, but quickly expands the offerings to 15 as you both tick off achievements and discover people lying unconscious within the facility. Some, like the Kurt-Russell-esque Olaf Haraldson, handle the cold better than their peers. Casper Jackson can outrun and outwalk everyone else. Some even come with helpful perks, like Irma Dillinger and her blessedly slow metabolism.

Pick the best two of the bunch, though, and you'll likely still fail, and fail often. Like so many roguelikes, Distrust attempts to keep the inevitable repeated playthroughs interesting with randomized locations for assets like buildings, tools, and food. The catch? Distrust can feel unusually unbalanced in this regard. In some playthroughs, it practically shoves food and gear in your face, but you're just as likely to wind up in an instance with little else besides spoiled food and a laughable absence of generator fuel.

Distrust complicates this already punishing setup further by insisting you manage other factors such as the the little madnesses mentioned above, as well as a strategy for killing anomalies by luring them into warm buildings (while they suck up your precious fuel at the same time). The madnesses and conditions themselves sometimes demand an excess of attention, particularly myopia, which prevents you from guiding the crew member to the other side of the map without steering him or her click by click. Match this with the mildly annoying camera, which doesn't center on your heroes when you click their respective hotkeys, and you'll find you're losing too much time that would be much better spent guiding your other crew member to dig through safes and cabinets.

But if everything goes according to plan and you aren't backed into an inescapable corner, you're looking at a roughly six-hour playthrough. That may seems short, but chances are the vagaries of Distrust's randomization will leaving you taking much longer to reach its end, and even after six hours you'll feel as though you've survived a trial by fire. Victory is a warm feeling in this world of cold. As Casper might tell us in his Shakespeare-quoting reveries, the challenge makes crossing the finish line feel all the most rewarding, "lest light winning make the prize light." 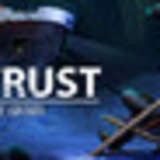 Leif Johnson writes about video games on a remote ranch near the Texas coast. For the purposes of this review, he played Distrust for around ten hours using a copy of the game provided by the publisher. 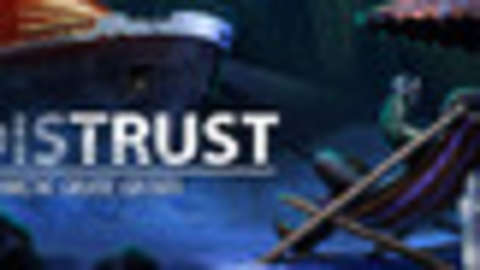