Disney's Dinosaur thundered into theaters last summer, and not surprisingly it has now landed on the PlayStation. The game combines action, puzzle-solving, and a dash of RPG elements into a fairly interesting amalgam, but unfortunately what could have been a decent game is marred by a few problems.

The story of Dinosaur is one of cretaceous proportions. A misplaced dinosaur egg is rescued by a family of tree-dwelling lemurs, including the zany Zini. The egg hatches into Aladar, a strapping iguanadon, and he lives in peace with his newfound mammalian friends. All does not remain well, though; the great meteorite that is assumed to have wiped out the dinosaurs falls from the sky, and suddenly Aladar, Zini, and their pterodactyl friend, Flia, find themselves in a struggle for survival against the desolation of a postapocalyptic world. Joining the great dinosaur herd, the three companions must make the trek across a long desert to find the sacred nesting grounds, a fabled valley where water and plant life are still plentiful. It is, of course, your job as the player to guide them there.

Uncharacteristic of most licensed games, Dinosaur is actually fairly complex. Rather than being a straightforward action game featuring only Aladar, Dinosaur casts you as the iguanadon, Zini, and Flia, and the three can be controlled interchangeably. All three have different skills. Aladar is the strongest, Zini is quick and mobile, and Flia can fly. Teamwork among the three is required to reach solutions to most puzzles. For instance, Aladar can break large rocks with his tail, and Zini can then collect the resulting smaller stones to use as weapons. The three characters have a collective inventory in which to store healing and other items, and a rudimentary experience system raises their levels to unlock greater attributes like strength and speed. It's nice to see a bit of depth in a movie-based game.

Dinosaur may have been competently designed, but its execution is flawed. The game is simply a chore to play for several reasons. Foremost, its control is very slow and awkward, and the inaccurate collision detection sometimes makes walking around obstacles a tedious endeavor. Dinosaur is also excessively difficult at times. Though teamwork is emphasized in solving problems, the objectives themselves aren't all that interesting. Finally, the graphics are nothing to write home about, and though the game features FMV taken directly from the visually impressive movie, the PlayStation's video hardware does enough to degrade the footage so that it's not nearly as appealing.

It's nice to see a movie-licensed game that contains ambitious design elements, but Dinosaur never really comes together into something truly fun. It requires you to work too much to accomplish the objectives, and for too little reward. The storyline follows the film's fairly closely, so if you're interested in Dinosaur, you may be better off simply renting the movie instead. 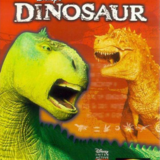 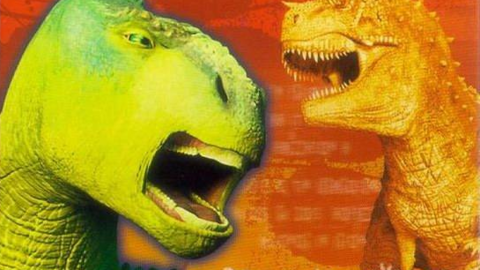