Even if you take into account that Disney Sports: Skateboarding is intended for a younger audience, that excuse doesn't explain away all of the game's problems and shortcomings.

From the title alone, you wouldn't expect Disney Sports: Skateboarding to go head-to-head with the likes of Tony Hawk's Pro Skater. Still, you'd think Konami would at least have had the decency to fashion a lighthearted rendition of skateboarding that would appeal to younger players. Despite the presence of a few familiar Disney cartoon characters, the game is so devoid of quality that no one could possibly enjoy it.

The game's overall design is fine. It's just not implemented very well. You can select from four familiar Disney characters--Mickey, Donald, Goofy, and Minnie--and take them skateboarding in seven different skate parks. Each character is able to perform only eight unique tricks at the beginning of the game, which is far short of the 50 or so you can perform in other skateboarding games. The other dozen tricks are hidden within the levels themselves or are available for purchase after you collect a specific set of items. Even then, you can perform these hidden techniques only when your magic meter is filled. To make matters worse, the controls are so unresponsive that it's nearly impossible to perform the tricks you want to perform. The skate parks themselves have a healthy number of pipes and rails for you to trick off of, but two of the four included gameplay modes restrict your ability to capitalize on these objects, since they require you to gather checkpoint items in a limited amount of time. The two other gameplay modes are audience and free skate, which are both pretty useless considering how difficult it is to actually perform trick combinations.

Just by looking at it, you can tell that Disney Sports: Skateboarding doesn't live up to the standards set by similar games. The artwork and animation are shallow, to the extent that Mickey and the rest of the Disney gang look like cardboard standees instead of lively video game characters. At the same time, no effort was made to disguise the fact that every skate park is composed of the same half-dozen rails and halfpipes as all the rest. Worse yet, there aren't any shadows underneath any of the items you need to collect, which pretty much ruins the three-dimensional look of the isometric viewpoint, since you never have any sense of perspective to give depth to the surroundings.

Of all things, it's the game's audio that turns out to be its best aspect. There's a decent variety of sound effects, and the music lends a happy twist to the onscreen action. It's too bad that there aren't any voice samples for the included Disney characters, but that's really the furthest thought from your mind when you're actually playing the game.

Even if you take into account that Disney Sports: Skateboarding is intended for a younger audience, that excuse doesn't explain away all of the game's problems and shortcomings. Whether you're 6 years old or 26 years old, it's still a bad game. 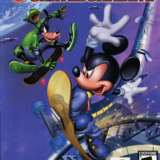 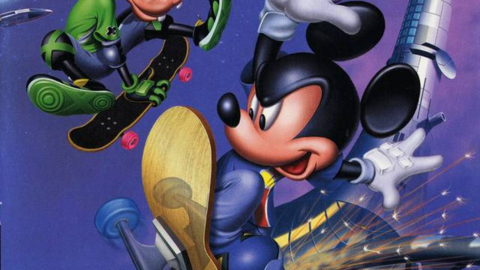 Even if you take into account that Disney Sports: Skateboarding is intended for a younger audience, that excuse doesn't explain away all of the game's problems and shortcomings.