Objective of my desire.

In Dirty Bomb, ruined London streets and abandoned train stations play host to multiplayer skirmishes where teams fight to complete objectives amid a hail of white-hot gunfire. It's a twitch shooter at its most extreme: an arena of quick kills, high energy, and tired pinky fingers mashing down the sprint key. This fire-from-the-hip shooter arms you with shotguns, sniper rifles, knives, and, fittingly enough given the ongoing motifs, a cricket bat. Unfortunately, a lack of fresh ideas keeps the game from being memorable, while some bothersome glitches and lag stifle your enjoyment.

The formula is a recognizable one. In fact, if you're well-versed in shooters, you can spot where Dirty Bomb derives its influence. There are ingredients from Counter-Strike, Team Fortress 2, Call of Duty, and, of course, developer Splash Damage's own shooter Brink; it's a melting pot of good ideas from the past. These all too familiar elements, however, prevent Dirty Bomb from defining its own identity and standing out among the crowd of its brethren. Even its name sounds like the last to survive a whiteboard list of slashed, rejected titles. But it's not as if the game isn't fun to play. It's fast and frantic, it looks great, and the running, jumping, and shooting elements have an excellent tactile fluidity that makes the high-speed combat instantly accessible and able to entertain for hours. Beyond that, however, it just doesn't do anything special.

There is a shred of Brink's spirit still alive within Dirty Bomb: a freedom of movement, heavily toned down. Though made by the same creator, the two games aren't really siblings--more like cousins that used to jump over chest-high walls in their youth. The free running, however, has diminished to hopping off walls, either to adjust your movement angle or to reach higher ledges. And that's actually just about it. The maps do a fine job of supporting wall bouncing, though. Stairs descending at a sharp angle can be bypassed with speed by jumping and giving the elbow a swift kick, propelling you forward. Small ledges in many games have to be circumvented by foot, but Dirty Bomb encourages you to embrace speed, allowing you to bounce from a wall to a new plateau while still moving at a vigorous pace.

Dirty Bomb is all about completing objectives. As the advancing team, your job is to plant C4 on targets, open doors and gates, or protect and transport an EV--an armored tank-like vehicle--to a specific location, all within a given time limit. On the other side, your enemies do everything they can to keep you from advancing. After the first round, the match enters a short intermission where the teams swap sides, switching from defense to offense and vice versa. You can also play stopwatch, which is objective mode except that the team that accomplishes its goals faster is declared the winner.

A separate competitive stopwatch mode adds party options and assigns a rank. It also takes the word "competitive" seriously. Before you join, you must agree that you will not leave or you will receive a punishment. Yes, a punishment. You are locked into a match, and simply quitting isn't quite so simple. Returning to the main menu, you are asked to resume the match in play. If you choose not to, the game automatically quits to desktop so you can think about what you've done. Booting the game back up, you are asked once more to rejoin the match. Choosing no again closes the game. If you are persistent, you face getting dealt with a short, temporary ban from playing the competitive mode.

Having players locked into the match does create other issues. From my experience, those who quit (and mean it) leave the match unbalanced. At times, they return to finish the fight, but that was uncommon in my many hours of competitive matchmaking. This left me in an awkward four-on-five, or worse, five-on-two, player match, as my remaining team received a punishment of a different kind: the one where you spend the remainder of the game getting pathetically slaughtered by overwhelming odds. Choosing to not accept a match invite will also result in a short ban--for me, only around two minutes.

Twelve distinct mercenaries make up Dirty Bomb's cast, many of which fall into the typical shooter roles. You have the run-of-the-mill soldier and support classes, as well as a hooded sniper, a swift-footed engineer, and medics. Only a smattering of mercenaries is available at the start, while a few others are temporarily unlocked in a weekly rotation. If you find a mercenary you like, you can unlock it for upwards of 50,000 in-game credits or, as this is a free-to-play game, for a fee of $9.99.

Both options, however, are a tad steep. Each finished match usually awards you with several hundred credits, so it will take many hours to earn enough to buy a single mercenary. The system is slow, and over time it can make the real-world cash option seem more reasonable. Occasional weekend events that award double experience points and credits do help, but you're still looking at a serious time investment. Another option is to drop some cash on a temporary credit booster that doubles your earned credits following each match, but that won't help if you don't plan on forking over any of the green.

Mercenaries are paired with loadout cards that, depending on rarity, offer divergent sets of primary and secondary weapons. They also come with up to three mercenary-specific augmentations--the amount changes with card rarity--that offer status boosts such as decreased reload speed or healing cooldown. New loadouts for your mercenaries are unlocked via cases, awarded randomly as you play. There are six forms of rarity with the cards, starting at the most common form of lead, then iron, bronze, silver, gold, and the ultra-rare cobalt. In my experience, most of the time you will unlock lead cards, but every so often, as luck ordains, you can walk away with silver card or even higher.

Dirty Bomb, however, does allow you to transmute lead into gold without it costing an arm or a leg. You stock up a hefty supply of lead cards the longer you play, but they're far from completely worthless. For several cards and a small fee of credits, you can trade the garbage cards for ones with a little more glimmer, and you can do so for a specific mercenary. The entire system, trade-ups included, is based on chance, so even if you trade for a rarer card, you still may not get the loadout you desire--so expect to spend a lot of time collecting cards. You can trade credits and cash for specific loadout cards, but, much like the pricey mercenaries, they do not come cheap.

Succeeding in a Dirty Bomb match requires strong team cohesion. The maps are designed to support bottlenecks and choke points, all of which can be exploited by the defense. Experience will tell you where on the maps the best placements for healing stations, mines, or turrets are, as well as the best class for the job. Having a team comprising mostly soldiers will help rack up the kills, but without medics things go awry fast. If you do find yourself in such a situation, never fret. Before the match begins and during the death screen, you can choose to jump in as a different mercenary from a squad of three that you build in the main menu. Keeping up communication, such as asking for someone to switch classes in order to create a stronger fortification or offensive push, helps maintain a stronger team as the match advances. Your best bet for consistent enjoyment is to run with a team. If that isn't an option, then you can help move the team in the right direction using the in-game microphone.

Dirty Bomb moves at a brisk stride, but can't help making a few awkward stumbles. Expect the game to occasionally freeze, crash, and kick you from matches--all three could cause you to earn a punishment if you don't return to a competitive match quickly enough. These problems, while annoying, are thankfully rare, especially compared to the far more frequent problem regarding lag. And I don't just mean the slight, second-long delays in the menu--which is also irritating. While playing, some shots that clearly miss can somehow strike a target, while bullets from your enemies can still find your fleshy posterior even as you round a corner into safety. More than once, while in the death screen, I saw the stationary ghostly figure of my attacker, and his or her shot going through a wall and striking my opaque mercenary in the back--leaving me to scratch my chin and sigh as I waited to respawn. It isn't necessarily abysmal or game-breaking, but if you're a competitive-shooting stickler like me, you will become increasingly aggravated as the game's lag-charged issues become more obvious the longer you play.

These are not new problems, either. Skimming through the game's forums, it appears that lag and other server woes have defined the Dirty Bomb's development for some time. From what I gather, the game does perform better now than it has in the past, but the road to stability continues to stretch onward. The game would also benefit from more varied maps and game modes. In its current version, there are only a handful of stages to play on, and with modes that range from objective or, well, faster objective, the game does eventually stray into tedium. There is a team deathmatch on its way, which might curb the monotony.

Defined by its predecessors, Dirty Bomb straddles the divide between old and new, never quite able to step out of the shadows of the games that came before. Still, if you're looking for a decent multiplayer shooter on the very cheap, Dirty Bomb is a fast-paced possibility. However, I'm not confident that the core will improve enough for the game to reach beyond merely ordinary. While Brink sits in history as a game that tripped on its path to fame, Dirty Bomb will be fortunate to be remembered at all.

Editor’s Note: On May 29th, 2015, we received notice from a public relations firm representing Dirty Bomb publisher Nexon that the game would be entering its open beta period starting June 7, 2015. The email invited us to review Dirty Bomb based on that period, calling the open beta “effectively the full launch of the game.” Accordingly, we published a full review of Dirty Bomb.

Since the review was published, Nexon has contacted us directly to let us know that the open beta is not actually considered a full, reviewable release, and that several more features are planned for the period before final release. These features include match reports, additional skins, more mercs, private matches, Execution mode, spectator mode, casual matchmaking, and at least one more map. For news on recent updates to Dirty Bomb, we recommend visiting the game’s official site.

GameSpot is happy to note these upcoming features in this editor’s note. However, we also recognize the potential for abuse in informing a publication that a game is ready for review, and then contradicting this information once the review has been published. Thusly, our review of Dirty Bomb will remain published as written. - KV, 6/26/2015 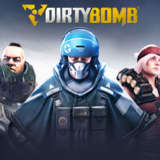 Cameron Woolsey spent much of his youth playing twitch shooters like Unreal and Quake, and that experience helped him settle into Dirty Bomb without much difficulty. For the purpose of this review, Cameron spent around 30 hours shooting, reviving, bombing, and generally having a good time, despite the frequent problems. Splash Damage's official public relations provided game code, along with a statement that Dirty Bomb's open beta period is actually considered full, reviewable release. 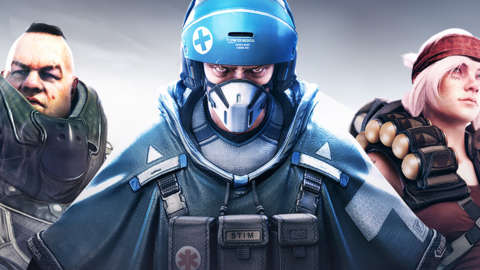