The latest attempt to translate the famous board game gets mired in some dubious design decisions and bad AI.

The original incarnation of Diplomacy is regarded as one of the greatest strategy board games ever made, and as a result, it has been translated to the computer on several occasions. But somewhere along the way, those versions lost some of the board game's charm. Now comes Diplomacy by Paradox Interactive, the strategy game maker responsible for Europa Universalis. On the surface, this Diplomacy looks to be a pretty faithful and straightforward translation of the board game. However, Paradox's Diplomacy runs into the same problems that the other video game versions of Diplomacy have encountered, and it's made much worse by some bizarre decisions made on Paradox's part.

At its heart, Diplomacy is a game about the disastrous alliances that led to World War I, and, as such, it's a game that relies heavily on human interaction. In the board game version of Diplomacy, you control a European power and must wheel and deal with your other players each turn. You have to gauge how much you can trust them, and create alliances of convenience to crush the current king of the hill. It's an incredibly intense experience, because you'll huddle with your own allies and make your plans, while other players (representing other countries) also huddle together and whisper in the corner. To make it worse, you don't know how much you can trust your allies, so the best you can do is make plans and then hope that they deliver on their promises during the simultaneous resolution phase. Needless to say, there are countless moments in the history of Diplomacy when players have been backstabbed by their supposed friends.

Paradox's Diplomacy gets the look and feel of the board game down, almost uncannily so. The board game has literally been translated to 3D, so what you'll see is a 3D representation of the board. You can pick up and drop little army and navy counters to determine your moves. Though Diplomacy has a fairly simplistic look, there's a complex set of rules that go along with it. To help you along, Paradox has set up an in-depth, multistep tutorial that will get you up to speed, though not quickly. The tutorial is a bit too convoluted and wordy for its own good, and it's made worse by some weird formatting issues that crop up in the text. Still, if you persevere for an hour or so, then you'll know enough to get going in the single-player campaign.

You'll quickly discover that this virtual version of Diplomacy unfolds just like the board game version. You take charge of one of seven European powers of the era, and each turn you must plot your moves, as well as negotiate with potential allies to get them to coordinate with you. Since the game is designed so it's impossible to win on your own, you must create alliances. Diplomacy's order system is a bit confusing at first, because you have to learn to not only plot your own moves, but also juggle multiple negotiations with other countries so that you can plot out those proposed moves. If a country accepts your ideas, you can then "convert" proposed orders into real orders, and then hold your breath in the resolution phase to see if that country keeps its promise.

Unfortunately, this version of Diplomacy suffers from several crippling issues, perhaps the biggest of which is the bizarre, avatar-based language system. Rather than using actual language to communicate between players, Diplomacy uses a system of universal grunts and other noises to communicate pleasure and displeasure. In the turn-resolution phase, you'll see the orders for the turn carried out, and you'll see avatars representing the various countries appear onscreen to grunt or aah to convey their reaction to the moves. It's difficult to understand what exactly is happening onscreen, thanks to the many quick camera cuts and shifts that make it easy to lose your orientation. All that you'll hear are just a series of grunts over and over again.

The artificial intelligence itself is also a big issue, since it has absolutely no sense of personality or memory. It will always backstab you if you leave your nation vulnerable, even if you've signed a permanent peaceful agreement with it. Considering that the entire point of Diplomacy is the idea that you're wheeling and dealing with a cunning opponent and weighing how much you can trust him or her, having an AI that doesn't emulate any kind of real human being just doesn't make sense.

Of course, it doesn't help that the multiplayer aspect of Diplomacy is crippled by the convoluted order and diplomacy system found in the single-player portion of the game. The entire point of Diplomacy is human interaction and figuring out how far you can trust another human being with your life. When you're reduced to mainly drawing arrows on a map, the sense of wheeling and dealing is largely gone. Diplomacy also suffers from some annoyingly long load times, which is surprising for a game that takes up a fraction of the disk space of other, modern games. When it's all said and done, this can be a painful experience at times. When diplomacy is reduced to grunting, you can imagine just how successful it can ultimately be. 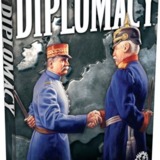 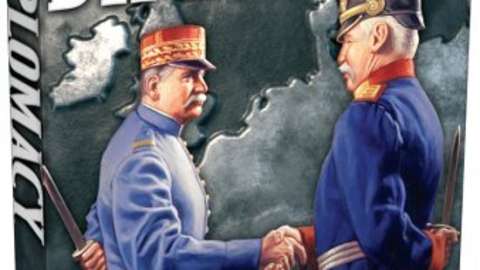 Set in Europe in the early 20th century, Diplomacy is about the power struggles and political relationships between seven nations. Its abstracted and simple gameplay puts the focus on the need for shrewd negotiations and overall strategy.