Not only is the interface clunky and awkward, but the artificial intelligence is terrible, and the multiplayer support is buggy.

Hasbro Interactive's Diplomacy captures the most basic elements of the original tabletop game but offers little else and suffers from so many problems that it's hard to imagine anyone finding any value in it. Not only is the interface clunky and awkward, but the artificial intelligence is terrible, and the multiplayer support is buggy and only marginally more interesting than the free Diplomacy-by-Internet resources already available on the Web.

The original Diplomacy re-created the struggle for supremacy in Europe at the dawn of the 20th century. Seven superpowers - England, France, Germany, Russia, Austria-Hungary, Turkey, and Italy - match wits and military might as they battle for control of the various supply centers scattered throughout the map. The game is like a more sophisticated and localized Risk, except that chance plays no role in the gameplay. Instead of rolling dice to determine the outcome of battles, results are based on the support units receive from adjacent troops and allies. As the name implies, diplomacy also plays a key role, as you must form and break alliances to meet specific needs throughout the game.

At a very basic level, Hasbro Interactive's Diplomacy re-creates all of these elements. You select a power to control and are whisked away to a stylish map of Europe on which you can move your armies and fleets. The game itself begins at the negotiating table, which features video-captured leaders superimposed over a computer-generated background. From here you can invite other powers into private rooms to forge alliances, request support for an attack, or suggest particular actions that the other power should take.

While the idea is good and captures the style of a tabletop (or play-by-e-mail) negotiating session, the actual negotiations are problematic. The culprit is the interface, which forces you to parse sentences in order to make requests of your computerized counterparts. For example, if you want Italy to move its fleet from Naples to the Ionian Sea, you must (in this order) click on the Italian flag icon, select the move icon, select the fleet you wish to move, select the Ionian Sea as a destination, and then click the send button. Click any one button out of turn and you have to start over. And it's not as if the buttons are all neatly arranged in one section of the screen - they're all over the place. Worse, the game doesn't always register your mouse clicks, especially if you go through the whole process quickly. And as if all that weren't bad enough, your computer opponents won't wait all day for you to figure everything out. Take too long and they'll simply leave the negotiating table, typically just as you click the last button in your request. Granted, the concept of the negotiations is fairly complex, but there must be a better and more intuitive way to implement it in a computer game. As it stands, you'll spend more time battling the interface than other world powers.Interface notwithstanding, if the other countries put up some semblance of a struggle, the game might have had some redeeming value. However, Diplomacy's most glaring problem is that the artificial intelligence in the game is absolutely terrible. Gamers of any skill level will have no trouble whatsoever whaling on the computer at even the highest difficulty setting. Victory is simply a matter of time and patience with the interface. It's not as if the computer doesn't scheme behind your back - it does, and it often teams up with allies to take a territory or two away from you - but such schemes come in fits and starts, rather than as a continuous or particularly challenging threat.

It doesn't matter much which country you decide to control, either. Even if you start as Italy, surrounded by potential enemies and with little territory, the game is easy to win. In numerous sessions, the computer-controlled England never even tried to claim any territory beyond what it held at the beginning of the game. Similarly, computer-controlled countries will follow even the most ludicrous of suggestions from you during negotiations, except when you've treated them badly for extended periods of time. For example, it's all too easy to convince a country to vacate one of its supply centers so that your army can march in and take over. And on a more basic level, the computer seems incapable of managing multiple strategic moves. While a human player can launch attacks on Greece and Belgium simultaneously, the computer always seems to focus on just one thing at a time. For this reason, the computer simply cannot compete against a human player.

The bottom line is that a complete game on even the hardest difficulty setting should last no more than 30 minutes. On the easiest setting, 20 minutes is more likely, and if you haven't taken control of Europe by 1910, you've probably done something wrong. That's scarcely the sort of gameplay that will keep hard-core strategists glued to their seats.

If you're not concerned with single-player games and would just like to use the game for online Diplomacy sessions, you might get a bit more enjoyment out of it. But ironically enough, the bulk of the game's crash problems have been traced to its multiplayer mode. Some were addressed in the 1.10 patch, but the game still drops you to the desktop at seemingly random times in both solo and multiplayer sessions.

Veteran Diplomacy fans will nonetheless be curious to know about the specific features in Hasbro Interactive's version. The timers are completely adjustable, so you can set how long each phase of the game lasts (negotiation 1, negotiation 2, issue orders, execute orders, conflict resolution, adjust strengths, and summary). Play-by-e-mail is supported, and the game offers a complete judge screen for adjudicating players' moves in games that you host. There are nine minor variations on the basic Diplomacy game, including a gunboat mode where the negotiating stages are skipped entirely. Other variants include 3-, 4-, 5-, and 6-player versions and a "shift" scenario in which players begin the game away from their home territories.

Even if its options sound good, you'd probably be better off just using the numerous free online Diplomacy resources for your gaming fix. More to the point, if you were looking for a good single-player version of Diplomacy, then you'll be sadly disappointed by the game. The artificial intelligence and interface problems are compounded by the bugs and a host of other flaws such as stuttering video, flaky unit selection in certain territories, and terrible tutorials, all of which serve to make the game an utterly forgettable remake of an undisputed classic. 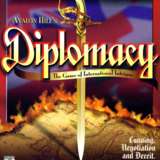 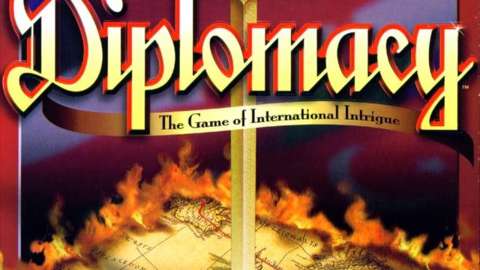 Not only is the interface clunky and awkward, but the artificial intelligence is terrible, and the multiplayer support is buggy.