If you've read and enjoyed the novels that the game is based on, or you're looking for a game for a younger gamer, Dinotopia can be a worthy choice.

Dinotopia, a popular series of fantasy novels for children, has successfully made the leap to the Game Boy Advance. Set in a medieval world inhabited by dinosaurs, this simple 2D platformer puts you on a quest to recover stolen tyrannosaur eggs from a band of evil pirates. While the subject matter may not have the greatest appeal to older gamers, Dinotopia is, in fact, a pretty solid game with very good hand-drawn graphics. Too bad it's just so short.

Your character, Clayton, is able to wield powerful magic and pilot a variety of vehicles in his journey across the land of Dinotopia. He'll need to run, jump, and battle various enemies on his way to victory, and he'll also get to ride a few dinosaurs along the way. As is the case with many games aimed at a younger audience, Dinotopia is extremely easy to play and a little shallow in the gameplay department. Yet the overall mechanics of the game are well implemented, and clearly a great deal of care has been put into the graphics and animation.

While the game is both easily accessible and generally fun, your adventure is over all too soon, in just several hours. Many of the levels are designed in a way that allows you to basically run straight through them, and slowing down and taking your time doesn't really serve that much of a purpose. The addition of more objectives would have added considerably to the overall experience.

Still, if you've read and enjoyed the novels that the game is based on, or you're looking for a game for a younger gamer, Dinotopia can be a worthy choice. Even if you aren't familiar with the source material, you'd find in a Dinotopia a decent-enough platformer with some very nice visuals. 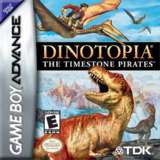 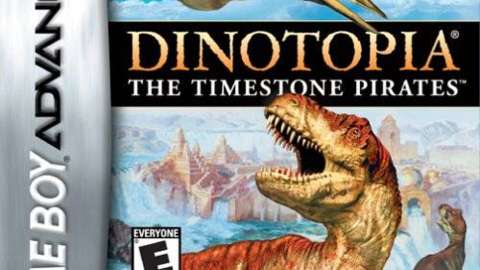 If you've read and enjoyed the novels that the game is based on, or you're looking for a game for a younger gamer, Dinotopia can be a worthy choice.